The Hague Meeting for The Last Resort

A report of the meeting held at the Wajid Meditation Centre, The Hague on 6th May 2011

Of the thirty participants at the meeting, except for two or three, all were sannyasins. Apart from the Dutch, among us were sannyasins from Belgium, Germany and Switzerland. After showing a 6-minute clip from the documentary, Death: The Greatest Fiction, I outlined the original vision I’d had about the hospice (see my letter about The Last Resort in Osho News), noting the amendments that had happened along the way.

Then, in order to find out the various skills and experiences participants brought with them, we asked for a show of hands as to how many had experience supporting someone dying, either professionally or within family / among friends? The majority had been. (At the end of the meeting, a form was handed out on which people were invited to provide more details about themselves, such as skills, relevant experience, and perhaps connections to others happy to support the project with their expertise, in donating a property, or making a financial contribution, etc.)

I also talked of a few of the possible forms The Last Resort might take, such as a stand-alone building; one that is combined with a nursing facility, with a guest house, or with a crematorium; and an outreach service — that is, providing support for the dying in their homes.

Pratito (a trained nurse who, for the past many years has been working in Intensive Care) then described another option. In essence, it is to create an Institute, in the first instance. Acknowledging the need to start small, she sees the Institute as a place that will:

– train sannyasins in the role of support person (the training, extending over 1-2 years, would provide participants with the skills to form a new profession. Returning to their towns, they could set up their own practice to provide a support service for individuals in their own homes)

– provide an education in meditation for clients, their friends and family, as well as the general public

– extend beyond a focus on preparing for dying directly and be a kind of wellness centre, providing – apart from meditation – sessions by sannyasins in massage, acupunture, color puncture, Reiki etc. providing a source of paid work for practitioners).

(The training room could also be leased out to trainers (e.g to sannyasins providing workshops in colour puncture, bodywork, etc.). This will provide a source of revenue for the Institute.)

Sannyasins trained in supporting a dying person through the Institute, and then working throughout the country with people in their homes, can act as good PR. Through their work, the need for a hospice such as we propose, might then be recognized. The hospice could be part of the Institute, perhaps one wing of it, with 4-6 beds to start with.

When the health system is open to embracing Osho’s idea of a special section in a hospital where people prepare to die consciously, the Institute will be proof that his proposal works, and works beautifully.

This suggested form of The Last Resort prompted many questions, comments and suggestions.

One was that the Institute be established in Wajid, Ute or the Humaniversity. A concern was raised as to possible prejudice against sannyasins from any official bodies needed in setting up the hospice/service and/or the public. The importance of the project complying with all regulations was stressed, along with the need, from the onset, for a person skilled in Public Relations. Such a person could forestall any such prejudice.

One participant in the meeting pointed out that there already exists a body of sannyasins working throughout Holland as support people for the dying. Where what the Institute will offer differs is that potential support people will receive an intensive training. This training will include looking at our own personal issues around dying and then addressing the many psycho-spiritual concerns of a dying person, their friends and family before, during and after a client’s dying.

The Institute would offer meditation classes for someone who is ill, from the day of diagnosis, right through their sickness, and for family and friends. The dying person could be admitted when their carer needed respite. So that, ideally, long before they are actually on their deathbed, they have had months in which to familarise themselves with meditation, and the space of witnessing, of entering emptiness, silence, stillness, and nondoing.

There were suggestions that the training could be conducted without an institute. Pratito’s response was for the need for a strong physical base. We want an Institute that is identifiable as an entity in itself (that is, not part of an already established Osho center). Such an Institute provides an environment specifically created for the clients, friends and family, inspired by Osho’s vision.

If Dutch sannyasins decide to take the next step, I suggested that they needed to be commissioning (and funding) a Feasibility Study. This examines the clinical, legal, social, financial and other considerations for any or all proposed forms of hospice.

Simultaneously, a website could be set up. This would not be open to the public but only for those wanting to be kept updated on progress. As such, it would only be accessible with a password. Rangeeni has volunteered to create this, free of charge.

Pratito is happy to receive communications by email (you can leave a message here), with your ideas, offer of help, etc. She and Rangeeni will collate the forms given out at the end of the meeting.

For updates please go to my blog at maneeshajames.com. 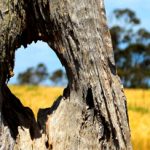 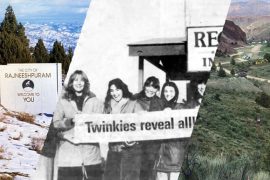 Once upon a time in Oregon 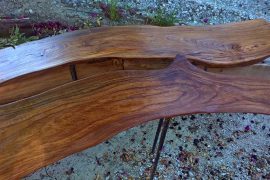 A visit to Ipswich Hospital