Ever since Pune 1 days, there have always been sannyasins living on Bali…yet it took until now for an Osho center to open its doors and it wasn’t any of us long-time residents who managed to do this!

Part of the compound

View from the top

Sourroundings, vulcano in the background

Waterfall on the premises

Shivraj came to Bali about 1½ years ago and felt an inner urge to establish an Osho Center on the island of the gods. The project was blessed from the start – while he signed the contract, three large butterflies flapped above him and the owner of the land…and then, against all odds such as not speaking the local language, not being familiar with Balinese village customs, he and his partner Karen rolled up their sleeves and set successfully to work.

Sometimes there were set-backs – for example, a few retaining walls collapsed during the rainy season – but they never gave up. And the opening of this lovely center is scheduled for October 1st.

They are ready to accommodate up to 50 friends and spoil them with superb vegetarian food in their open-air dining hall. The Osho Retreat Center is also an ideal place for workshops to happen and they plan on having two a month, depending on the length of the workshop. The beautiful round Buddha Hall also holds up to 50 people, and meditations, dancing, group work, Satsang and discourses will be held there.

Krishna Hall is a place where visitors can chill out and connect with each other, enjoying the spectacular surroundings. For those who love water, there’s a great waterfall to jump into the river from and also a tranquil waterhole to relax at.

Shivraj said, “I wanted to create a place where people young and old, who are friends of Osho or have never heard of him, can get a taste of what I experienced 34 years ago. A place full of wonder, discovery and celebration, where one can get a little closer to the friend inside of each of us, and meet new ones at the same time….”

Update 2014: this centre has now been closed.

Shivraj was born in Canada and has been at home in many countries. He took sannyas in 1978 and Greek Mukta took him under her wings and he worked with her in the gardens in Poona 1. He said it was she who taught him to say yes, no matter what! He has lots of experience with construction and landscaping, and for years he developed houses in Santa Barbara, California and Kaua’i (Hawaii). He worked as an Osho therapist in Sweden and Hawaii and is a facilitator for Byron Katie’s ‘the Work’. He met his partner Karen, who is originally from Iceland, a few years ago at a summer festival at Osho Risk in Denmark, and they have been together ever since. For the past year they have worked constantly to transform a raw piece of land in rural Bali into a piece of paradise, The Osho Bali Retreat Center. They are both committed to spread Osho’s teachings and meditations to old and new friends from around the world.

I Am Initiated Again

Osho Swan Nest: Inner and outer silence in the mountains 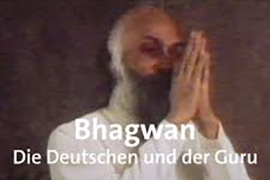