A review of Sanjiva’s recent CD. 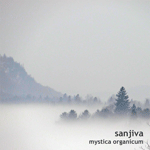 The first four piano tracks in this albums remind us of the music composed around Gurdjieff. They have that intensity and clarity we know from de Hartmann but they have, in addition, a dimension of lightness and uplifting spaciousness. The intensity is created by neat spaces of silences between the notes, repetition of patterns and absolute perfection in rendition. What makes the music round and soft, easy for us to invite in and to let it penetrate under our skin might come from what we have learned from Osho: celebration! A yes to all!

Despite the title ‘Interlude dans l’antichambre de la mort’ (Interlude in the entrance hall of death) the sounds approach us tentatively and so delicately like in a children’s song, whilst ‘Requiem’ (Mass of the dead) is, on the one side, an hommage to the classical versions and, on the other hand, almost a parody, as if saying that death is not as gloomy as advertised. Death as a change, a turmoil, but leaving plenty of room to escape on the edges.

The Kyotaku in ‘Contemplation‘, one of Sanjiva’s most cherished instruments, is at centre stage. This long Shahuhachi flute is traditionally used for meditative music in Japan. Here it weaves around the bass notes of the cello, together creating the depths we need to dive into meditation and the expansion we need to relax into it. A masterpiece!

With ‘Paix’ (Peace) we come back to the haunting piano. Despite the simplicity of the melody it creates an atmosphere of anticipation. What is coming next? What is behind the corner? It is a music that pulls you in. Even if you needed to go and do something, it will pull you back; you will sit down and listen to the music – and become silent with it.

‘Le courage de la liberte’ (The courage of freedom) is only a minute long but lovely as an ending. Birds flying off – into freedom. Yes, that is the picture. Thank you Sanjiva!

The album ‘Mystica Organicum’ can be downloaded from sanjivamusic.bandcamp.com along with 20 more of his albums, ranging from Japanese flute to ambient electronica.

Watch a video-track from this album: ‘Contemplation‘. 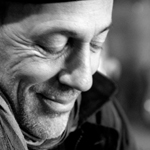 Sanjiva began his musical journey at six, first studying flute, then piano and guitar. He became a sannyasin in 1982 and later moved to Pune where he lived for 10 years. He played music in darshans, meditations and therapy groups. He learned to play the Kyotaku, a long Shakuhachi used for meditation, and in 1989, at Osho’s request, he composed the music for ‘The Secret of the Golden Light’ meditation. Since 2002 he lives in retreat in his native Canada, focussing mainly on meditation and music. sanjivamusic.com – facebook.com/sanjivamusic 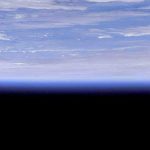 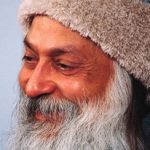 At Last You Are Back Home 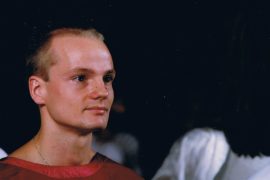 Sax in the attic 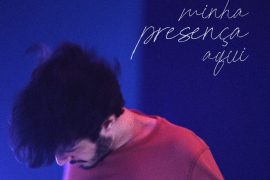 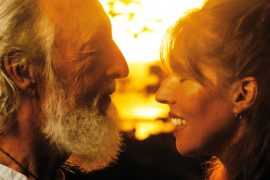