You must have seen a lingam, Shiva’s symbolic representation as phallus. There are millions of temples devoted to Shiva’s lingam. In fact you will never find a statue of him. His statues have completely disappeared; only the symbol has remained. The symbol is not only lingam; it is yoni also. It is both, man and woman. It is man into woman, it is sun into moon. It is the male meeting the female. It is yin and yang in deep sexual embrace. This is the indication of how the inner man meets with the inner woman, because the inner has no face. That’s why Shiva’s statues have disappeared. The inner is just energy, so the lingam has no form; it is just energy.

But the story is told…. Don’t be shocked by it, because the Western mind has become much too afraid of reality. 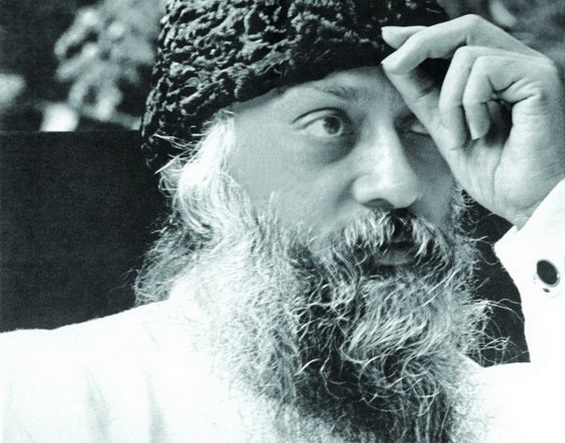 The story is that Shiva was making love to Devi, his consort. And of course when a Shiva makes love to his consort, it is no ordinary love. And he does not make love with closed doors; the doors were open. There was some emergency in the world of the gods, and Brahma and Vishnu and the whole crowd of gods had come to ask Shiva’s solution about some urgent problem. So they came in the room – the privacy of Shiva became a marketplace – but he was so deeply in love that he was not aware that a crowd was watching. All the gods became voyeurs. They could not leave, because something tremendous was happening. The energy was so high; they felt it. They could not leave. They could not disturb, because it was so sacred.

And Shiva went on making love, and on and on and on. The gods became worried, whether he is ever going to end it. And they were in such a problem that an urgent solution was needed. But Shiva was completely lost. He was not there, Devi was not there – the man and woman have completely merged into each other. Some unity has happened, a great synthesis, a great orchestra of energies.

It is the only
phallic symbol
in the world
worshipped as God,
without any
condemnation.

They wanted to stay, but then they become afraid of the other gods. That’s how the puritan mind works. They were very interested in seeing and watching, but they were afraid because if others saw them watching and seeing and enjoying it, their prestige was at stake. So they all cursed Shiva: “From today your form will disappear from the world and you will always be remembered as a phallic symbol”: lingam in yoni, sun in moon, the jewel in the lotus. “Now you will be remembered always as sexual orgasm.” This was a curse.

This always happens. I have one friend who is very against pornography, and his whole library is full of pornography. So once I visited him; I said, “What is this?” He said, “I have to read all the pornographic books just to criticize them. I have to be aware of what is happening in pornography because I am so much against it.” He is eating his cake and having it also.

The other devas cursed Shiva, but to me that curse seems to have proved to be a blessing, because the symbol is really beautiful. It is the only phallic symbol in the world worshipped as God, without any condemnation. Hindus have completely forgotten that it is phallic; they don’t think that it is phallic. They have accepted it deeply. And the symbol is beautiful because that is not only Shiva there, there is yoni also. Yin is also there. The lingam is placed in yoni; both are meeting. It is a symbol of meeting, of orgasm, of energy becoming one.

I am not saying that you will leave the outer woman. There is no need. Or you will leave the outer man — there is no need. But now the whole relationship will be totally different – very harmonious. It will not be a relationship of need; rather, it will be a relationship of sharing. Right now when a man approaches a woman it is a question of need. He wants to use the woman as a means. The woman wants to use the man as a means. That’s why all women and all men are continuously in a fight: basically they are fighting within themselves. The same fight is reflected outwards.

And when you are using a woman, how can you think the woman can be totally at ease with you, in harmony? She feels she is being reduced to a means. And no man or woman is a means. She feels she is being used like a thing, reduced to thing. hood. Her soul seems to be lost; that’s why she is angry. And she tries to reduce the man to a thing. She turns the husband into a henpecked husband; she forces him. And this goes on.

Once you are in tune with your inner woman and man, suddenly you are in tune with others also. Your inner conflict disappears; your outer conflict disappears. The outer is just a shadow to the inner. Then you can be related; or you may not be related. You are totally independent. Then it is whatsoever you choose it to be. If you want to be related, you can be related; but there will be no conflict. If you don’t want to be related, if you want to be alone, you can be alone; and there will be no loneliness. This is the beauty when one comes to an organic unity inside.

That’s what Patanjali’s whole effort is: how to transform the solar energy into lunar energy. And then, how to be a witness to both, meeting, merging, becoming one. How to be transcendental to them.

The mind will never allow you; unless you drop the mind. The mind always is divided because that is its very blood; it depends on division. So you are a man, you are a woman-this is division, this is mind. Who is a Buddha – a man or a woman? We have a symbolic representation of Shiva as Ardhanarishwar – half-man/ half-woman. That’s perfect. And that has to be so because you are born of a father and a mother – half of you comes from your father, half of you comes from your mother. So at the most the difference between a woman and man is a difference of emphasis; it is not a difference of quality. The woman is consciously woman, unconsciously man; the man is consciously man, unconsciously woman. That’s all the difference is. 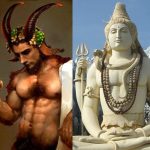 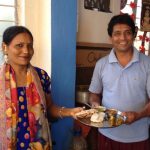 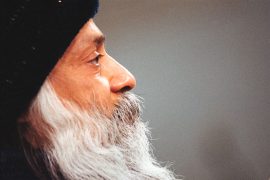 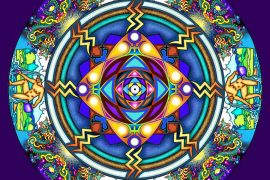 This precious moment: When an enlightened one dies