A shockingly wrongful assessment by the Swiss Supervisory Board EDI in response to Ramateertha’s complaint to the Swiss ruling about the OIF and the forged will of Osho.

Ramateertha explains more about his complaint to the supervisory board of the EDI:

As an ex member of the board of directors of the OIF, I was a so called ‘party’ in the procedure which also entitled me to have access to all the files of OIF. Being a party included also a lot of financial risks and as I paid already a lot of fees for the Swiss lawyer it kept growing more and more. Finally I decided to change my status to giving in an ‘ordinary complaint’ which took away my status as a party.

The ‘ordinary complaint’ gives the supervisory board the possibility to investigate in a way that they think is appropriate to follow. I have no more say in the matter.

Translation of the letter Ramateertha submitted in German to EDI:

I received the letter from the Federal Supervisory Board of Foundations of EDI dated 15 July 2015 via my lawyer Dr. Maurer, where it says that my regulatory lawsuit of 6 June and 11 December 2014 will not be acted upon and the procedure is therefore completed.

At this point I would like to address merely one passage of the Statement because it is significant to me.

Regarding the forged Testament, on page 2 of the Statement it has been ascertained:
“It is also to be considered that the establishment of the Foundation in 1984, and respectively a little later the bequest of the “artistic work” were carried out before the death of Osho in 1990. The allegedly forged Testament on the other hand is dated 28 July 1978 and thus some time before the formation of the Foundation and concurrently many years before the death of Osho. In this respect the (allegedly forged) Testament, in which Osho bequeaths OIF as sole heir, ought to be in any case obsolete because of the subsequent actual designation (allocation to Foundation).”

The author of these lines has made an alarming mistake. The Testament is not dated 1978, but it was – allegedly! – drawn up on October 15, 1989 – more or less 3 months before his death. With any diligence, the Foundation Supervisory should not have made this error.

Even a superficial examination would have shown that a (not yet) nonexistent Foundation cannot be made the sole heir in a Testament – let alone the fact that in 1978 the Trustee Mr. Michael Byrne was not known to the alleged testator Osho, nor did the testator use the name Osho at the time!

As a consequence the argument of the Foundation Supervisory collapses in itself and the question remains, that if the transfers of the “artistic work” from the time when the Testament was drawn up had been lawful – as the advocacy of OIF is so anxious to assert – why indeed would a “Testament” have been necessary?

On page 12 of the Petition of March 27, 2015 Attorney Mr. Auf der Maur asserts: The Testament is not the subject of the Regulatory Procedure. The Supervisory Body did not follow this content.

But for the sake of ‘good order’ Mr. Auf der Maur informs the authority that an expert opinion by a renowned forensic scientist from India was sought, who categorically denied that the signature of Osho was forged on the Testament mentioned. The name of the expert is unspecified, and no expert opinion was submitted.

One of the four (!) reports presented to the EDI was prepared by German graphologist Dr. Michael Riess. He is an officially appointed and sworn expert for graphology. During the years 1989 to 2012 he was Head of the Criminal Scientific Department at the Customs Criminal Agency in Cologne. His reports are being used in countless civil and criminal cases of all instances. He has trained investigators in forensic technology with the focus on graphology.

In his report he comes to the unequivocal conclusion that one of the two signatures of Osho that had been submitted is definitely fake because they are absolutely identical. Because the comparison signature of Osho clearly dates back to 1976 – and also those documents are with the EDI – the signature of Osho from 1989 can only be a forgery.

In my opinion the accusation of the forged Osho Testament incriminates not only the people involved creating the Testament; in this case it incriminates also the quality of the work of the Foundation Supervisory of the EDI.

Finally I would like to make it clear one more time that the forged Testament was my main motive that prompted me to file a disciplinary complaint.

Related article
Clarification and Analysis of the Most Recent Swiss Order 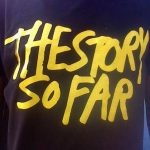 The Calais Jungle: The Story So Far 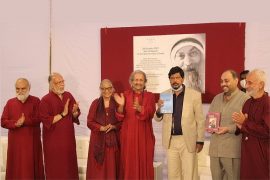 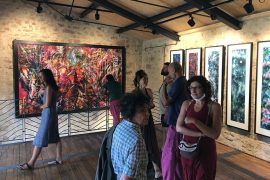