Article 42: This is the time either to destroy your whole Earth or to destroy all these arbitrary conceptions of nation, race and religion, to rebuild humankind and to make the whole Earth one humanity.

Seen from my perspective – circling together with you in this Solar System around the centre of this Galaxy, once every 230 million years, and right now your contemporary – the Earth is one.

I wonder if you got the same perspective, the same message from The Blue Marble, that famous photograph of the Earth, taken on December 7, 1972, by the crew of the Apollo 17 spacecraft, at a distance of about 45.000 kilometers (28.000 miles)?

It is one of the most iconic and among the most widely distributed images of the Earth in your human history. But do you understand its implications?

It seems that it is clear that the Earth is one… except for mankind! Therefore, my first advice would be – excusez le mot – fuck your nationalism! You are all Earthlings!

To quote Osho: “So in the lifetime of each of you, the decisive moment is going to come: either man commits suicide or, seeing that this is an absolute absurdity, man changes his consciousness. It often happens that under pressure people change – and there will never be again a greater pressure than is present today.

Understand the nonsense of nationalism, of you being an Englishman, an Iranian or whatever. Dis-identify your self from these fictions and slip out of them! All lovers of nations are traitors to humanity. The very meaning of patriotism is a betrayal towards humanity. Love for a nation means dividing the whole world into segments. Haven’t you seen that a person who is patriotic towards his region becomes an enemy of the nation? You can see it happening today, for example in Catalonia, Basque Country, Scotland, Kurdistan, Ukraine and Flanders.

Similarly, one who is patriotic towards his nation becomes an enemy of other nations. But this whole Earth is one! I suggest you to abandon the small for the vast. These small, too small enclosures, these dikes have troubled man enough! 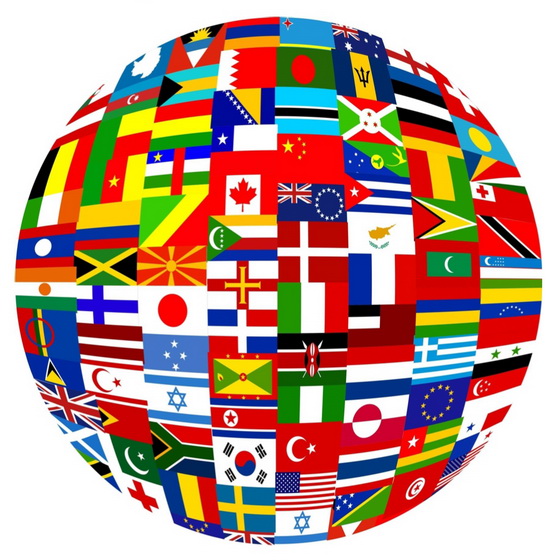 Go on widening the circles of your compassion. Continue and complete the sequence of your care and commitment. Make the next step in your journey of love which has started in the family group and has expanded in the tribe, the chiefdom and the state. Now let mankind be included and the planet we all inhabit as well. Say goodbye to concepts which are outdated, inefficient, very costly and extremely dangerous as well.

Since the rise of the state, about 5.500 years ago, military activity has occurred over much of the globe. The advent of gunpowder and the acceleration of technological advances has led to modern warfare.

In Understanding International Law, page 212, the author, Conway W. Henderson, writes: “One source claims that 14.500 wars have taken place between 3.500 BCE and the late 20th century, costing 3,5 billion lives – about half of the present world population – leaving only 300 years of peace.” In War Before Civilization, Lawrence H. Keeley, a professor at the University of Illinois, says that approximately 90–95% of known societies throughout history engaged in at least occasional warfare, and many fought constantly.

Previously, before the rise of states, it was ‘okay’ if wars, fought with bows and arrows, went on happening, there was ‘no much’ harm. If ‘a few people’ died, there was ‘no problem’. But now, war is total. Now, it is the suicide of all mankind. Now, every place can become a Hiroshima, any day, any moment. Consider the horror of this total war, think of how many human lives and how much suffering, energy and money is lost into it.

SIPRI therefore discourages the use of terms such as ‘arms spending’ when referring to military expenditure, as spending on armaments is usually only a minority of the total.

Top five countries by military expenditure in 2014. According to the Stockholm International Peace Research Institute SIPRI

As the world digs out from the economic downturn of 2009, it seems that annual growth in global defense spending is back. Total global defense spending is seen increasing 0,6 percent from $1,538 trillion in 2013 to $1,547 trillion in 2014, according to IHS Jane’s Aerospace, Defence & Security. It will be the first time since 2009 that the world grew spending on military hardware and armies since 2009.

This same energy can fill the entire earth with greenery, can fill it with prosperity. Nationalism is a great sin. It is due to this nationalism that so many problems exist in the world. So please, stop being a nationalist, break all those boundaries. These wars will continue as long as there are borders. These borders must go. Consider all human beings are cosmopolitans, citizens of the cosmos. They all belong to this single community, called mankind.

Listen to your good old Diogenes of Sinope of whom is said:

“Asked where he came from, he answered: ‘I am a citizen of the world.’ This was a ground-breaking concept, because the broadest basis of social identity in Greece at that time was either the individual city-state or the Greeks as a group.”

Diogenes telling Alexander the Great to stop blocking the sunshine. According to a popular story, on one occasion Diogenes had an interview with Alexander III, King of Macedonia. The king opened the conversation with “I am Alexander the Great,” and the philosopher answered, “And I am Diogenes.” Alexander then asked him in what way he could serve him. “You can stand out of the sunshine,” the philosopher replied. Alexander is said to have been so struck with Diogenes’ calmness, his peace and serenity, that he went away remarking, “If I were not Alexander, I would wish to be Diogenes.”

Your philosophers also have suggested good guidelines. Immanuel Kant reminded you already, in his 1795 essay Perpetual Peace, that “the Earth’s surface belongs to the human race in common.” This Earth is the common heritage of humanity.

His good advice can finally bring the human race closer to a cosmopolitan constitution. More recently both Emmanuel Levinas and Jack Derrida have explained how hospitality can be the guiding principle for the relationships between people in a cosmopolitan world. For Jack Derrida, the foundation of ethics is hospitality, the readiness and the inclination to welcome the other into one’s home. Ethics, he claims, is hospitality. All humans, and not merely compatriots or fellow-citizens, come under the same moral standards. The boundaries between nations, states, cultures or societies are therefore morally irrelevant.

Come to your senses! To quote Osho again: “We have lived in an insane way, and now it is a choice between insanity and sanity. If insanity wins, there will be no life at all. If sanity wins, life will become for the first time free from all superstitions, all boundaries, all divisions – one humanity, one earth; freedom of expression, freedom of movement, freedom to choose where you want to live. It is our earth.”

Thanks to Osho – both quotes are from his book ‘The Rebellious Spirit’, Chapter 12, Question 3 – and to Wikipedia

I’ve never been so happy!