The coming war on China 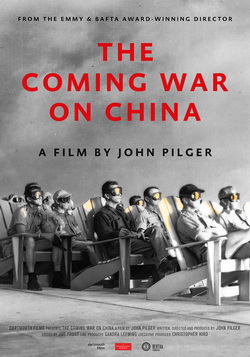 This documentary is not for the faint-hearted – or maybe just so. It is an alarming call to humanity to become fully aware of the destructive power of nuclear explosions.

The movie was filmed over two years in the Marshall Islands, Japan, Korea, China and the US, revealing the build-up of US military in the Pacific. A comprehensive selection of archive footage and several interviews show and explain dire events hardly anybody outside the region knows about.

The first part of the movie shows the catastrophic plight that was unleashed in the Marshall Islands (again, little known outside the region except maybe for the name Bikini Atoll), where, in the fifties, the indigenous people and their islands were subjected to the equivalent of a Hiroshima bomb exploding on a daily basis for twelve years.

The lives of the people, who settled the Marshall Islands during the 2nd millennium BCE, took a terrible turn and their recollections about having been used as guinea pigs are painful to bear. The radiation levels are still extremely high and many fish are unsafe to eat. Although I have researched several websites about reports that the people of the Marshall Islands have been compensated for their terrible ordeal, the amount of money mentioned varies so much that I cannot cite any such information as credible.

However, to this day, the ‘Ronald Reagan Ballistic Missile Defense Test Site’, commonly referred to as the ‘Reagan Test Site’, is an active missile test range in the Marshall’s, covering about 750,000 square miles (1,900,000 km2) and includes rocket launch sites at the Kwajalein Atoll (on multiple islands), Wake Island, and Aur Atoll. It primarily functions as a test facility for US missile defense and space research programs, and test missiles keep on being launched into the lagoon at a cost of $100 million a shot.

The base commands the Pacific all the way to Asia and was built, says official archive film, ‘to protect America from communist China’.

This brings us to the issue about China.

“Another shadow now looms over all of us. This film, The Coming War on China, is a warning that nuclear war is not only imaginable, but a ‘contingency’, says the Pentagon. The greatest build-up of Nato military forces since the Second World War is under way on the western borders of Russia. On the other side of the world, the rise of China as the world’s second economic power is viewed in Washington as another ‘threat’ to American dominance.

“To counter this, in 2011, President Obama announced a ‘pivot to Asia’, which meant that almost two-thirds of all US naval forces would be transferred to Asia and the Pacific, their weapons aimed at China.”

The documentary offers a short interesting foray into China’s history including the opium wars and some of their surprising participants, and shows modern China and her people in a way rarely presented in the usual media who view China archaically still as the ‘Yellow Peril’, similar to the way Russia is viewed as a constant threat to global ‘security’.

Naturally nobody is lily-white among the powers that be, and parts of the interviews John Pilger conducts are quite revealing and not in a good way.

What remains is the fact that the US dominates the Pacific because they can but not because all of it is their sovereign territory.

“Today, some 400 American military bases encircle China with missiles, bombers, warships and nuclear weapons. They form an arc from Australia north through the Pacific to Japan, Korea and across Eurasia to Afghanistan and India. It is, says one US strategist, ‘the perfect noose.’

“In secrecy, the biggest single American-run air-sea military exercise in recent years – known as Talisman Sabre – has rehearsed an Air-Sea Battle Plan, blocking sea lanes in the Straits of Malacca, cutting off China’s access to oil, gas and other raw materials from the Middle East and Africa.

“It is largely this fear of an economic blockade that has seen China building airstrips on disputed islands and reefs in the South China Sea. Last year, Chinese nuclear forces were reportedly upgraded from low to high alert.

“This is not news, or it is news distorted or buried. Instead, there is a familiar drumbeat identifying a new enemy: a restoration of the psychology of fear that embedded public consciousness for most of the 20th century. The aim of The Coming War on China is to help break the silence. As the centenaries of the First World War presently remind us, horrific conflict can begin all too easily. The difference today is nuclear.”

John Pilger’s clarion call in his closing statement is, “Can we really afford to be silent?” 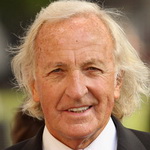 John Pilger is a widely known respected Australian journalist based in the United Kingdom. Since his early years as a war correspondent in Vietnam, Pilger has been a strong critic of American, Australian and British foreign policy, which he considers to be driven by an imperialist agenda. Pilger has also criticised his native country’s treatment of Indigenous Australians and the practices of the mainstream media. He has twice won Britain’s Journalist of the Year Award. His documentaries, screened internationally, have gained awards in Britain and worldwide and he has also received several honorary doctorates. johnpilger.com 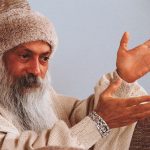 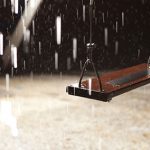 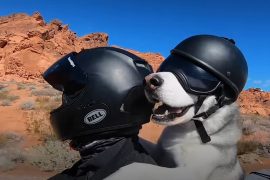 A bucketlist for two 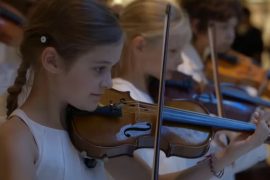 This is what we did then… 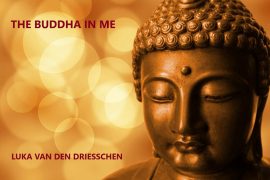 The Buddha in Me