Lost in bliss is the hazard of the fifth plane

In the fourth part of a series of 10, Osho continues to speak on the fifth body: “Even though the ego is intrinsically dead on the fifth plane, I-am-ness still persists.”

Before crossing the fourth plane we cannot find the answer. The fifth body is called the spiritual body because there you get the answer to the quest for “Who am I?” The call of the ‘I’ stops once and for all on this plane; the claim to be someone special vanishes immediately. If you say to such a person, “You are so and so,” he will laugh. All claims from his side will now stop, because now he knows. There is no longer any need to prove himself, because who he is, is now a proven fact.

The conflicts and problems of the individual end on the fifth plane. But this plane has its own hazards. You have come to know yourself, and this knowing is so blissful and fulfilling that you may want to terminate your journey here. You may not feel like continuing on. The hazards that were up to now were all of pain and agony; now the hazards that begin are of bliss. The fifth plane is so blissful that you will not have the heart to leave it and proceed further. Therefore, the individual who enters this plane has to be very alert about clinging to bliss so that it does not hinder him from going further. Here bliss is supreme and at the peak of its glory; it is in its profoundest depths. A great transformation comes about within one who has known himself. But this is not all; there is further to go also.

It is a fact that distress and suffering do not obstruct our way as much as joy. Bliss is very obstructive. It was difficult enough to leave the crowd and confusion of the marketplace, but it is a thousand times more difficult to leave the soft music of the veena in the temple. This is why many meditators stop at atma gyan, self-realization, and do not go up to brahma gyan, experience of the Brahman – the cosmic reality.

We shall have to be alert about this bliss. Our effort here should be not to get lost in this bliss. Bliss draws us towards itself; it drowns us; we get immersed in it completely. Do not become immersed in bliss. Know that this too is an experience. Happiness was an experience, misery was an experience; bliss too is an experience. Stand outside of it, be a witness. As long as there is experience there is an obstacle: the ultimate end has not been reached. At the ultimate state all experiences end. Joy and sorrow come to an end, so also does bliss. Our language, however, does not go beyond this point. This is why we have described God as sat-chit-ananda – truth-consciousness-bliss. This is not the form of the supreme self, but this is the ultimate that words can express. Bliss is the ultimate expression of man. In fact, words cannot go beyond the fifth plane. But about the fifth plane we can say, “There is bliss there; there is perfect awakening; there is realization of the self there.” All this can be described.

When a seeker sets out on this path his search is mainly for bliss and not truth. Frustrated by suffering and restlessness he sets out in search of bliss. So one who seeks bliss will definitely stop at the fifth plane; therefore, I must tell you to seek not bliss but truth. Then you will not remain long here.

So the greatest obstacle on the fifth plane is the unequalled joy we experience – and more so because we come from a world where there is nothing but pain, suffering, anxiety and tension. Then, when we reach this temple of bliss, there is an overwhelming desire to dance with ecstasy, to be drowned, to be lost in this bliss. This is not the place to be lost. That place will come, and then you will not have to lose yourself; you will simply be lost. There is a great difference between losing yourself and being lost. In other words, you will reach a place where even if you wish you cannot save yourself. You will see yourself becoming lost; there is no remedy. Yet here also in the fifth body you can lose yourself. Your effort, your endeavour, still works here – and even though the ego is intrinsically dead on the fifth plane, I-am-ness still persists. It is necessary, therefore, to understand the difference between ego and I-am-ness.

The ego, the feeling of ‘I’, will die, but the feeling of ‘am’ will not die. There are two things in ‘I am’, the ‘I’ is the ego and the ‘am’ is asmita – the feeling of being. So the ‘I’ will die on the fifth plane, but the being, the ‘am’, will remain: I-am-ness will remain. Standing on this plane, a meditator will declare, “There are infinite souls and each soul is different and apart from the other.” On this plane the meditator will experience the existence of infinite souls, because he still has the feeling of ‘am’, the feeling of being which makes him feel apart from others. If the quest for truth grips the mind the obstacle of bliss can be crossed – because incessant bliss becomes tedious. A single strain of a melody can become irksome.

Bertrand Russell once said jokingly, “I am not attracted to salvation, because I hear there is nothing but bliss there. Bliss alone would be very monotonous – bliss and bliss and nothing else. If there is not a single trace of unhappiness – no anxiety, no tension in it – how long can one bear such bliss?”

So the quest up to the fifth body is to be rid of pain, hatred, violence and desires. After the fifth the search is in order to be rid of the self. So there are two things: the first is freedom from something; this is one thing and it is completed at the fifth plane. The second thing is freedom from the self, and so a completely new world starts from here.

Osho, In Search of the Miraculous, Vol 2, Ch 4 (translated from Hindi) 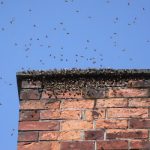 Except the process of meditation, everything is non-essential

How do you measure the length of a man’s life?

When we change a name it is of tremendous import