The Weight of Silence

Laurie Kuntz recites one of her poems.

The night is noisy,
not with motors,
but with a thunderclap
of frog croaks, and a rude wind,
if i turn a corner, the surf sounds,
if i leave my solitude,
motors, motors everywhere,
even past the dusky light.

One night, i brought my son to the veranda
and asked him in between the bark of dogs,
and the clash of katydids and crickets
where is pure silence –
the sound of no sound?

He turned the moment
to physics, vacuums, and deep space
but my thoughts could not hold his instructive voice,
wanting so much to escape the noise of facts,
until he said:

When we stand in quietude
eventually, a heart beat will be heard,
and that I could understand.

More poems by this author on Osho News

Small is truly beautiful: A tiny organic set-up and lessons in minimalism

Sunrise of my heart 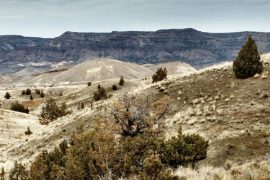 Should We Have Known