Despite all the amazing qualities that make ‘Wild Wild Country’ an interesting watch, the creators of the show, Chapman Way and Maclain Way, fail miserably in doing justice to the person Osho was, writes Simantini Dey on CNN News 18, India, on April 6, 2018.

These are the words inscribed on Osho’s tombstone. His “visit” that the tombstone refers to was so glorious and controversial that it has served as fodder for many books and movies over the years.

From journalists, writers, to filmmakers, many have previously tried to tell Osho or Bhagwan Shree Rajneesh’s story and while most of these efforts were noble, none could ever truly succeed in capturing the essence of the enigmatic guru. The latest one to fail in the attempt is Netflix’s six-part docu-series, Wild Wild Country.

Netflix’s Wild Wild Country has been all the rave for the past month and anyone who has watched the series will tell you that it is worth all the praises and more. It tells the fascinating story of a hedonistic Indian guru aka Bhagwan whose cult followers, led by his dynamic secretary, Ma Anand Sheela, established the independent city of Rajneeshpuram in the United States and later tried to take over an entire county in the US state of Oregon.

With snazzy background scores, the docu-series for the first four parts details the rise and rise of Osho’s followers and as one outrageous happening after another unfolds – from bioterrorism, immigration fraud, attempted murders to wiretapping – the audience is left gobsmacked at the turn of events. The last two parts of the series focus on Osho’s downfall and his subsequent death.

For anyone who doesn’t know the story already, Wild Wild Country runs like a thriller; addictive and enthralling, it doesn’t let your attention waver even for a split-second.

However, despite all the amazing qualities that make Wild Wild Country an interesting watch, the creators of the show, Chapman Way and Maclain Way, fail miserably in doing justice to the person Osho was. 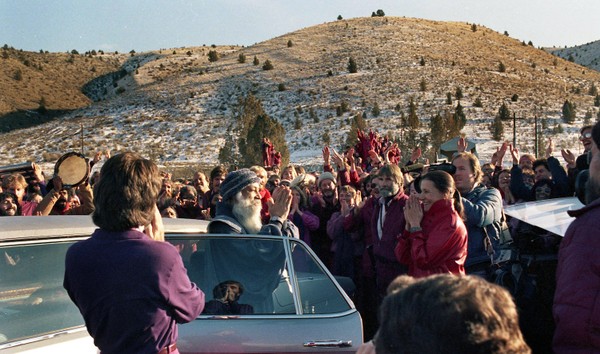 They reduce Osho to a vengeance-seeking, money-making, sex-obsessed guru who led a life of decadence, hung out with the cool Hollywood crowd and owned diamond watches and ninety-nine Rolls Royce. There is no denying the facts of the matter but it is the perspective with which the documentary unfolds that seems problematic.

The image of Osho that the documentary paints for us also happens to be the same perception that the western media propagated back in the 80s which made the guru really unpopular among many US citizens. It is not to say that Rajneesh wasn’t all of the things that the Way brothers have depicted him to be. He was. However, he was a whole lot more.

It has rarely happened in human history that a man who lambasted every religion across the world and denounced god himself, found such a massive following. Often mistakenly referred to as a godman, Osho was, in fact, anti-god and against all religions.

Osho said that the most fundamental error of all religions is that they pretend to know it all. Every religion pretends to be omniscient while they are nothing but old clubs who have religious jargons around them. Osho’s only religion was to rebel against all religions. Once, when asked if he considered himself a god, he said, “There is no god, then how can I consider myself a god? God is the greatest lie invented by man.”

However, as the docu-series Wild Wild Country proceeds, we see Osho repeatedly being accused of propagating his “religion” by Antelope residents and other Christians. The guru who had taken a vow of silence and who was hardly seen in public during the early days of building Rajneeshpuram comes out only after Ma Anand Sheela leaves Rajneeshpuram to say that he has never wanted an organized religion around him. He did not want people to wear red robes and he didn’t want Rajneeshism. It may sound like the thing a man who has already criticized every religion of the world would say, the documentary hardly ever dwells on the point.

Wild Wild Country by then had become a “he said, she said” battle between Ma Anand Sheela and Osho. We hear Ma Anand Sheela say that denouncing Rajneeshism is an angry retaliation of Osho because she left him and the commune and the idea of Rajneeshism came from Bhagwan himself. While it seems hard to imagine that Osho would dismantle an entire religion around him because of Sheela, there is no way of verifying if the orders to create Rajneeshism truly ever came from Osho at all. There are two versions of the story – Osho’s and Ma Anand Sheela’s – and the Way brothers only present us with Sheela’s because Osho isn’t here to tell them his story.

That is another problem, Wild Wild Country is mostly Ma Anand Sheela’s film. She is one of the narrators, and after 28 years, she is still the spokesperson of Osho. Apart from her, presenting the Rajneeshees’ side of the story are Ma Shanti B and Swami Prem Niren.

Giving the account of things from the skeptical Americans’ perspective – who don’t know what the new “cult” in town is all about – are few locals of Antelope who were there in the 1980s when Rajneeshees took over the Muddy Ranch near their town and subsequently acquired property in Antelope and moved into their town.

It is easy to trust Sheela and Shanti B as narrators at the beginning of the series, but as we move forward and are told of the horrible deceitful things they did, they immediately become untrustworthy narrators and as an audience one begins to question all the things they had said about Osho as well as the Rajneeshees. Therefore, apart from Prem Niren, there is hardly anyone left to give an up-close account of Osho for later part of the documentary.

Another thing that Wild Wild Country talks about several times is the sexual practices of the Rajneeshees and their open marriages. We often see local residents, police authorities and Christian communities question their “immoral” sexual practices, however, what the Way brothers leave out are the reasons and justifications of Osho to promote free love and open marriages.

In one of his lectures, Osho said, “The word sex has become so condemned by the priest that even to use it you feel as if you are doing something guilty. Use the word, ‘life force’ instead of sex and you will see that with the word ‘life force’ you don’t feel guilty. The priests have created such mechanism in you that the moment you talk about sex, it starts pinching your conscience to say that something is wrong. Sex is the most significant force in you, it is your life force, it is from this energy that you come, it is this energy that keeps you running.”

These may be words that would sit well with the 21st-century audience, but the Way brothers are not interested in the explanations of things, because the moment they do that, they enter into the realm of trying to understand the person. They mostly focus on all the events around Osho and conveniently do away with any insight or even an in-depth introduction of the guru.

Sex wasn’t only an important part of Rajneesh’s movement, it was, in fact, his effort to remove the taboo around it. It was his effort to question all social constructs around it – from marriages and monogamy to making it an unholy experience. In his wildly popular book, “From Sex to Superconsciousness” the guru said, “There is a religious experience, a spiritual experience involved behind the craving for sex. If we can become aware of that experience we can go beyond sex. If not, we will live in sex and die in sex.”

One of the reasons Osho was so controversial was also because his preachings were hard to understand by people whose brains were already wired in a certain way due to their social and religious upbringing. That is why he was so misunderstood and Wild Wild Country makes no effort to show what the man truly was and instead focusses heavily on all the misconceptions around him.

Another thing that is conspicuously absent from the documentary is Osho’s claim that he was slow-poisoned in the US prison. The docu-series easily rolls on showing how Osho was dragged from one state to another on his way back to Portland. The Way Brothers list out all the stops that were made but strangely there is no mention of Osho’s claim that he was slow-poisoned during that period. In a first-person account, Osho had later written Ronald Reagan’s American government poisoned him.

Despite being a documentary that focusses on Osho, the Way Brothers leave out the man himself, which is such a travesty because he is truly a fascinating personality. Ma Anand Sheela although entertaining to watch comes off as a power-crazy woman who was driven by her own agenda, it veers to the territory of becoming a one-woman show that doesn’t say much about the Rajneesh movement that rocked the US in the 80s.

In the first installment of the docu-series, we hear Osho talk about “a new man”, an awakened man. Osho says that he wants to create a new man who is an amalgamation of eastern spirituality and western materialism.

The western man is half, he says, and the eastern man is half. “My effort here is to create a whole man,” adds Osho. Those are the words one is left wondering about by the end of Wild Wild Country. This documentary too seems like a half, a western half to be exact, with half-truths that could never truly show who Osho was as a “whole man”.

Also read the reviews written by contributors to Osho News:
Wild Wild Country – by Roshani
WWC: Wired, Wired Country – by Dhiren
WWC: A footprint in consciousness – by Purushottama
WWC: The bottom-line – by Bhagawati
WWC: Zen cowboys in the naked city – by Harp
WWC: Wild Wild Here and Now – by Niyam

More about this docuseries on Osho News 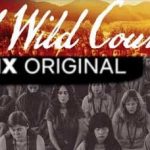 With Meera and beyond

You cling to life and try to avoid death

Everything is a Ram-leela

Nowhere to go, but in