Citing concerns of cancer and other health risks, the city has moved to block the installation of 5G cell phone technology, writes Matt Agorist. Published in New Thought Project on November 12, 2018.

The city voted unanimously to effectively halt the installation of new small cell towers which carry the 5G technology by enacting an “urgency ordinance” after it received over a hundred letters from concerned citizens expressing their worries over the new 5G towers.

Mill Valley residents cited multiple studies which claim that experts have found evidence that cell phone radiation can cause cancer.

The town of 14,000 now joins several other towns who have blocked the installation of 5G over health concerns. Before Mill Valley blocked 5G, other municipalities in California, such as Marin County and San Anselmo, passed similar ordinances.

Similar movements to block 5G have taken place across the country as well.

“The cell towers are called small cell towers, but they are not so small when they are in your front yard,” said Donna Baron, a resident of Montgomery County, Maryland who is actively protesting the installation of 5G in her town. “This will cause cancer,” she said.

Concerns over cell phone radiation are nothing new. It is a fact that cell phones emit radiation. It is also a fact that this radiation can be absorbed by the human body from prolonged exposure.

In Germany, scientists in Germany studied tree damage in relation to electromagnetic radiation for nine years, from 2006-2015. They monitored, observed and photographed unusual or unexplainable tree damage, and measured the radiation the trees were exposed too: “The aim of this study was to verify whether there is a connection between unusual (generally unilateral) tree damage and radiofrequency exposure.”

They found significant differences between the damaged side of a tree facing a phone mast and the opposite side, as well as differences between the exposed side of damaged trees and all other groups of trees in both sides. They found no tree damage in low radiation areas. The 30 selected trees in low radiation areas (no visual contact to any phone mast and power flux density under 50μW/m2) showed no damage.

Meanwhile, on November 5, 2018, it was reported by sott.net that hundreds of birds died during a 5G cell phone tower experiment in The Hague, Netherlands. Needless to say, this piece of news was not carried by the mainstream media.

“… looking around that park you might have seen what is on the corner of the roof across the street from where they died: a new 5G mast, where they had done a test, in connection with the Dutch railway station, to see how large the range was and whether no harmful equipment would occur on and around the station.

And harm happened, indeed. Immediately afterwards, birds fell dead from the trees. And the nearby ducks that were swimming seemed to react very oddly as well; they were simultaneously putting their heads underwater to escape the radiation while others flew away, landing on the street or in the canal.”

Comment by Osho News: If you are also concerned for all living things on our planet, an international appeal has been set up to stop 5G on Earth and in space. Simply click in the link and you can add your name or organization to protest against this deadly invention. 5gspaceappeal.org 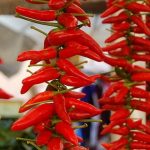 The only revolution is that of the spirit

14 Peaks: Nothing is impossible