All joy has been contaminated

Osho says people don’t see that they are poisoning the joy of the children and states that a human kind of education must be found in the world.

Go back, remember your childhood days. Whenever you were happy somebody was bound to come across and say, “What are you doing? Why are you shouting? Why are you dancing? Daddy is reading his newspaper, it will be disturbed.” Daddy and his foolish newspaper, and suddenly your joy is crippled. You wanted to run in the sun and it was not allowed; you were forced to sit in the room in a dark corner. You wanted to climb the trees but that silly homework was there and it had to be done. You wanted to talk to the birds and play with the dogs and the children and you were forced to sit in a prison-like school for six hours, seven hours…

We have to find a human kind of education in the world; the education that exists is very inhuman. We have to find ways so that children can play in the sun and still learn a little arithmetic. That can be done – once we know that arithmetic is not so important as playing in the sun, once that thing has been decided, then we can find ways. A little arithmetic can be taught, and a little is needed. Everybody is not going to become an Albert Einstein. And those who are going to become Albert Einsteins, they won’t bother playing in the sun – their joy is arithmetic, that is their poetry. Then it is different, then it is totally different; then the growth is not hindered and guilt is not created. 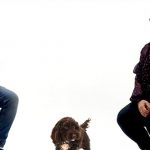 A visit to Yoga Chinmaya in Goa