Will Ashoka’s Navaratnas produce a great leader for India?

In his column Abracadabra, K. B. Ganapathy explores the ‘Esoteric Group’ of nine persons known as ‘Navaratanas’ and some of Osho’s statements about the group. Published in the Star of Mysore on April 20, 2019. 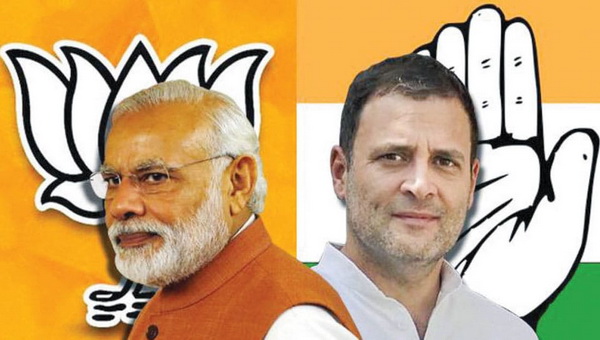 Plato the Greek Philosopher had said that an unexamined life is not worth living. I am unable to get the sense of this precept. Whose life? If it is my own life, life of each individual, how to examine it? What are the standards and parameters? Does it also mean introspection?

Further, does it mean writing an autobiography truthfully, shorn of self-praise and justification of every action during the long or short journey of life? And then, will life become worth living after examination? I guess Plato means a Flash-Back, like we see in cinemas!!

No matter what Plato means, life is a riddle wrapped in mystery inside an enigma, as someone had said. If so, life is a journey, without a road map. Ask K. Natwar Singh, who has written an autobiography titled “One life is not enough” soon after he fell from Sonia Gandhi’s favour after being a life-long Nehru family acolyte.

It is for this reason, surprise is expressed when an individual who is incompetent and suffers from many infirmities comes to occupy high position of power and becomes a leader. Conversely, some individuals from humble beginnings become leaders of extraordinary power and vision. For example, Narendra Modi, Prime Minister of our country with a population of 130 crore. Here there is surprise, no doubt, but there is also great admiration to the person. Here Modi.

How could this happen? History is replete with examples of both the kinds I have mentioned above. Abraham Lincoln is another example of a leader who accomplished what seemed impossible by successfully fighting a civil war. Hitler is another example, though of a negative kind. Ashoka and Akbar are another two blazing examples of blossoming themselves as great leaders of their empires. Here lies the mystery.

According to Osho Rajneesh, these individuals became great heroes and leaders extraordinaire of the people because of the support, advice and guidance they received from ‘Esoteric Groups’ with masters capable of influencing these individuals and through them the world’s activity. According to Osho, it is necessary to have an ‘Esoteric Group’, which may exist physically or non-physically, to help these leaders to communicate to this world, their followers, in a subtle or manifest manner. It seems Buddha had an ‘Esoteric Group’ to render this service and, therefore, he is not only protected from many dangers but also enabled to preach till he was very old.

However, it was not so with Jesus, says Osho. There was no mediator between Jesus and the people, the common masses. There was no mediator so Jesus suffered. He was crucified at such a young age. In India, neither the Buddha suffered nor Mahaveer suffered. Jesus was as capable as the Buddha and Mahaveer, but because there was no ‘Esoteric Group’ to act as a mediator, Jesus was misunderstood. Which was why, when Jesus spoke of the Kingdom of God, his peasant disciples Luke and Thomas coming from among the common people and uneducated, ask Jesus a very childish question, “In the Kingdom of God, what will be our position? You will be by the side of God but where will we stand?”

However, in the case of our Prime Minister Narendra Modi and also Congress President Rahul Gandhi, they have their own ‘Esoteric Group’ in their Spokespersons and best of Advocates to act as the interpretors of their utterances – profound or ridiculous.

Osho says, Emperor Ashoka had created an ‘Esoteric Group’ of nine persons known as ‘Navaratanas’ which is still existing and assisting different leaders in India or abroad even after their death. Some of them were reincarnated by being born on this earth. Theosophists believe in this ‘Esoteric Group’ and called the members as masters. Theosophists, it seems, believed that there will be a reincarnation of the Buddha in future and he will be known as Maitreya. Ashoka’s circle of nine gems, it is believed, has been working and waiting for the second coming of Buddha 2,500 years later.

It may be mentioned here that Jiddu Krishnamurti of the Theosophical Society, Adyar at Chennai, under the guidance of Annie Besant and Charles Leadbeater, was trained to be a spiritual vehicle so that Maitreya could come into him. That Jiddu Krishnamurti at the eleventh hour, when everything was ready to proclaim him as Maitreya, refused to surrender to the plan of Theosophists. Krishnamurti refused to be the vehicle for Maitreya.

Be that as it may, history has its own plans. Adolf Hitler was also a part of this esoteric plan – Hitler’s fascism and his efforts to redeem the honour of his country Germany, which was humiliated and stigmatised after the World War I, from the Treaty of Versailles. Hitler was just a vehicle, guided by the ‘Esoteric Group’ and he was winning in the beginning by listening to the ‘Esoteric Group’.

However, initial victories made him overconfident so much so he refused to listen to the members of the ‘Esoteric Group’ and take advice of any General. Whenever he was guided by the ‘Esoteric Group,’ he used to become hysterical and talk like a possessed person. His eyes would be closed, he would begin to tremble, he would perspire and his voice would change. Another voice would give the order. But the decision taken in that condition always brought him success. It was only when he refused the guidance, he became like an ordinary person and his orders only brought failures and defeats. But the point is that Hitler was used by an ‘Esoteric Group’.

It seems that even Emperor Akbar too was guided by his own group of nine ratnas (Navaratnas) in the Court, but not of the spirit and body of Ashoka’s ‘Esoteric Group’. But the guidance helped Akbar to become ‘Akbar the Great’.

The mystery of this ‘Esoteric Group’ of Ashoka is such that one wonders whether it was just a coincidence for Japan, a Buddhist country, to become friendly to Germany, a Christian country and situated far away from each other. We can borrow the words of Rudyard Kipling and say, “East is East and West is West, and never the twain shall meet.” But what seemed impossible had happened in World War II. Germany and Japan together fought the enemy because of the Buddhist Esoteric Group’s influence, it is believed.

Be that as it may, nothing happens accidentally in life. Whatever happens, has a causal connection to something esoteric. 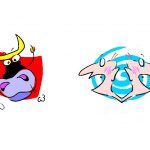 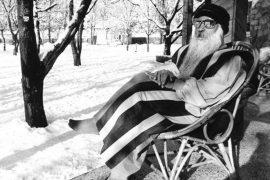 The only basic right is to become god 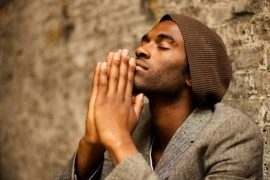 Not the right prayer 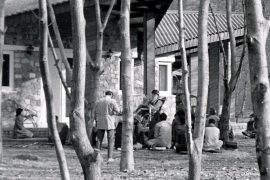 There can be no conscience without consciousness