In this excerpt from Anasuya’s recently published book, ‘All the Colors of the Rising Sun’, the author arrives in Pune, discovers the monsoon showers, Osho’s meditations and rediscovers … dance. 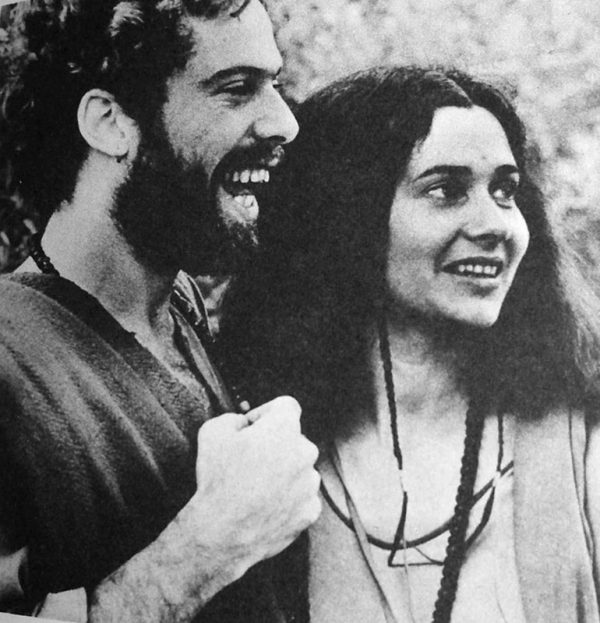 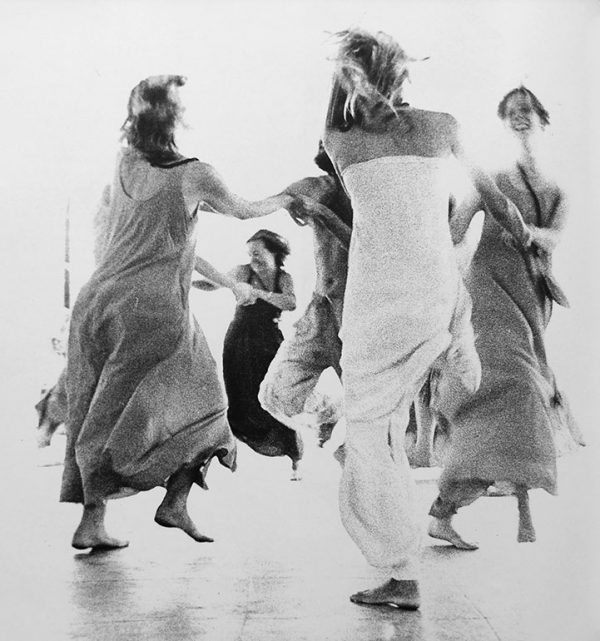 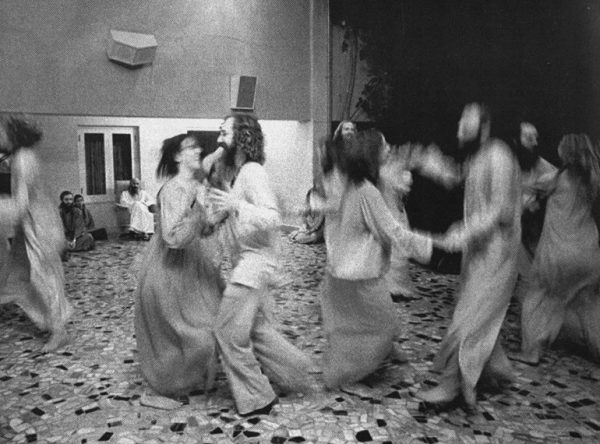 Fortunately, the ashram was in the residential area of Koregaon Park, away from the dense and furious traffic of the city of Poona, which already had several million inhabitants. Every time I entered its shady paths, a soft tranquility descended on me. In the middle of this haven of greenery and tranquility, magnificent colonial mansions recalled the opulent era of the British Raj. Often abandoned, nestled in gardens overgrown with tall grass and weeds, they exuded an old-world charm full of grandeur and poetry. Here and there, I came across some orange silhouettes, on a bike, on foot, or hugging against the trunk of a tree, oblivious to the Indians passing by who craned their necks to avoid missing the slightest thing. Along the lanes, huge banyans plunged their sprawling branches into the earth in the company of ancestral trees, which stretched their protective canopies against the heat of the sun or sudden showers. In the spring, the Jacarandas exhibited an enchantment of purple flowers and in the heart of summer, when the heat was burning, the Flamboyant exploded in scarlet red. At the beginning of July, the monsoon clouds eventually burst and, at the first contact of the rains, plants sprouted everywhere to transform the gardens into a jungle. Corrugated iron sheets were hastily installed to shelter the busy paths of the ashram, and the first rainstorms fell on the metal with an infernal noise amid the cries of jubilation. The first time I witnessed this heavenly torrent, I began dancing in the pouring rain, arms spread and mouth open, my robe soaked. I ended up rolling in the puddles and the more I covered myself with mud, the more it made me laugh. I had always wanted to do that.

Ah, dance! I danced endlessly, madly, like a child. When younger I danced for hours as soon as I got home from school until I destroyed the soles of my slippers by rehearsing my ballerina pointes. I didn’t even need music, I had my inner melody. When I discovered that most of the meditations at the ashram took the form of dance I was jubilant; it was proof that I had landed in the right place. I could let go, have fun to the point of intoxication. Ah, this moment when the energy seizes the body and where the dance comes alive, this nectar of the gods, this elixir of life! Dance was my passion, my prayer and my sacred song. This body liked to move, this body liked to dance, this body loved to pulsate. I felt alive.

People come and ask me why I teach active meditations. Because that is the only way to find inaction: dance to the uttermost, dance in a frenzy, dance madly. And if your whole energy is involved in it, a moment comes when suddenly you see the dance is happening on its own, there is no effort in it, it is action without action.

The Secret of Secrets.

And there was a whole palette of dances. First of all, as I said, many of the meditations took the form of dance like the Kundalini Meditation where, accompanied by Chaitanya Hari’s music, everyone started shaking from the feet to the head, just to loosen the tension; or else the popular Dynamic Meditation at six in the morning, when the cuckoo cuckooes and the mynah cries out: Attention! Attention! Designed personally by the master himself, the Dynamic was by far the most radical, the most effective and the most liberating meditation. The Dynamic was a revelation.

As soon as the music starts, it’s ten minutes of chaotic breathing through the nose, full throttle, to get the energy up. At the second movement, catharsis: everything that comes up must come out. Cries, tears, grunts and groans fuse all around, many emotions are released, bodies convulse and roll on the ground. In the third movement, jump on the spot for ten minutes without letting up, arms in the air, shouting “Hoo! Hoo!” every time the body bounces back off the floor. Ignore the fatigue and sustain the effort until “STOP!” booms from the microphone. Freeze on the spot, exactly in the position you are in, even if it is inconvenient. A time of silence. Sometimes the cry of a bird. Finally comes the last stage of the meditation, a free dance of celebration.

Under the aegis of Neeraj, an adorable Ethiopian with a reed-like body, African dance awakened primitive energies. I saw myself beating the African soil with my bare feet, moving my hips, opening my thighs, shaking my hair, finding my primal state, I was possessed. One with all, one and powerful, light and roaring like the drums that shook through my belly. On the other hand, Gurdjieff’s dances, which consisted of a sequence of movements that were both simple and skillful, demanded perfect control of the body and mind. As for the Music Group, it was now guided by the fiery Anubhava who set us ablaze by leaping in the air with his guitar.

For the whirling dervishes, Sufi dance is a way to achieve mystical exhilaration. To the powerful sounds of the daf, the drum that accompanies the intoxicating melodies of the ney, a simple reed flute, the dervishes start by turning slowly, arms crossed and hands on the shoulders, then they spread their arms, the right hand turns to the sky and the left hand to the ground. It is both a floating and a grounding. To get into the movement I began by turning around one of the poles that supported the roof of Buddha Hall. Then, when I gained some confidence, I jumped into the void and whirled, slowly gaining speed until the slow gyratory movement carried me away, unless I should let some thoughts intervene and lose my balance. Sufi dance is a sacred art.

Wings of Love and Random Thoughts.

Excerpted from Anasuya’s recently published book, ‘All the Colors of the Rising Sun’

Read Sandhano’s review or another excerpt: Left in the dark

Anasuya (aka Deva Prashna) was born in the South of France, studied Literature in Paris and went travelling all over the world for 9 years. In 1976 she arrived at the Poona ashram and stayed in Osho’s communes for 15 years, from India to Oregon and back to India. After Osho’s death she moved to Lucknow and stayed with H.L. Poonja until his death. Since 2000 she has been back in Europe translating spiritual books and writing. 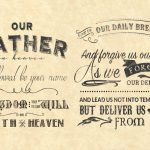 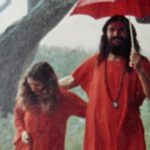 All the Colors of the Rising Sun 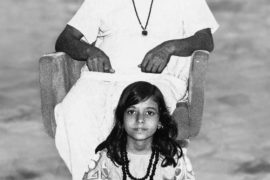