Staying connected, supporting each other, meditating together and learning about ourselves via the internet – by Punya.

These last two days I participated in three online events. The first one was our Saturday Evening Meeting, only that it was not in our Corfu Buddha Hall, but each one of us listened to the discourse in their home because of the restrictions due to the coronavirus. The Saturday Evening Meditation (this year in the off-season we have an additional Wednesday session) has been running continuously for over 10 years; summer and winter, rain and storm, once even in the dark – and in silence – this time virtually.

The regulars received an email with a link from where at the appointed time the streaming would start. It was also shared via a recently-created WhatsApp group to stay in touch with each other especially to share local information about restrictions.

The second event at which I participated was the announced Gayatri Mantra Global Meditation Event, where Deva Premal sang the full Gayatri mantra (108 times). It was followed by silence and a song by Miten. It was a surprise to hear them announce at the end that the event is being extended indefinitely to take place every night until further notice; other mantras and many different songs by Miten will be included. To participate in the live Facebook streaming might be a bit late in the day for those living in Europe, but you can sing along with the videos that are uploaded daily on Facebook as well as on their YouTube Channel. The streaming link remains the same: facebook.com/devapremalmiten.

From Azima I heard that for Osho’s Enlightenment Day, Osho Miasto in Tuscany uploaded a special video for that night, with Madhuro & Friends playing joyful celebration songs. I then discovered on their YouTube Channel that, to support the Italian community, they have started posting every Saturday a Heart to Heart meditation (music satsang: music, humming, silence with quotes by Osho). On their channel, as well as on their Facebook page, there are also guided meditations – and more to come I hear – offered for free by therapists from the world of Osho (some also streamed live).

Azima has set up a WhatsApp group to coordinate meditations to be done at home, such as Vipassana. He also suggests to chant Om before going to sleep, to a tambura background music he has distributed. For a wider online community he has set up a (private) Facebook page Oscian’s where the 200 members (so far) can share uplifting messages, music for dancing, parodies, quotes by Osho and relevant info on the virus. His partner, Atit Maria , e.g. shared Il Fiume della Vita (River of life), a guided meditation that helps to go deeper into acceptance (and an opportunity to refresh your Italian!).

Speaking of Italy: Yesterday morning I participated in a 3-hour session of Who Is In? (also called Satori or Self-enquiry) facilitated by Satyam who has been running the Oneness Meditation Centre in Treviso (Northern Italy) for 30 years. After having facilitated many Self-enquiry retreats, 5 years ago he started offering it once a month on a Sunday morning at his centre. This allows many more people to participate, and already a while back participants from other parts of Italy connected via Skype or Messenger. This month, due to the strict rules imposed by the Italian government, everybody had to be online.

Satyam used the application Zoom. It was fairly intuitive to use for anyone in the group of 25 participants (on phones and computers); a few technical problems that came up at the start, were quickly solved. I was amazed that with this app he could sort people in couples and place them, even randomly, in separate virtual rooms. He was also able to listen into the monologues to see how it was going, as if he were walking around the hall. There was also a button for Help in case we needed his assistance. At the end we all gathered and were eager to hear the date of the next meeting (still to be set). Satyam then shared a quote from Guida Spirituale by Osho, which he read from the most recent book published by the Corriere della Sera.

I am most grateful to Satyam for having invited me to participate. It was a very powerful experience. As, like everybody else in the group, I am familiar with the process, it was quite easy to get into it very quickly. I managed to connect with each partner – and with myself! – as if I was sitting across a person in real life. Amazing! Who’d have ever thought?

Satyam tested his IT skills recently (he says he is still terrible at it!) when a group he called Percorsi di Consapevolezza (Paths of Consciousness) that was meeting twice a week were left hanging  in the air when the lockdown was imposed. As everybody was eager to continue he started scheduling the meetings virtually.

Motivated by people’s need to connect, he has decided to offer three free events this week to share tools and insights that can help in these times of isolation. He also uses mailings and a Facebook Page to post video talks and stay in contact with friends.

Although these are events that were held in Italian (I just heard from Satyam that he is thinking of making Who Is In? available also to English speakers) and therefore not for the majority of our readers, I still wanted to mention them, because they might inspire many of you to support each other in meditation by using these new technologies. 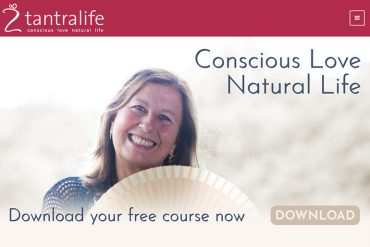 I did not manage to join a free online event organized by Radha on the occasion of the launch of her new website. It was a satsang (music by Jamila and Rupesh) followed by spontaneous questions asked of her about meditation and living close to Osho, which were then translated by Tarisha in Italian and vice versa. Today I heard that 230 people from all over the world had participated.

In a previous satsang a women connected from her hospital bed, ill with COVID-19. She had the opportunity to ask a question and share her experience – which was very touching for everyone.

The next free online event we can enroll to will be this Sunday, 5 April at 15.15pm (Central European Time, GMT+1).

Recently, Radha and Tarisha have also shared short online meditations and Q&A sessions to groups. They went out of their way to make it easy also for the less tech-savvy to join and prepared a video tutorial in Italian and English about how to use the application. Well done!

Today Shanti wrote from Seattle, WA, the city where the first coronavirus case in the US was confirmed. Their meditation centre The World of Meditation has organized an online No Mind (one hour gibberish, one hour silence) for this week. She also writes that Osho Leela Meditation Centre in Boulder, CO, has just completed a virtual No Mind that ran last week.

“We had our Sacred Sharing Meditation Circle last week Monday via Zoom; it was very touching.  Then we decided to go online for all the meditations we offer (Dynamic, Kundalini and other Osho Meditations). Today someone from England joined us for Dynamic!

“For Enlightenment Day we decided at the last minute to have a streaming satsang,” she added. “I called the musicians who usually play during our satsangs; each one played a solo for 5 minutes and we inserted the silent pieces. There was also a short video of Osho speaking about his enlightenment.”

Many therapists and teachers, like Radha from Tantralife and Sarita from Tantra Essence have in the past presented online courses, which come in handy not only in days like these. Sarita just sent out the info for her online Goddess Essence series for women. Check them out.

This week I will have my first virtual Somatic Experiencing session with Mahadevi, and the following week it could well be that the women in our group will meet for the first time on Zoom – if I get the technicalities together, that is. Wish me good luck!

From the treasure trove trunk

Covid: I beat it!

After I leave my body