Saying yes to what is: a conversation over tea

Jamie’s ways of finding a balance on the razor’s edge, while giving more attention to the light than to the dark.

A conversation about how what is happening can be taken in and acknowledged without your becoming overwhelmed. Or if overwhelm happens, how to be with it in a way that it can resolve into more understanding and higher consciousness.

Recently, on a beautiful sunny spring afternoon I went for tea with Navanita and Neeten. The tea was delicious, the sun was sparkling, and the conversation supported me with a sense of some resource I urgently need in this particular time of the so-called Pandemic. We began to discuss how there are some facts about what’s happening in the world that are in plain sight but difficult to fully grasp because if they really sank in, they would move us seriously out of our comfort zone.

The key point is understanding how to use chaotic situations for learning rather than becoming traumatized. My feeling is (and this is just my hunch based on experience), whether one believes facts/evidence that question the established narrative or not has no bearing on how awake or conscious a person is.

The moment I rise above the powerful need to belong, that fear begins to diminish.

I talk to my friends, as I do to other friends, about the research I have done.

My feelings include fear and anger about seeing that what appears to me to be the truth, expressed by extremely qualified people, is ignored, and that an agenda that uses fear and sensationalism is put in place as a surrogate justification.

Many friends don’t share these perceptions, which is OK, but underneath there can be a sense of deep separation because of that. And that is scary.

So, for example, I watch Bill Gates say that his foundation has put money into researching and producing an anti-viral vaccine that will include nano-technology for digital marking and tracking.* Now, if everybody has to undergo compulsory vaccination against Covid-19 will I get a nanotech marker injected into my body so that my movements can be traced by my government for the rest of my life?

I wonder if the question underlying that issue is visible to anyone else – it seems it is visible to some and not others. The question is: does my being marked digitally – so that I can be tracked – have to do with my health and safety or has it to do with control and centralization of power? And how can a vaccine that will be produced in under a year be safe when normally testing takes about two years**?

There is a difference of over ten times (3.0-3.4% death rate projection, 0.1-0.05% actual death rate reported***). Those initial projections the WHO and the CDC used to justify a world lockdown are responsible for immense economic and social damage, which will continue past the ending of the lockdown. Was it justified? There are some very qualified sources* saying COVID-19 is no different than a virulent flu, especially when one takes into account that most of the people infected show “mild symptoms.” But that information doesn’t make the headlines.

Discrepancies like these feed into something called cognitive dissonance, which is the experience of being told from all directions that one thing is true, and seeing credible evidence to the contrary being ignored. It creates tension, fear, sometimes panic, and can be traumatic. That’s a good working definition of “the dark side.”

In my tea-time conversation with Navanita, I was talking about all these views and questions and also about the feeling of losing my balance, on one side being pulled towards a deep darkness while at the same time researching and looking at all the details. I shared with her that I am looking for a balance where I can inform myself but not get pulled into a vortex of rage and start fighting. I have experienced in recent weeks trauma reactions complete with physical shaking and the activation of a flight/fight/freeze/shock reaction. I don’t want to go on a downward spiral.

She responded by saying that in this trying time she’s sensing that her strength comes from a Field of Awareness and Light that’s not hers personally, but that she can tap into. She has the feeling that by sharing our light and truth, things get clearer. We are connected through space, connected through love, which is our power, our prayer. And that knowing the dark facts about the situation is useful. Particularly if we are to find new ways forward with creativity and joy. That it cannot be done in ignorance, but with an awareness that includes the dark side. The understanding is that the strength comes from the light. The light is the resource.

Choosing meditation is the same as choosing the light.

I shared with Navanita that there are times in my meditation where I am simply aware of being in the body; how my feet feel the ground, how it feels to breathe into my belly, to be aware of the sounds around; I am simply perceiving without thinking about what I’m perceiving. That presence without thought is saying yes to the light.

She asked, “And those times are coming more and more and becoming stronger?”

I realized in that moment that she was right; it’s an important part – the choice for the light, and to own it and say yes to it fully. It’s not that ‘I guess it’s true’. It is true. Choosing the light is the choice for life, for consciousness, for playfulness, for wholeness, for community, for communion.

It’s a paradox, because Osho often spoke of choiceless awareness being key, and here I’m talking about choosing the light. But choosing the light has to include being open and aware of the dark side, of the criminal side, of the manipulation, the cheating and pettiness that the priests and politicians perpetrate constantly – and remaining open to the light, to celebration, to love, to truth in vulnerability. Like standing on a razor’s edge.

Among the resources that help me remain balanced, I’d have to say:

Osho: Osho doesn’t get a number but He’s at the top of the list of resources. Since He can’t be described even with five times the space I have here, I will leave this just as a mention.

1. Dynamic Meditation is on the number 1 place
It is the resource that guarantees me coming back to myself in a fast track. Back in my body, back in my awareness, back to being grounded in a silent joy of being alive.

2. Prayer Meditation
Also acts like an antacid, if I do Prayer Meditation, my body and soul simply unplug from the negativity. It’s like a chemical reaction in my body, bringing relaxation and let-go mixed with awareness.

3. Sharing with friends
Not being isolated with doubts and cognitive dissonance is really important. Having friends who may not totally agree with me on all details, but are aware of the value of sharing without fear of reprisal, in trust and love, supports my trust not only in the community but also in myself.

4. Grounding activities
Work can be grounding, but here I’m talking about activities which are aerobic and creative in nature. Of course work can be creative, but for instance this afternoon before working on this article I baked a cake. I hadn’t planned it; it just happened. Creating something, or cleaning the windows, working in the garden, taking a walk – it gives such a feeling of satisfaction afterwards. It’s like an antidote to negativity.

5. Accepting the razor’s edge
This is the space of inclusion of opposites. Inside I include the feeling of darkness, of mal-intent, I include the rage of being lied to and misled, feeling manipulated and I include staying in touch with the light, with my center, with my awareness. It’s a paradox that both sides can be included without judgement, but I feel it’s what is meant by the Buddhist teaching of the middle way. Not choosing the extreme which excludes the other polarity, but remaining open to both ends of the spectrum.

6. Breath
This is one of the most potent existing neutralizers of negativity and anger. It’s just a challenge to remember it when it’s needed. Whenever I am feeling traumatized and remember to breathe deeply in a relaxed way, within a minute or so I start to feel more grounded, and come back to myself. After 10 minutes the shift is in full swing, I am exiting the trauma and entering back into my body with awareness. It works every time. It’s just that I have to remember to do it – deep belly breathing.

7. Not judging, or acceptance of what is
This is probably the hardest, but when I remember, I practice a variation on Gurdjieff’s directive to wait 24 hours before getting angry. Instead of getting angry immediately I wait 24 hours before judging someone or some situation. It comes from an awareness that I simply get it wrong sometimes. If I charge into a conflict where I’m certain I’m right, I regret it more often than not. Sometimes, within a few minutes I see that my impression or judgement was wrong, and by letting go of it, I clear my perception and then see new possibilities. That’s such a joyful experience of expansion. The difficulty in remembering to do this is offset by the satisfaction when I do.

I hope these resources can be of use to anyone who is experiencing the challenge of cognitive dissonance like I am sometimes these days. To both types of people, those who do not trust the official narrative and those who do, or are not bothered by it, I wish blessings and love on the journey. Whatever our beliefs in the outer, a grounding in the inner will be needed to weather the storms coming.

To have met Osho and recognize his truth is undoubtedly the strongest resource I have, and to share that is the greatest joy. And I can do that any old time I like.

Special thanks to Navanita, Neeten, Dhiren, Purushottama, Gayan, Vipal, and Arpita for discussions (sometimes correspondence) at length about the world situation in an atmosphere of love, acceptance, humor, and respect which have helped immensely to put it all into perspective. 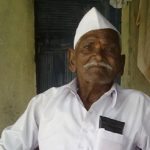 The Ballad of Distan Singh

Even the negative thought creates its own reality

Transforming the Big Muddy into an oasis