It was not ’cause I was invidious that I had been disappointed.

I really didn’t care about your women or the wealth.
You may have misunderstood.
All that happened was because
I felt that since our first encounter
you simply pretended I was fine as I was.
But now I could see you were just waiting
for me to be really so.

When you saw something did happen
during the Vipassana group with Pradeepa and Gopal
which you gave me to attend,
you invited me with a glance to join your inner circle,
but I could not accept.
With sudden anger I refused.

Deep down into childhood time
the hidden wound was that I had been
always considered unworthy.
It had been hurting me deeply and I was not aware
of how it was rooted inside.
I had become one of the many not to welcome me.

Nobody grasped my reaction to your invitation
but it was immediately enough for you.
Well, let me take a deep breath.

It was good I behaved externally as I did,
because that had nothing to do with the love I felt through you
as this was and still is for me the “real” thing.

I greeted you with joined hands,
we smiled at each other,
saying goodbye as good friends do.
As if we would see each other next time
as we have done for years and times before.

Just your woman grasped something
and looked puzzled at you
while I turned to go back to my seat.

That moment was enough for you.
It had been all so sudden.
You simply cut the relationship with me
or that was what I felt since
yes, from that split moment our paths diverged
even if later in these forty years
you have visited my dreams many times –
but now not so often.

I was touched by what happened to you later.
The suffering you and your people had to bear.
Your unexpected anticipated death.
The American experiment was bold,
but since the very beginning as things were,
I didn’t believe that it was feasible.
Beside that, I had to live my life.
The entire world could not come to stay with you.

Many in the world wanted to visit you
just for a while,
then go back to their everyday life
while carrying you within.

You, the misunderstood, the rascal, the blessed one
the very special Sublime gift
life has bestowed upon us!

Many would try to live moment by moment
and transform the ordinary into divine
as you have shown us.

I was one of them.
Not a very good disciple indeed.
Far from being a devotee.

Strange enough however
I found myself then and now
filled with gratitude and meditation.

Still I see the infinitely long way back home
Still I feel you in the mysterious morning of the soul
Still I do feel like playing, dancing and singing.

I guess you would nod.
Wouldn’t you?

Prabhudas is a retired electronic designer from Milan, Italy. He took sannyas in spring 1972.

as if a tree starts running 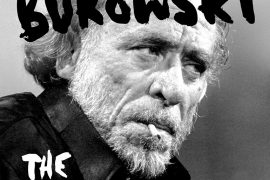