Hate meditating? This active practice is perfect for the fidgeting non-believer

“It’s a full-body calm so clear that it almost feels like levitation,” writes Rebecca Norris, when talking about Osho Dynamic Meditation, in Hello Giggles and Yahoo Sports, July 16, 2020. 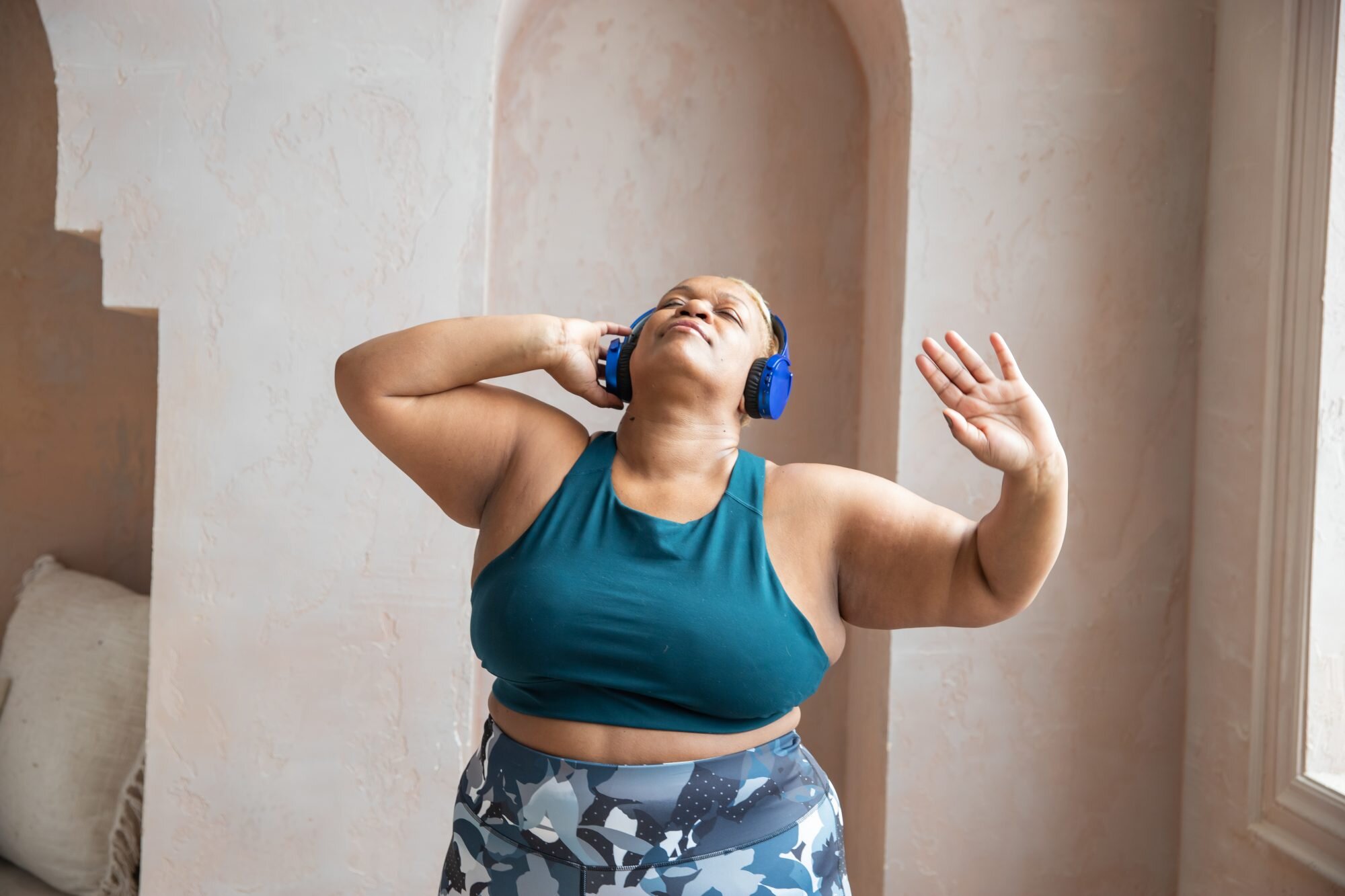 Keeping up with the surge of “cure-all” wellness fads is a job in and of itself. In our column Wellness Inspector, we do the work for you, closely examining these trends to see if they’re worth your hard-earned pennies—or whether they’re just hype.

If you’re like me, meditating—as in sitting silently and still in a comfortable seated position with your eyes closed—is difficult AF. As an antsy person, my mind goes a mile a minute, forever envisioning the next step, deadline, or purchase. While this type of forward thinking can be helpful when it comes to planning and scheduling things out, it’s anything but when meditation is on my agenda.

And trust me, I’ve tried all forms of meditation. From going to yoga studios to using guided apps (Calm, ILY) or high-tech meditation gadgets (looking at you, Core), I’ve simply never been able to fully grasp the quiet mind and serene body thing. That is, of course, until I experienced dynamic meditation.

What is dynamic meditation?

“Dynamic meditation is like the ultimate adult temper tantrum,” says Caitlin Fox, the founder of Washington D.C. meditation studio The Glow Club. “It’s a full-body cathartic release that uses sporadic movements and spontaneous noises to help you let go and feel fully into the present moment.”

The technique—which has been popularized in the present day by fitness studios like Taryn Toomey’s The Class—was first developed in 1970 by an Indian mystic named Osho.

“He believed that it is through a nonlinear, chaotic trance that the mind and consciousness enter the body to awaken the heart through cathartic movement and then move through the body,” explains Coltrane Lord, a Vedic counselor, meditation teacher, and sacred intimacy and spiritual guide. “As I understand it, the chaos of non-linear and ecstatic movement engages the whole body to release the energies that are stuck in the body. Our bodies are vehicles for divine wisdom, and when each cell is liberated from the stresses of the material world, we can tap into the etheric space, which is what traditional meditation is trying to do in the mind space.” In that way, Lord says that dynamic (also known as moving) meditation allows for the same emptiness to occur in the mind, which offers more space between the cells of the body, creating the head-to-toe serenity that meditation is known for. 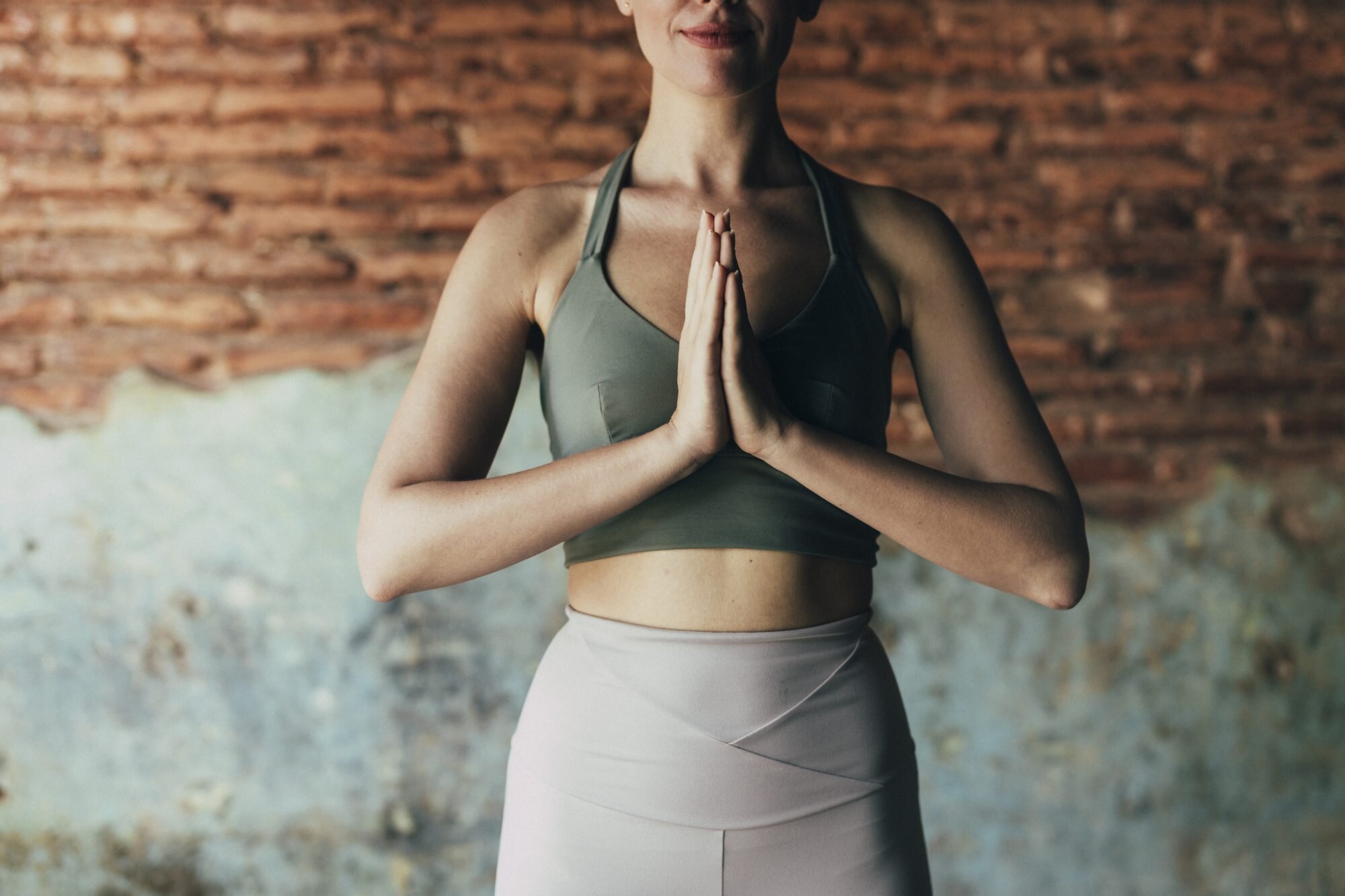 How is dynamic meditation different from traditional meditation?

“You can think of dynamic meditation as a way in which you create chaos on the outside in order to deal with the chaos on the inside, whereas a traditional sitting meditation provides stillness of the body to try and achieve a calmness for the mind,” Fox explains.

In addition to the body’s state, the time it takes to do each type of meditation varies. While traditional guided meditations are available on apps and classes that last anywhere from three minutes to an hour or more, the most popular form of dynamic meditation (aka Osho’s prototype) is an hour long. That’s not to say it’s impossible to engage in dynamic meditation for less time. The Class, for instance, focuses on the moving technique at the beginning and end of each class—with a few cathartic releases sprinkled in throughout.

What are the benefits of dynamic meditation?

Considering that the movements and noises associated with dynamic meditation can come off as loud and aggressive, you may be surprised to find out that the benefits of such actions are much the same as you’d experience from sitting silently with your eyes closed. (Though, if you ask me, they’re even better. Think: a full-body calm so clear that it almost feels like levitation.)

“All of the juicy benefits associated with traditional meditation (i.e. enhanced self-awareness, improved sleep, increased focus, and improved mood) are also seen in dynamic meditation,” Fox says. “The big headliner here, however, is that dynamic meditation can truly be a fast track in helping you let go of any stuck emotions that are weighing you down.”

What’s more, thanks to all the noise cues, Fox says that you’ll also see physical benefits like an increase in lung capacity. “Many of us breathe only using the upper part of our lungs, which is referred to as chest breathing,” she explains, noting that the first time you try dynamic meditation, you may initially struggle with breathing. “As you go on, your diaphragm will begin to push more air into the lower part of your lungs, which, in turn, expands your airways and small capillaries,” she says. “Eventually, your lungs’ capacity will increase, letting you take in more oxygen and release more carbon dioxide. The result? You feel more energetic, a greater sense of equanimity, and—ultimately—more fully into your body.” Hence the floating feeling I mentioned. Cool, right?

What are the stages of dynamic meditation?

When Osho developed dynamic meditation, he broke the hour-long technique down into five different stages. “The objective is to provide you with a sense of cathartic release, inner calm, and a feeling of connectedness,” Fox says.

The stages are as follows:

Stage 1: Heavy breathing (10 minutes). “Take very quick, chaotic breaths through the nose,” Fox instructs. “These should be deep, intense, and fast—no rhythm or pattern. You’re working at this stage to build up all the energy you can inside of you. You’ll want to use and move your body to help build up your energy. Keep building almost to a breaking point, but don’t let anything go during the first stage.”

Stage 2: Tantrum (10 minutes). “Let go, and release all of the built-up energy and emotions we each hold onto so tightly,” Fox says. “You can scream into a pillow, dance, cry, sing, jump in the air, kick—just give yourself permission to completely explode. It’s important to not let your mind take over. Leave any feelings of embarrassment at the door. They have no place here. Go crazy.”

Stage 3: Mantra (10 minutes). “Jump up and down with your hands high above your head shouting the mantra ‘Hoo!’ over and over and over again,” Fox says. According to Lord, doing so awakens the sacral chakra (aka the power center), where our emotions, sexuality, and creativity live. “Keeping the arms above the head and shouting the mantra ‘Hoo’ over and over while jumping up and down stimulates the sex center,” she says. “This allows the dormant life force energy that resides in the root chakra at the base of your spine to eventually rise up into the heart center.”

Stage 4: Freeze (15 minutes). “Stop wherever you are, however you are,” Fox says. “Don’t move your body or sit up straight—any corrective movement or posture at this point will disrupt all that good flow you just spent time building. All you need to do here is observe your body, tune in, and notice the sensations your body is experiencing.”

Stage 5: Celebration and/or relaxation (15 minutes). “You did it and now…we dance,” Fox says. “Using music, you’ll dance it out and express whatever is there inside you in this celebratory form of expression.” If dancing feels off, Lord says to relax. “Do whatever your body needs to integrate the experience,” she says. “This stage feels really alive and delicious in the body. My personal practice includes integrating a desire or intention at this stage, as the body is open and your vibration heightened to receive what she desires with grace and ease.” 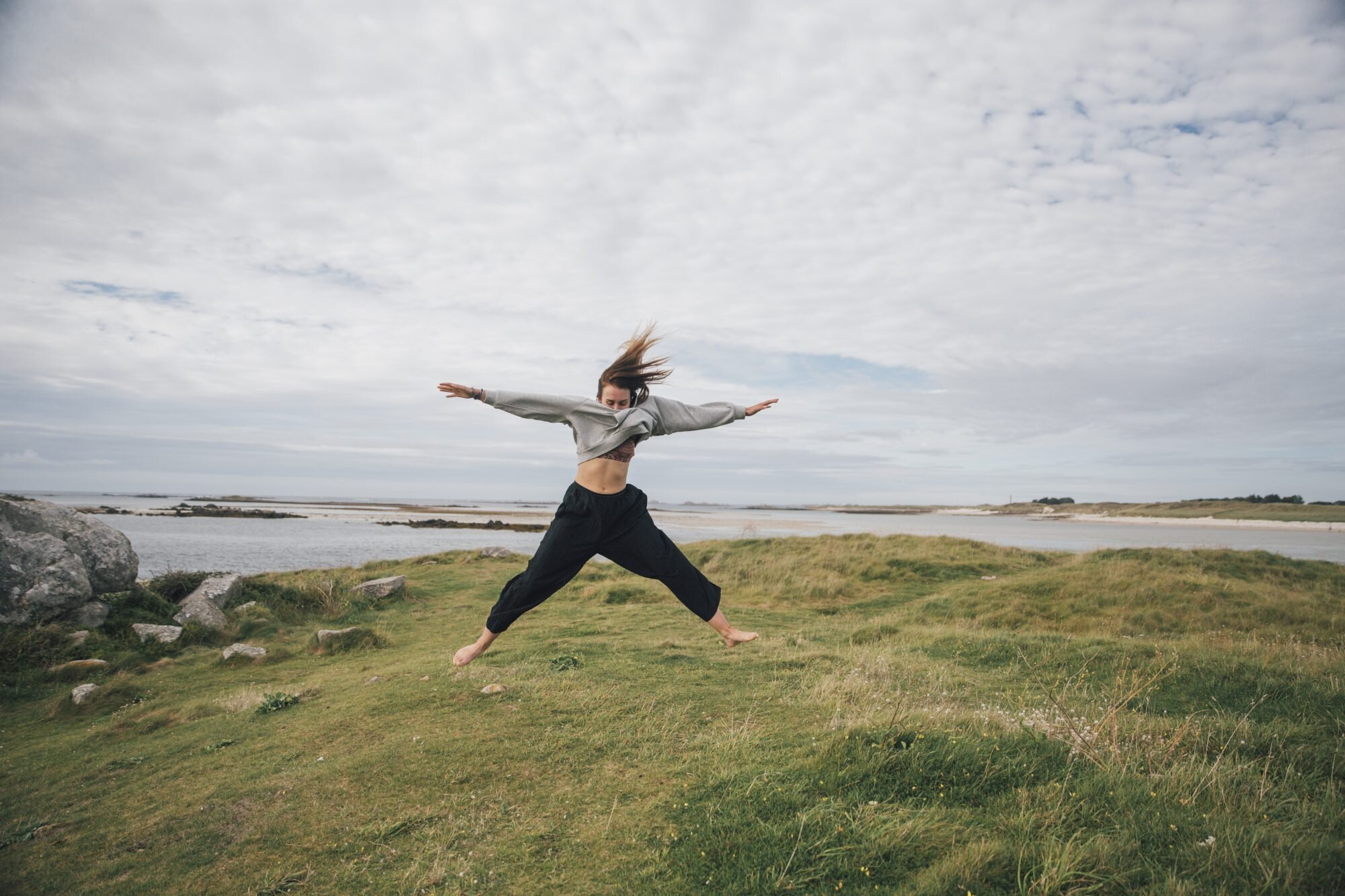 Who can do dynamic meditation?

Me. You. Anyone, really. If you’re someone who finds traditional meditation to be virtually impossible (hi, hello) but crave the benefits of the beloved technique, dynamic meditation can be a great option. “Because you’re in action (mostly) the entire practice, your mind has very little time to interrupt,” Fox says. “And with the intensity of the movements and stages, once you reach the point of stillness, it gives you the ability to meditate by just being present by way of sensation.”

Quite simply: Begin. “I believe the best way to start is to just start,” Lord says. “As your own guru, you can practice in the privacy of your own home until you feel you are ready for the community that will heighten your practice.”

As Fox reminds us, we all have everything we need right inside of ourselves to harness the centering power of this decades-old approach.

“It has been recommended to do it early in the morning, but do it any time that feels right for you,” she says. “You can follow the five-stage instructions and do it on your own, but it’s a lot more powerful with a group.”

Pro tip: If you choose to try it out on your own, there is specific recommended music by Osho, which is thankfully available for download from Amazon. “But if you’re feeling it, go ahead and draw up your own playlist,” Fox says. “Have fun with it.”

I’m in the studio