My Diamond Days with Osho: the New Diamond Sutra

One of the first personal accounts which were published about the life with Osho by a close disciple. Review of Shunyo’s book by Devika.

Shunyo says she remembers once in the early days saying to Osho, “I will give you a diamond,” although she says she knew she would never have the money to buy one. This book is really a diamond, written from her heart. It is a beautiful and intimate account of her life as a devotee of Osho, living in his house and doing his laundry, having much personal contact with him, from the mid seventies until Osho’s death celebration in 1990.

Shunyo’s story starts in 1975 when she takes sannyas in London. After doing Dynamic Meditation for a few months, both in a meditation centre in Bell Street and in Cornwall where she was born, she travels to Osho’s Ashram in Pune, India, and describes her first impressions of life in the Ashram in the early days. She had previously been a secretary in London, but after working for a while as a gardener in Osho’s Ashram, she is invited to live in Osho’s house and do his laundry. She describes the darshans – personal meetings with Osho – and the energy darshans of Pune One.

Travelling with Osho to Oregon, USA, the book becomes an exciting and somewhat terrifying novel, as Shunyo tells the tale of Rajneeshpuram, the development of a wonderful oasis in the Oregon desert created by sannyasins and the final destruction of the commune which is caused by the persecution and the inhuman treatment of Osho by the US government. Shunyo and the rest of the people travelling with Osho are arrested and shackled in chains with Osho and imprisoned in US jails before being released and deported. So begins a world tour where the group with Osho move in danger of their lives and are threatened and rejected by more than twenty countries due to pressure by the US government, before returning to India where they are greeted by a tumultuous welcoming crowd at Mumbai airport. 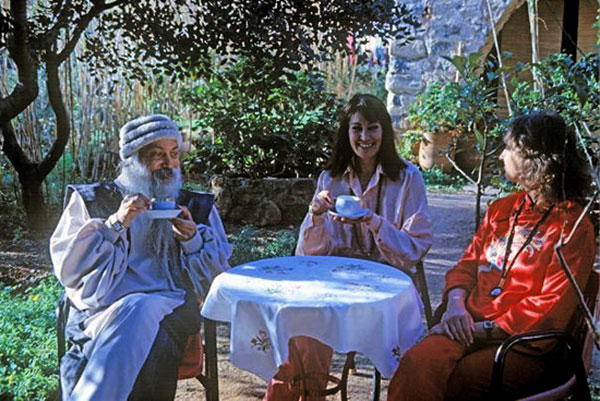 Shunyo describes the next three years, which we call Pune Two. Osho continues his work in the Pune Ashram once more where thousands of people, both new and old friends, come to hear him speak. However, his health deteriorates rapidly. It is found that his body has been poisoned by thalium and exposed to radiation which was administered while he was in American jails. This is a modern day crucifixion of an enlightened master. Shunyo describes Osho’s leaving the body and his death celebration: the great sorrow and the great joy of it.

Throughout the book we see how Osho’s whole concern and work is for meditation and the spiritual growth in consciousness of his disciples – a path to enlightenment, towards which every being in this universe is journeying.

I recommend this book as the best personal account written of life with Osho from the days of his Ashram in early Pune to his death celebration in 1990.

This beautiful paragraph from the book in Shunyo’s words tells all:

“My diamond days did not only consist of the cutting of the diamond, there were many days that were just sparkling light. The days being close to Osho, doing small things for him, like taking him food, seeing to his laundry, just being near him and watching him in the simple way he lived. The way he lived so totally, silently and gently. To see him do a small thing like fold the hand towel that he kept by his bedside was enough, but these small things elude description and so it is that the most precious diamonds will remain unsaid.”

Ma Prem Shunyo was Osho’s laundress and also sometimes his caretaker. She had much intimate contact with him. After taking sannyas in 1975 and travelling to Pune, she lived in Osho’s house from the early days until his death celebration in 1990. Currently she is travelling the globe leading meditation groups. She is also in Pune in the winter. www.meditantra.com 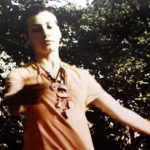 In Search of the Essence of Life

Nyepi: 24 Hours of Silence in Bali 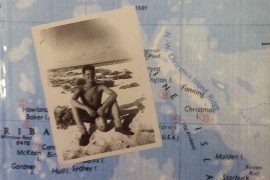 No Risk Involved – The Ken McGinley Story: Survivor of a Nuclear Experiment