We’re all spiritual brothers and sisters helping each other grow

An excerpt from the book by Dhyan Shaida (aka Catherine Auman), ‘Tantric Dating’.

An attitude I developed while hanging out at the Ashram and basking in the tantric atmosphere was we’re all spiritual brothers and sisters helping each other grow. I’d never thought of the men I was involved with this way, so it was revolutionary, and I’d never been in an environment where men and women treated each other as such. It was beautiful and loving in stark contrast to conventional dating where everyone considers others as either a candidate for the Perfect Love or the garbage can.

A brother of mine on the planet, a spiritual brother or sister who’s also evolving – I believe that everyone’s evolving even if they don’t use that language. We come together for these romantic and sexual encounters to evolve in a certain way together. We don’t know for how long; we’re not in charge of that part, I don’t think. So it’s been a helpful mindset for me to hold that we’re helping each other grow, rather than clinging to a fantasy outcome that might or might not be for our higher good.

The fairy-tale fantasy is that a man is going to come fully formed as the Perfect Prince, or for guys, that the Dream Woman is going to come as this totally voluptuous, always wanting to have sex, always loving person. If the Prince was always ready for sex that would be fine too, but it’s this idea that these perfect lovers are going to come to us fully formed that’s the cause of a lot of problems. Who’s fully formed? Only a person who’s not human or who’s stopped growing, so when you meet a real person and they’re not fully formed, you’re going to be disappointed if you’re immersed in the conventional mindset.

But if you’re holding it that we’re all evolving and growing and we’re spiritual brothers and sisters, you can allow the other person to relax in your tender and warm presence and evolve along with you. Both men and women have difficult things to overcome as we are learning to become more loving, and this path of dating, relationships, and sexuality can be one of the roadways to God. It can rapidly accelerate your growth and lead you further along the path to becoming an ultimately loving person.

American-born Dhyan Shaida (Catherine Auman MA) began studying meditation and yoga in 1972, astrology in 1980, and explored many spiritual and personal growth paths. She became a sannyasin of Osho in 1985 and lived at the Osho Commune in 1999-2000, studying tantra and meditation. Her distinguished career in psychology includes work in virtually all aspects of mental health. She taught psychology and counseling at JFK University, the University of Phoenix, and The Chicago School for Professional Psychology. catherineauman.com 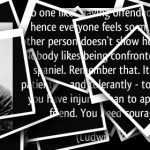 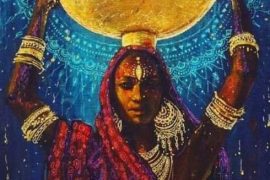 There is a field… 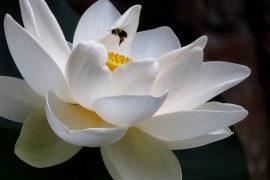 The queen of Ethiopia’s visit to Solomon

An elemental understanding of Circuitry