Euthanasia – Birthright of every human being

Osho speaks on euthanasia, the freedom to choose your death

The main issue in the coming parliamentary election in Holland is euthanasia. Politicians are fighting about the right formula for legislation of the issue. Please comment.

Euthanasia, or the freedom to choose your death, should be accepted as a birthright of every human being.

A limit can be put to it, for example, seventy-five years. After the age of seventy-five the hospitals should be ready to help anybody who wants to get rid of their body. Every hospital should have a place for dying people, and those who have chosen to die should be given special consideration and help. Their death should be beautiful.

Every hospital should have a teacher of meditation. The person who is going to die should be given one month and will be allowed… if he changes his mind he can go back, because nobody is forcing him. Emotional people who want to commit suicide cannot remain emotional for one month – emotionality can be momentary. Most of the people who commit suicide, if they had waited one moment longer, they would not have committed suicide at all. It is out of anger, out of jealousy, out of hatred or something that they forget the value of life.

The whole problem is that the politicians think accepting euthanasia means suicide is no longer a crime. No, it does not mean that. Suicide is still a crime.

Euthanasia will be with the permission of the medical board. One month’s rest in the hospital – every kind of help that can be given to the person to become calm and quiet… all friends coming to meet him, his wife, his children, because he is going on a long journey. There is no question of preventing him – he has lived long, and he does not want to go on living, his work is finished.

And he should be taught meditation in this one month, so that he can do meditation while death comes. And for death, medical help should be given so it comes like a sleep –slowly slowly, side by side with meditation, sleep going deeper. We can change thousands of people’s deaths into enlightenment.

And there is no fear of suicide, because he is not going to commit suicide; if somebody tries to commit suicide he will still be committing a crime. He is asking permission. With the permission of the medical board… and he has one month’s time in which he can change his mind at any moment. On the last day he can say, “I don’t want to die” – then he can go home. There is no problem in it: it is his decision.

Right now there is a very strange situation in many countries. People try to commit suicide – if they succeed, good; if they don’t succeed, then the court gives them the death sentence. Strange! — they themselves were doing that. They were caught in the middle. Now for two years a trial will go on; judges and advocates will be arguing, and this and that, and finally the man has to be hanged, again. He was doing that in the very first place, by himself! Why all this nonsense?

And euthanasia is becoming more and more a need, because with medical science progressing people are living longer. Scientists have not come across any skeleton from five thousand years ago of a person who was more than forty years old when he died. Five thousand years ago the longest a person was going to live was forty, and out of ten children born nine were going to die within two years – only one would survive – so life was immensely valuable.

And Hippocrates gave the oath to the medical profession that you have to help life in every case. He was not aware, he was not a seer. He had not the insight to see that a day could come when out of ten children, all ten would survive. Now that is happening. On the one hand, nine more children are surviving; and on the other hand, medical science helps people to live longer – ninety years, one hundred years is not rare. In developed countries it is very easy to find a ninety-year-old person or a one-hundred-year-old person.

In America there are thousands of people in the hospitals just lying in their beds with all kinds of instruments connected to them. Many are on artificial breathing machines. What is the point if the person himself cannot breathe? What do you expect him to do? And why are you burdening the whole nation with this person when there are many people dying on the streets, starving?

Thirty million people in America are on the streets without shelter, without food, without clothes, and thousands of people are taking up hospital beds, doctors, nurses – their work, their labor, medicines. Everybody knows they will die sooner or later, but as long as you can you should keep them alive.

They want to die. They shout that they want to die, but the doctor cannot help in that. These people certainly need some rights; they are being forced to live, and force is in every way undemocratic.

So I want it to be a very rational thing. Make it seventy-five years or eighty years; then life is lived enough. The children are grown up… when you are eighty your children will be fifty, fifty-five; they are getting old. Now there is no need for you to be bothered and worried. You are retired; now you are simply a burden, you don’t know what to do.

And that is why old people are so irritable: because they don’t have any work, they don’t have any respect, they don’t have any dignity. Nobody bothers about them, nobody takes note of them. They are ready to fight and be angry and shout. These are simply their frustrations that are showing; the real thing is they want to die. But they cannot even say it. It is unchristian, it is irreligious – the very idea of death.

And if meditation has been joined with sleep they may die enlightened. They may know that only the body is left behind, and they are part of eternity.

Their death will be better than the ordinary death, because in the ordinary death you don’t have the chance of becoming enlightened. In fact more and more people will prefer to die in the hospitals, in the special institutes for death where every arrangement is made. You can leave life in a joyous, ecstatic way, with great thankfulness and gratitude.

I am all for euthanasia, but with these conditions. 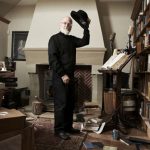 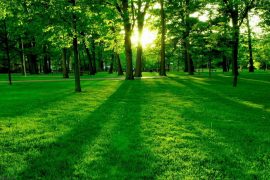