Punekars, as residents of Pune are called, are considered high-handed across the region – often to the point of rudeness, writes Rathina Sankari. Published by BBC on October 29, 2018.

On a rainy September day, I was wandering the streets of Sadashiv Peth, a neighbourhood in the old quarters of Pune in the Indian state of Maharashtra. As I passed a temple, my eye was caught by a large, colourful signboard, written in the local Marathi language:

This is Rahalkar’s private parking.
Anyone visiting the temple other than Rahalkar
cannot park their vehicle here.
If you park, tyre will be deflated,
vehicle will be chained and locked.
Only after paying a Rs 500 fine will it be unlocked.

The tongue-in-cheek version of a ‘No Parking’ sign brought a smile to my face, especially since, just an hour prior, I’d stepped into a well-known local restaurant – SP’s Biryani House – to savour their lip-smacking varieties of biryani. Inside was a sign that read:

We can run out of biryani anytime.
No-one should get angry
and argue with the management.

The city of Pune, India, is known for its tongue-in-cheek patyas, or signboards (Credit: Rathina Sankari)

It isn’t unusual to see straight-talking signs like this around Pune’s old quarters. The infamous Puneri patya (Pune’s signboards) can be found at most carparks, restaurants, shops and houses. Some have been there for decades, with new ones cropping up occasionally. They’re so iconic they’ve even been glorified through social media.

While some are humorous, others have heavy doses of sarcasm, often to the point of coming off rude. Some of my favourite patyas that I’ve seen while walking through the peths (wards) of Old Pune include:

If the bell isn’t answered after ringing once,
understand that we don’t wish to meet you: leave.

Wait after you ring the doorbell;
residents are humans, not Spiderman.

In case anyone parks here,
the vehicle’s tyre will be punctured.

Our son’s marriage has been fixed;
do not bring proposals.

“It was sometime around 1960s or 1970s that the patyas came into existence,” explained Dr Shridhar Madhukar Dixit, retired director at Savitribai Phule Pune University’s Interdisciplinary School of Social Sciences. “Punekars are straightforward and don’t hesitate to state how to behave through their patyas.”

Some patyas like this one, which reads ‘Please give change. While leaving the counter, count your notes and coupons’, can come off as rude (Credit: Rathina Sankari)

Punekars, as city residents are called, are considered high-handed across the region, often to the point of rudeness. They tend to be men and women of few words, and whatever little they speak is often curt and blunt. In fact, the Puneri attitude is so well known that it’s been showcased in Marathi cinema such as the film Mumbai-Pune-Mumbai and television programmes like ‘Puneri Punekar’.

“It requires time and effort to get friendly with Punekars,” said Chetan Chandratre, a software engineer from Nasik, a city in Maharashtra’s north-west. “My Punekar roommates would mock my Marathi and always correct me when I was in college. It took me few months to get into their close circle.”

When Rashmi Joshi travelled to Pune from Nasik to meet her prospective Punekar groom at a restaurant, it came as a surprise when he asked her to foot half the bill. “I didn’t expect it, since I assumed he would try to impress me in our first meeting,” she told me.

Indeed, Punekars are tough nuts to crack for any outsider. Mumbaikars (Mumbai residents), who live just 150km to the west, enjoy a love-hate relationship with Punekars, with the former often taking a dig at the latter for their surly manner. A common joke is: if you visit a Punekar at his home, he will ask you whether you will have water. (In India, guests are first and foremost offered water without asking, hence this approach comes off as extremely impolite and uninviting.)

Dixit explained that this no-nonsense attitude is inextricably tied to Pune’s history. “They acquire[d] certain characteristics due to their historical and cultural background. The setting is responsible,” he said. 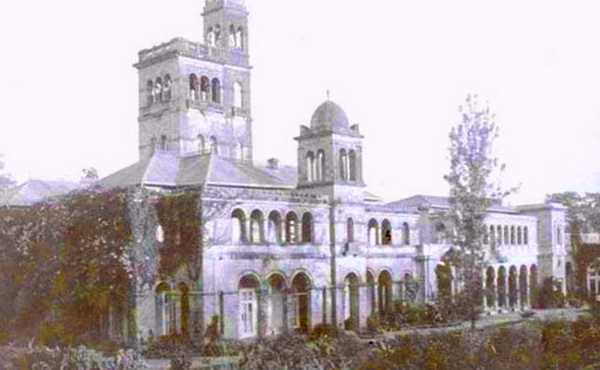 The old city of Pune was the headquarters of the Peshwas (the de facto rulers of the Maratha Empire) from the 18th Century to the early 19th Century, when it was annexed into the British Empire. At its peak, the Maratha Empire spanned from Peshawar (in today’s Pakistan) in the north, Orissa to the east and Thanjavur to the south. As the seat of power, Pune’s city limits grew during this period, and the city flourished as a power centre in the region.

Balaji Vishwanath Bhat, who was the first of a series of hereditary Peshwas, belonged to the Chitpavan Brahmin community (one of the categories of the Brahmin caste, which is India’s highest caste), who came from the Konkan region of western Maharashtra. His migration to Pune triggered a mass movement of Chitpavan Brahmins from Konkan in search of better prospects, and his title soon became a hereditary post, paving the way for Brahminical culture.

“When leaders of one community acquire power, then they build around them a power group from the same community. Many Brahmins rose to positions of prominence during the Peshwa rule. This resulted in the Brahminic dominance in the city,” Dixit said.

Shaniwar Wada Gate. The city of Pune was once the headquarters of the Peshwas, the de facto rulers of the Maratha Empire

As such, the city quickly developed a unique culture, where the Brahmins had an upper hand in society and lower-caste residents were pushed to the fringes of the socio-economic set-up. Brahmins, traditionally a caste of scholars and priests, became advisors to the Peshwas and held high ranks in the city as bureaucrats, bankers and administrators. Alliances between influential families further buttressed Brahmin power.

These elitists took on the role of the governing caste, dictating the norms and rules of the other castes’ living conditions, thus bringing in a sense of superiority in the biased hierarchal social structure. While they historically enjoyed the role of law enforcers, today their enforcement has been reduced to protecting their own rights through the patyas. The signboards and their direct form of communication are the vestiges of their past authoritative conduct. 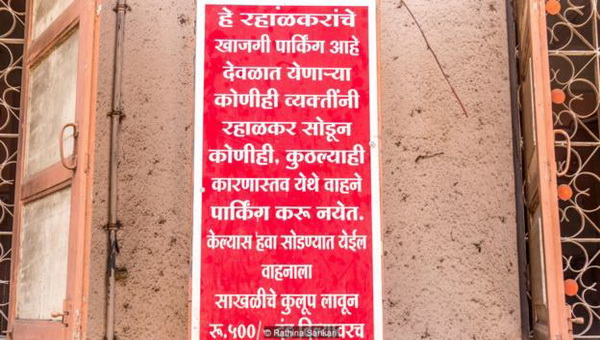 Pune’s signs are the vestiges of the Punekar Brahmins’ past authoritative conduct (Credit: Rathina Sankari)

However, despite their high status during the Peshwa period, the Punekar Brahmins lived an austere life, and continue to do so. Maya Lele, a Chitpavan Brahmin who lives in Pune explained, “Life in Konkan was difficult for our ancestors. The hilly terrain and heavy rains made living and farming difficult. So, we understand the value of time, money and effort and don’t take it lightly.”

Joshi put it another way: “Punekars focus towards optimum usage. They might go to bed half-full [rather] than [on] a full stomach with wastage.”

Whichever way you look at it, the traits of the Punekar Brahmins have been defined over the centuries, from their humble origins in Konkan to their journey for greener pastures to Pune and their subsequent life as the power brokers of the city. And today, their descendants, who mostly live in the old city, continue their direct and thrifty legacy, ensuring outsiders follow the edicts laid down by them through their signs.

Over the past several decades, Pune has evolved into a cosmopolitan city

While outsiders are amused – or annoyed – by the Puneri attitude, as described by late author and humourist P L Deshpande in his well-known Marathi essay Tumhala kon vhaychay?, Punekars are very proud people who see no reason to change.

Over the past few decades, Pune has become a cosmopolitan city with a constant influx of international students who study in its prestigious colleges, leading to it being considered the Oxford of the East. Pune is known across the country as the cultural seat of Maharashtra, and Indians from other states migrate here for jobs as it is a manufacturing and software hub.

Despite all this, the cultural norms are still very rigid. The age-old Puneri attitude isn’t only seen on signboards but is still practiced in daily life, too. Vinay Kulkarni, a Punekar, told me that when he visited a temple in the old city at noon, he was told, ‘It is God’s sleeping time, come back in the evening.’

If you walk into a shop in the old city at 13:00, you will be curtly told to return at 16:00 since it’s ‘siesta’ time. No amount of cajoling will open the shutters of the store.

“Sometimes it affects business. But the common belief among Punekars is that they are giving quality, hence customers will return,” Dixit said.

In August 2018, the Ease of Living Index Report ranked Pune as the most liveable city in India

While these rules are often laughed about by outsiders, it seems that something is working; the Ease of Living Index Report, released in August 2018, ranked Pune as the most liveable city in India, based on the major pillars of urban development, including social, institutional and economic factors.

Outsiders who still don’t quite ‘get it’ should heed the words of Chandratre, who summed it up aptly:

“You take time to adjust to the environment. But once you ignore the irritants and learn to go with the flow, you will enjoy the experience.”

The life of a wanderer