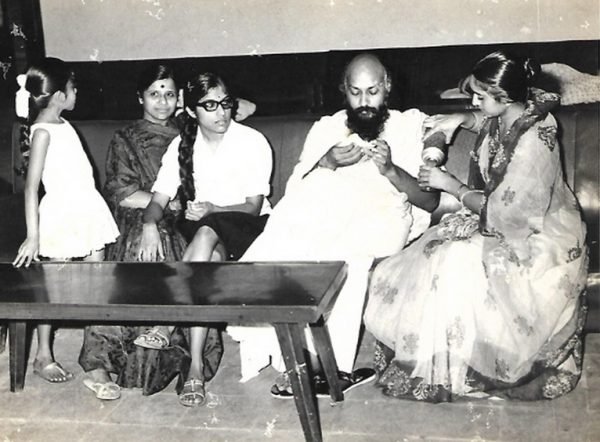 First Ishverbabu, then Ishver Samarpan, and finally Ishverbhai – the names Osho called him all along during 25 years of their Sadguru-Shishya association.

As we know, Osho was a prolific debater and speaker right from the 1950’s. Then called an Acharya by the people, he debated religious beliefs with pundits and challenged people’s belief-based living. He continually encouraged all to experience their reality in the here and now. It was at one such gatherings in Bombay in the mid 1960’s when Ishverbhai first met Osho. And, wouldn’t you know it… it was love at first sight!

Early on, Ishverbhai was attracted to the Acharya’s revolutionary thoughts on Life (jeevan), Death (mrityu), and Dharma. Ishverbhai himself had been a Raj Yogi and a Gandhian freedom fighter. Thus, it was of no surprise to those who knew Ishverbhai that Acharya Rajneesh’s earth-shattering krantikari (revolutionary) views on religion and life were strongly appealing to the rebel residing within Ishverbhai.

Born in a village of Kutch, Gujarat in 1922 and raised by his loving mother (a devout Jain), having lost his father early in his infancy, Ishverbhai grew up as a self-made man. He got actively engaged in Gandhiji’s independence movement and during his formative teenage years lived under Gandhiji’s tutelage for two years at his Chalala Ashram. Out of this Ashram and as a young man of 18, he was now an action-oriented individual and jumped right into the struggle for an independent India. He began addressing people in the villages to rise and act for a free India. He went around Kutch delivering his own revolutionary thoughts to the public for making an independent motherland; he was working incessantly to move people’s love for their homeland into real action for independence. It was during those days that a beautiful Gujarati girl (Ma Guna) fell in love with his powerful oratory; they married out of love and after independence moved to Bombay in search of a bigger and better life together.

Ishverbhai’s love affair with Osho began in the mid 1960’s. Soon after their first meeting, he became actively engaged in fulfilling Osho’s unquenchable appetite for action. Ishverbhai took to organising Osho’s relentless talks around the country and applied himself to broadening Osho’s appeal to the people by securing greater venues in major cities like Bombay. There were several large personalities around Acharya Rajneesh at that time, but the Acharya had already spotted his dependable man in the ever-optimistic and result oriented Ishverbhai!

Those days were of a vision as vast as the sky but lacking seriously in resources to fulfil it. Also, the multiple and fragmented effort around the country to spread Osho’s words were taking up much-needed financial resources and time but were not as productive as they could have been. With Osho’s guidance, Ishverbhai created Jeevan Jagruti Kendra (JJK), with himself as its first operating Trustee, supported by two others.

JJK now became the centralised organisation which consolidated all ongoing efforts under one umbrella and initiated much more. It gathered recordings of Osho’s talks of the past and began publishing books of Osho’s spoken words under the name of this Trust. The JJK logo was personally designed by Osho; it can still be found in the early books of the late 60’s and early 70’s.

With JJK as the centre of Osho’s work, Ishverbhai began arranging talks in major metropolitan cities. Fundraising activity was one of the sorely needed and most difficult activities to accomplish at the time for the Trustees; they were always short of money.

Here’s an interesting episode of the late 60’s, related to a funding discussion between Osho and the Trustees. Ishverbhai had wanted to host a 10-day lecture series at Azad Maidan in Bombay and attract every day over 10,000 people in the audience; this needed a sizeable monetary fund to organise. Trustees were facing difficulties in raising funds and brought this to Osho’s attention. He asked how they had been going about it; the trustees had been working on finding 10 donors of Rs.10,000 each. Osho suggested to instead ask for one rupee daily from each in the audience while they were exiting after the lecture.

Osho sensed scepticism from a couple of the Trustees over this idea as it was risky! But Osho was confident of the appeal his lecture would have on the audience and so, he turned to Ishverbhai and asked him to make it happen. Ishverbhai took on the challenge! He gathered his family and friends to stand every day at the exit, holding long fabric pieces in their hands, and requesting a rupee from each one leaving the Maidan. And as Osho had predicted, they did well, in fact, super! The collection was more than enough to cover all the expenses of this long lecture series. Such was Osho’s vision, and his confidence in Ishverbhai.

Over the next few years Ishverbhai expanded the Trust’s activities to include week-long lectures and Dhyan Shibirs [meditation camps] throughout the country. Activities grew in leaps and bounds and Osho moved to Bombay, residing at Woodland Apartments. Ishverbhai remained actively engaged in expanding the publication of Osho’s words, and the Trust was quite successful in this endeavour.

The stay in Woodland turned out to be of a temporary nature as Osho’s divinity had now spread throughout the world. Foreign and local donations began coming from around the world to help create an Ashram; thus, soon followed the rise of the Rajneesh Ashram at 17 Koregaon Park, Pune and subsequent transfer of Jeevan Jagruti Kendra to the organisational arrangement required to manage and grow the Ashram.

Ishverbhai wondered if he too should move to the Ashram while family responsibilities (aging mother and a young family) were still resting on his shoulders alone. However, Osho asked that he remain in Bombay, support the Ashram when needed, and also to establish and run a meditation centre in Bombay, the first one outside Pune to be formally authorised. This Osho Aum Meditation Centre continued publishing and spreading Osho’s words, operating out of Ishverbhai’s business premises at Masjid Bunder, Mumbai almost till the end of his life.

Ishverbhai had a critically important role in the development of the Rajneesh Ashram in assuring key regulatory approvals and removing associated hurdles; he continued supporting this activity for many years through the several subsequent expansions of the Ashram. As before, if the Ashram organisation described a significant problem they couldn’t overcome, Osho would ask them to contact Ishverbhai, assuring them that he would get it done! Such was the confidence in each other between Osho and Ishverbhai.

He visited Rajneeshpuram in Oregon when Osho settled there, and later again got involved in supporting the Commune in Pune when it was needed upon Osho’s return.

Ishverbhai was happy to switch between being a foot soldier and taking the personal lead to inspire others and get the work accomplished. A very noticeable thing about his work is perhaps that not many would know his valued contribution to such significant achievements. He was a “silent” worker, not looking for recognition when serving the Ashram’s needs. His undying love for and total surrender to Osho were his motivational drivers to do whatever needed to get it done.

Perhaps Ishverbhai is the one pioneer of Osho’s work over 45 years who is the least known to people but has been a major contributor to laying that solid foundation upon which the Osho organisation could rise and spread throughout the world. For all those years he worked with an infectious enthusiasm to broaden Osho’s visibility and succeeded in doing so due to his relentless passion to help others.

Ishverbhai’s meditations of choice throughout his life were Nadabrahma and Vipassana, and with Osho’s encouragement Ishverbhai went deeper with Vipassana towards the final years of his life. On the day he left his body, Ishver Samarpan was found lying down on an early afternoon in his favorite shavasana position and was in Vipassana as he departed!

Such was the life journey of this self-driven, intrepid, gentle warrior of action. We salute you and all you have done for all of us, Swami Ishver Samarpan!

Text thanks to Sunil Shah, Ishverbhai’s son, and for the images to Parul, his daughter, sent to us by Anuragi

Such an inspiring life story of Ishverbhai. Thank you for sharing. It made my day.
Swami Anand Abhinav

Thank you so much for publishing this. I had seen Ishverbhai around since I met Osho, but I never knew anything about him. I was so touched to read all that he has done for Osho.
Shanti

Ishverbhai’s life story and his role in the work of Osho blows me away. I salute this incredible Soul from the depths of my Being. Maybe Osho’s whole work would have never happened the way it unfolded without him, and I never would have come to meet and merge with Osho. I feel tremendous gratitude, love, and respect for Ishverbhai. What his son Sunil says is true – he was so silent and unassuming that I had no idea of the vital role he played in Osho’s Leela… and I am definitely a long-time Sannyasin and Commune freak who lived and participated “on the inside” all through Poona 1, the Ranch, the World Tour time, and Pune 2… even for a few years after Osho left his body.

I cannot explain it – I cried very deep and sweet tears when I saw Ishverbhai’s photos and heard his Life journey, like I have met him and fallen in love with him by his leaving his physical body. I received a very positive jolt of “something” inexplicable. It is a very new and unusual experience for me. I hold it like a treasure inside.

So thank you, Ishverbhai, and thank you Sunil and your whole family for being there with Osho from beginning to end.

Tribute to Ishawarbhai.
Got very emotional and at the same time inspired, after reading the article!
Need of the hour is to have so many dedicated followers of Osho, just like him to spread messages of peace, bliss and love, all over the world!
Makshama

Thanks for the obituary and thankfulness to Ishverbhai who many years ago introduced me to the holdings of the Bombay Osho center, where I was received with much love and support in my work. Their rich collection of Osho’s early booklets were then and there to be photographed and documented for posterity, and later also included in Osho Source Book.
His blessings,
Sw Anand Neeten

You can leave a message / tribute / anecdote using our contact form or by writing to web@oshonews.com (pls add ‘Ishverbhai’ in the subject field). 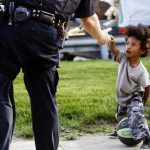