If I do something, I try to see it through to its completion, or at least try to ensure that it brings the maximum result.”
Vladimir Putin

Russia’s takeover of the Crimea peninsula has been in the headlines these days. It sparked my interest in the man responsible for the move, President Vladimir Putin. In the western media he is portrayed as a man who clings to power, holds back progress and represses the Russian people. He seems to reign like a 19th century czar and to act on the world’s political stage in an old-fashioned, imperialist way.

Domestically, he has taken control of the media, creating a personality cult around him and silencing his opponents.

There may well be a collective mechanism at play here that follows an ancient and convenient mental-emotional pattern: ‘when he is bad, it automatically follows that we are good’. Our own values are confirmed without the need to question them.

Human Design looks more at a person ‘from the inside out’ – so what do we see?

Vladimir Vladimirovich Putin was born Oct 7, 1952 at 9:30 AM. The birth time is not 100% confirmed; running different times of birth through the software, combined with observation of his life, give this Chart a good probability of describing the actual Putin.*)

Vladimir Putin has an Interpersonal Profile**, meaning that ‘the other’ comes first, and after that his personal life. The people around him notice this and expect leadership from him. In their youth it is vital for an Interpersonal Profile to receive guidance or tutorship, so that their ‘personal’ side can find a foundation in life. In Putin’s case, a teacher saw his potential and gave him extra attention.

It became clear that street smarts were not enough, so I began doing sports. But even that was not enough for maintaining my status, so to speak, for very long. I realized that I also needed to study well.”

These words show one of the fundamental character traits Putin has: the need for outside confirmation. How he is being seen is all-important to him. Finding access to their inner life, and even more sharing it, is probably the biggest challenge for his type of Profile. Without this access, however, there remains a nagging doubt: who am I really? And closely connected with it: Can I really be loved? Facing this doubt and expressing it opens the possibility to receive others’ love and love oneself too.

So we see a natural and capable leader with a strong tendency to focus on outside recognition. His sensitive inner side may not be known to many, if anyone at all.

In this respect it is interesting to look at Putin’s connection with animals. He has Gate 49, one of the trans-special Gates in Human Design, doubly activated.

This Gate has to do with breeding. Animals feel this and will naturally gravitate to him. Of course, Putin uses this to manipulate his public image. I see also another dimension: there is a genuine liking between Putin and the animals. It gives him a chance to show that he can love and is being loved.

Sacrificing animals (giving up what you value for a higher purpose) belongs to Gate 49 as well, and Putin has his Earth in Gate 21, the Hunter. Pictures of him walking around bare-chested with a gun and displaying his prizes abound on the internet.

Mr. Putin is guided by intuition, the kind that animals have: the natural instinct to know how best to survive. He is able to adapt to changing situations while holding in view a long-term vision. He appears to be driven by a half-conscious urge to solve his country’s problems. In secret he may ask himself questions like: ‘what does it mean to serve with integrity as a leader?’ and ‘are my intentions welcomed by the outside world?’.

I suspect a genuine desire to serve his country and make it safe and great once again. When his initiatives are not being welcomed he may revert to an angry kind of cynicism and for a while lose his intuitive ability of appropriately responding to the actual situation. The temptation is to be seen as a man of integrity rather than be one, which would almost certainly put his political survival at risk. So his wish to serve as a leader shows in coming up with great ideas for the welfare of his people (and the corresponding photo-ops), rather than actually risking change.

Still, he was called to power in a time of transition and guides Russia through this period since fourteen years. Quite an achievement, whatever you may think of his way of doing it. His recent annexation of the Crimea is a move based on intuition and supported by clever calculation, which outsmarted the Western leaders. In my view, the latter are not ready to admit how embarrassed they really are.

Vladimir Putin has an inner need to retreat and find peace in nature, away from life’s preoccupations. Staying true to his strategy, he brings this aspect of him also into the public domain. I wonder if he can give himself what he is really looking for.

The thought of spending time in a quiet, natural environment, perhaps in a religious context, may sometimes come to him. I wish for him that he once allows himself to honor this aspect of his being.

*) If you have your (or a loved one’s) birth day but not the exact hour, it is usually still possible to make a relevant Human Design Chart and Reading. When this is your situation and you want to have a Reading, look here yourhumandesign.ch or contact me directly: + 41 76 4002601 or info@yourhumandesign.ch

Shantamo grew up in the Netherlands and studied at the Film Academy in Amsterdam. In 1980 he came to Pune where Osho gave him his new name. He became part of the Amsterdam center (on a houseboat, later in a disused prison). In the Pune 2 commune he worked as a cook, and later in the Mystery School and as meditation leader. Since 2005 he lives in Switzerland where he gives sessions as a Certified Human Design Reader. yourhumandesign.ch/en 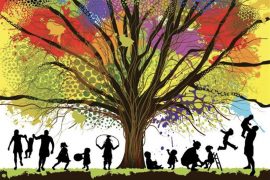