Chandra’s Sedona Landscape photographs – and ‘the famous’ ones.

Best to watch this slideshow in fullscreen (click on arrows top right). 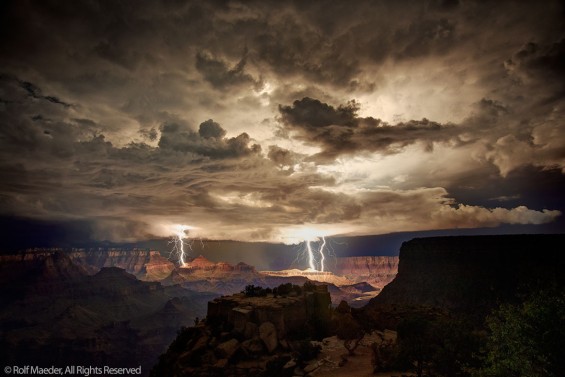 When in 1999 I came to Sedona to join the Osho Academy, I left everything behind. In Switzerland I had been working as a musician; I played the French horn in classical orchestras and directed choirs for Renaissance music. In Cowboyland nobody was interested in hearing Cypriano Rore or playing Baroque music on period instruments. For quite some time I was upset that I could not find an outlet for my creativity and to share beauty. And there was so much beauty around! Sedona is known as one of the world’s most beautiful places!

Slowly slowly I found the link between the auditory, which was very familiar to me, and the visual, of which I was not much aware of. This is how photography became a doorway for me into new ways of seeing.

And then, all of a sudden, the Grand Canyon lightning shots! These most extraordinary shots (which I took on August 30, 2013) went viral. They were published on TV, in newspapers and online all over the world. This was a totally unexpected kick from existence!

I had driven out to the Grand Canyon with two other photographers to take sunset photos. Instead of a sunset, a thunderstorm emerged from far away and gave us the opportunity to shoot these most incredible lightning pictures. With the ‘Grand Canyon Lightshow’ a unique scene jumped into my camera which touched millions of people. These photos reveal something of the mystery and beauty of existence – far beyond words.

Now, back in Switzerland, I have started to take photos of the beautiful landscape here and picked up the French horn again…

Dhyan Chandra (Rolf Mäder) was born in Switzerland and worked there as a musician. He became a sannyasin in Rajneeshpuram in 1983. In Pune, he played the French Horn for Osho and gave choir singing workshops at the Osho Multiversity. In 1999, he moved to Sedona to join the Osho Academy. Earlier this year he returned to Switzerland where he works as a freelance photographer and musician, offering choir workshops and playing the French horn. He is currently showing his photographic work in Rheinfelden, Switzerland. rolfmaederphotography.com – corodiluna.com

It Comes and Strikes