It Happened in Pune

In 1979 I read Only One Sky by Osho. I was so moved that I literally jumped on a plane to Pune to meet this remarkable person.

At the Koregaon Park ashram were thousands of people who felt the same pull I did. Every morning we gathered in Buddha Hall to listen to Osho giving discourse. The topic in the last half of the year 1979 was the Dhammapada, the sutras of Buddha. Activities for the rest of the day ranged from meditation to psychotherapy groups, to musical and dance celebrations. One of the ashram residents that I had a strong connection with was Paritosh, who had studied under Carl Jung. 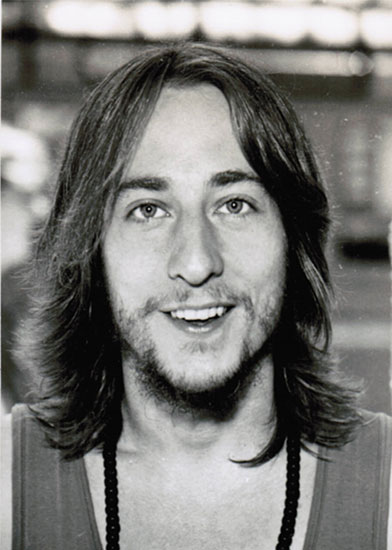 Everything at the ashram was a life changing experience, culminating in the ultimate life change, my death. Leading up to this, several key things happened. Osho communicated to me one very critical piece of information by saying, “If you can observe fear, how can this be part of you?” I also had several experiences where I was woken up in the middle of the night, sensing Paritosh at my crown chakra and Osho at the root chakra. They were pushing golden light from the base of my spine to the top of my head.

In December 1979, after four months in Pune, I became very sick with amoebic dysentery, food borne hepatitis A, and dengue fever. The physical body weakened to the point where all that could be done was to lie in bed at the hotel; there was no strength left. The state of weakness was very peaceful, with an awareness that death would soon come. There was no fear but an interest for what lay ahead.

With a calm mind, all of the events in life that seemed so important slipped away; they had no interest anymore. A realization came that the mind and body is one complete system, not separate.

Because of this weakened state, thoughts stopped. With the filter of thoughts gone, a greater level of internal awareness arose from the heart, heightening the perceptions of intuition, seeing, hearing and feeling. Even though sick with fever, pain and weakness, there was a wonderful blissful state where every breath brought something dynamic. Everything was so still. Each breath became more pleasurable and expansive.

Slowly a gentle shaking started even though the body was still. Memories came of having done this many times before, it was so familiar. Pleasant and loving feelings flooded my being. The shaking continued, I found myself looking down at this sick body, and started to laugh. Soon this body would end. The thought of letting go was pleasurable, as releasing all the entanglements of this life neared. This body was so dense, cold and heavy. It was good to let this go. My consciousness opened like a lotus flower, everything became vast beyond the size of this universe. Every part of the universe was part of me and every part of me was part of the universe. There was complete inclusion and acceptance. This was so far beyond any expectation, yet at the same time familiar, hence it wasn’t overwhelming.

Then, suddenly, the fierce grip of fear engulfed me. Suffocating, sticky, addictive, desirable, all consuming and compelling. The fear started pulling me into reincarnation, away from all the inclusion and expansive awareness. Aspects of this fear included desire, suffering and isolation. Identifying with the fear was dragging me back into an unconscious state. Watching this, Osho’s words came back to me: “If you can observe fear, then how can fear be part of you.” By observing the fear, I could see the separation between myself and the fear.

No sooner than starting to observe fear, its grip faded and disappeared. As the fear released, it was followed by despair, guilt, greed, envy and desire for another body. This too could be observed as external addictive influences. Soon all external energy stopped. The feeling of complete awareness of center returned.

My roommate was a nurse, she was with me as my body died. I watched her from a perspective outside my body, taking my pulse then dropping my wrist in despair. I could also sense her thoughts. She was stressed, not because of my death, but because she was faced with dealing with my body.

Looking at the body, what arose was the perfection of the life just lived. This life could not be described as pleasant, in fact it was filled with suffering and hardship. Yet it seemed so perfect as it was observed. Then other lives lived started to appear in a visual format. Each life appeared in a bubble, the entire life from beginning to end, in an instant, with awareness of every moment of that life as if it was just lived from birth to death. There were many lives, too many to count. Each life was perfect. Reincarnation is part of the human experience, but it is optional. Once I was aware of the addictions pulling me back to another life, then I was ready for what came next.

There was a shift and a slight movement. I did not go anywhere. Did not travel a thousand miles. It was the same place, yet different, less dense, more expansive. Everything was bathed in a golden light. There were many others around, all known to me, and me to them. My return was met with overwhelming rejoicing. I was home.

At the time I didn’t have words to describe the process, like dimensional shifts. I shifted, from the third to the fourth dimension as the life left my body, with ever expanding awareness that reached to the edge of the universe. Then shifted into the fifth dimension, where everything was illuminated, golden. Later I heard this was what the Tibetans call “The Land of The Golden Light.” Everything was absolute perfection.

A being came to me and asked me to return to the body that lay in the hotel room. My response was, “No! I don’t want to leave this wondrous place.” Then another being, or rather the persona of a man, seated at a table at a café, gestured for me to sit down. He introduced himself, “In my last life on Earth, I was known as George Gurdjieff.” I did not know the name at the time. He continued, “We need you to go back.” After my joyful reunion on this wonderful plane I was reluctant, but he asked in such a way, that I could not refuse. All communication was without words. A thought came to me, from another entity that had welcomed me back, “If you return, you will lose all memory of this encounter.” I commenced bargaining with Gurdjieff, “On one condition, that you don’t take this memory from me, that I retain all of this intact.” He could not refuse me either, and it was agreed to let me retain this death experience. Then he added, “This is the last time you will have to return, I promise.” I took great comfort in this.

As I was guided back, first into the 4th dimension, I could feel the expanded awareness shutting down. Then the re-entry into the cold, dense body. My roommate completely freaked out when I re-animated. The next thing I knew an Indian doctor was at my side, who had just walked in off the street. “I’ll take care of you now, I’m here to help you.” He brought me sugar water to get my blood pressure back, ordered some medications. He never asked for any money and I never saw him again.

I was very weak, but wanted to see Osho before I returned to the US. When I sat before him, he leaned forward and said, “You have done well,” followed by a smile.

The last day I was at the ashram, a German sannyasin came up to me and said, “Do you want to buy these three books?” The author of all of them was George Gurdjieff.

I have told this story many times to people I know, how to die consciously and return home. One of them was a doctor, a good friend. He had a deteriorating heart. I had told him a bit about my death experience. Then we were at his house having a dinner party, and he asked me, “Tell me again, how to die.” The house was full of people, but everyone left the room we were in, and I recounted the story in more detail. A few weeks later his wife called and told us he had passed. She said he was out working in the yard, laid down on the grass and died. He had a smile on his face. A week later I was asleep and heard him call my name. I sat up in bed, and there he was, all bathed in golden light, with a big grin. He was happy I could see him. Then I knew he made it home.

Prem Doug (aka Doug Flomer) was born in New York City. He came to Pune in 1979 and took sannyas from Osho, returning in 1980 and 1981. Once back in the US he met Samantha and gave her his copy of Only One Sky. They have been together for 33 years, now in the Pacific Northwest. Osho changed Doug’s life forever. Meditation has remained a way of life. Email dougflomer (at) yahoo (dot) com

Only The Present Is Existential

Bob Dylan and the Bauls