Smartphones: Are you a User or an Addict?

Some thoughts about the ‘escape from reality’, illusions and health risks provided by the use of smartphones.

The media reports on new findings about the use of smartphones every day. Besides the fact that they are a sophisticated and handy tool to use for communication, there is the dark underbelly – the addiction to it.

Walking or driving around in the city, having lunch at a restaurant, strolling along the beach, all I see are people hunched over their smartphones or iPads while their body posture – whether standing, walking, driving or sitting – is contorted with their neck bent at an unnatural angle. Also, as gadgets are getting smaller, users lean over them more, which puts neck and shock-absorbing discs that cushion the vertebrae under added pressure. This has been defined as a ‘tech neck’, also resulting in sagging jowls which is becoming a problem with a generation of younger women. Then there is the term ‘text claw’, describing a soreness and cramping in the wrists, forearms and fingers resulting from overusing the phones, and not to forget the ‘cell phone elbow’ (the new tennis elbow) with pain or numbness in the hand – especially the pinky and ring fingers; in other words, cubital tunnel syndrome, inflammation of the ulnar nerve.

People’s life force appears cut off and they are glued into a different reality, a fictional world, thriving on messages being sent hither and thither that most of the time have no real value. A friend I exchanged thoughts and he quipped, “It is the psychological development of robots; in the end they cannot look out or in, even if they want to…”

Because people are not only glued to their smartphones when walking but even while crossing roads, technicians are working on a new version of smartphones: 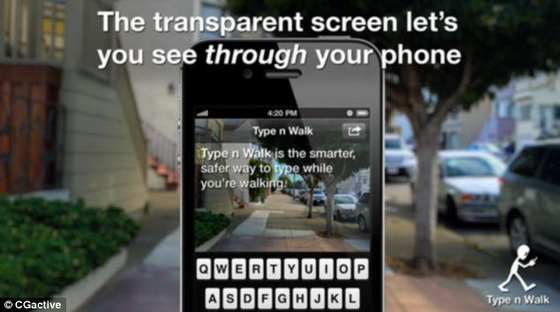 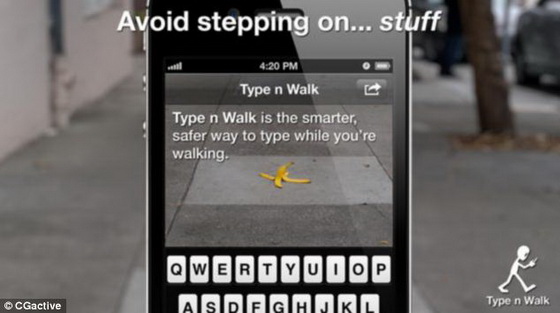 The Daily Mail reported a while back about a survey questioning more than 3,500 women over 30 about their phone habits. It was found that “nearly half of all women would rather go a month with no sex than be without their phones for the same amount of time. Some 48 per cent said their iPhone or Android was more important to them than intimacy with another person… Respondents to the survey even reported buying a waterproof case so they could check their Facebook news feed in the shower.”

They further reported that smartphone users check their devices so often that they suffer withdrawal symptoms if they don’t get their fix of social networking. Previous research has found that those who turn off their mobile phones and other electronic devices suffer effects similar to drug addicts going cold turkey within 24 hours.” 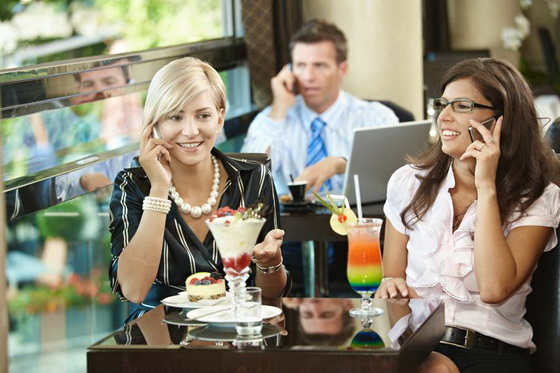 In restaurants or cafés, I often see a large number of people huddled in very close proximity to their friends, with their smartphones right next to them or even in one of their hands, reading and texting, and everybody around does the same. I am amazed they find time to eat.

I hear of people who not only sleep with their smartphones (what a choice!) but look at it upon waking up, take it into the bathroom and hold it close to their chest during breakfast. While driving to work they have it ready to look at immediately when they stop at a traffic light or – which is actually rightly prohibited – read their message and even answer (!) while on the wheel. More than half of US drivers admit to using a mobile phone at least some of the time while driving.

People taking public transport hold the smartphone in their hand like a child holds a doll or teddy bear. What breaking news must be arriving constantly on those infernal little machines that people can’t bear to be separated from them!

Widespread research has been done on the addictiveness of smartphones and it shows primarily that people get more and more distracted and at the same time hyperactive by constantly using them.

A study made last year by Nottingham Trent University, confined to 18 to 33 year-olds, found that the average person spends five hours a day on the phone and checks it up to 85 times a day. And many of them don’t even realize how often they are doing it. And switching off the phone no longer seems to be an option to most people.

Texting and using Twitter and WhatsApp and e-mails consume much of young people’s time and the smartphone has been described as their digital umbilical cord. People aged 18 to 34 apparently check their phones at least every 10 minutes or so. 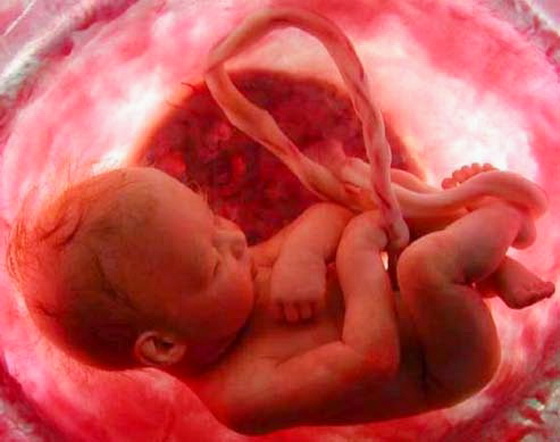 “What we figured out is that if you’re a baby in the womb and someone wakes you up every hour, you will not be a happy camper.”

The ringing, beeping and vibrations emitted by mobiles may disrupt the sleep-and-wake cycles of the foetus but nobody knows yet about the long-term effects for a child.

Another blight is the incessant use of smartphones to take photographs or, even odder, selfies and wefies. Reports of people accidentally killing themselves while taking a selfie are actually mounting.

Standing on a cliff on Lembongan island near Bali, a young Singaporean was trying to take a selfie when a high wave hit the cliff he was standing on – the man slipped and fell into the ocean. He couldn’t swim and drowned.

A Chinese tourist died from head injuries when falling from a cliff at a temple in the Tanah Lot area on Bali. She was taking selfies with a fellow tourist when they both fell 15 meters down into the sea. He survived but her injuries were too serious and she died at the scene.

A 15-year-old boy from Pathankot, India, died after he accidentally shot himself with his father’s revolver while taking a selfie with the gun pointed at his head. 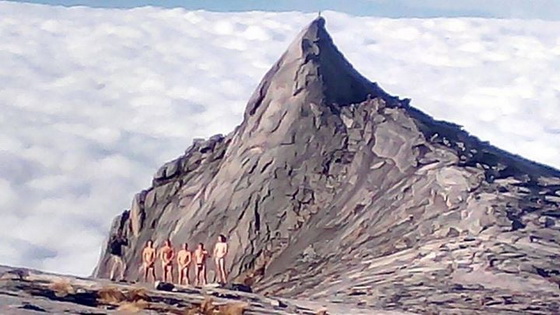 In another bizarre event, the BBC reported that a group of 10 tourists reportedly stripped off to take photographs of themselves on Malaysia’s Mount Kinabalu, considered sacred by ethnic tribes. Four Europeans have been arrested and were also accused of having brought on a 5.9 earthquake that happened a few days later.

Posing naked at Machu Picchu, the 15th-Century Inca citadel in the Peruvian Andes, has become something of a trend, with ten visitors detained last year.  Police have increased surveillance at the Incan citadel as a result.

Two sisters from Arizona were arrested and fined in February for taking pictures of their buttocks inside the Angkor Wat temple in Cambodia, and three Frenchmen were deported for similar offences.

Recently it was reported from Java, Indonesia that an endangered Sumatran elephant charged a veterinarian while she was taking photographs in an open area. She ran away but returned (!) to retrieve her dropped smartphone. The elephant caught her in its trunk and threw her to the ground; the 25-year-old died of severe injuries.

Another serious incident happened on a Jet Airways aircraft flying from Mumbai to Brussels. The plane suddenly dropped 5,000 feet over Ankara, alarming the Turkish air control authorities. Reports said the pilot was taking “a nap as per rules,” and the co-pilot said she was “busy on her tablet” and did not notice that the aircraft had lost altitude, reported The Times of India.

According to a recent British survey conducted by The Key, an information and advice service for head teachers involving 1100 senior primary school staff, it is estimated that at least 194,000 children could be ill-prepared to start school in September this year.

It appears that the parents’ immersion in smartphones has left some neglected children starting primary school unable to hold conversations. Teachers warned of children suffering from a lack of attention and interaction from parents obsessed with their smartphones. 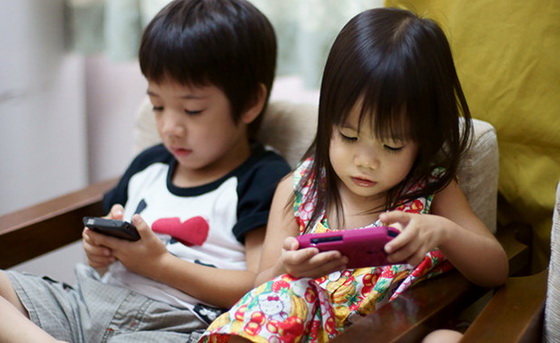 Many children lack social skills and self-help skills, have speech problems or are not toilet trained, the survey of senior primary school staff has found. One head teacher said: “There is limited parent/child interaction. Four year-olds know how to swipe a phone but haven’t a clue about conversations.” Rising numbers of children are unable to perform simple tasks such as using building blocks because of overexposure to iPads.

In addition, Dr Hayley Van Zwanenberg, of the Priory clinics, warned that children “transfixed” by social media and messaging risk growing up emotionally stunted and unable to cope properly with the real world.

Experts warn that the growth in the digital era is having a serious effect on children’s social and physical development. One expert notes that “brilliant computer skills” shown by many pupils was “outweighed by their deteriorating skills in pen and paper exams because they rely on instant support of the computer and are often unable to apply what they should have learned from their textbooks.”

There is, of course, also the not-so-small matter of radiation from cell towers reaching your body and nervous system. Just as an overview, you are exposed to 100 million times more electromagnetic radiation than your grandparents were, and part of that is radiation from cell phone towers and microwave antennas. We are being flooded with massive amounts of powerful microwave radiation. Cell phone towers emit high-frequency radio waves, or microwaves, that can travel as far as 45 miles over level terrain. The closer you are, the greater the danger.

So while you are happily texting away, getting the latest news from Facebook, sending a selfie to numerous friends so they can tell the narcissistic you how good you look, your body is basically being fried.

So what will it be – will you continue to be addicted to a small hand-held device ruling your life that eventually will result in having a withered brain, or will you wake yourself up and walk with awareness into the light? 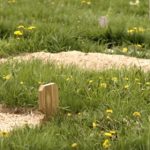 From One Second To The Next 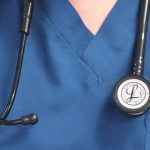 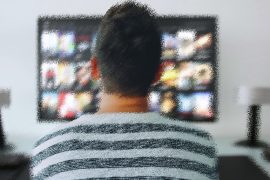 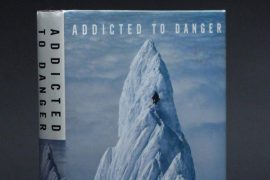