Navyo reviews a film based on a true story directed by Tom Hooper.

Deftly directed by Tom Hooper, The Danish Girl addresses the question, Who am I? at the corporeal level. The film’s stunning photography, set design and costumes provide the visual context for actors Eddie Redmayne and Alicia Vikander to tell this powerful, moving and haunting story of the search for identity.

Set in Copenhagen between the two world wars, painters Einar Wegener (Redmayne) and his wife Gerda (Vikander) enjoy a measure of success in the art world. Finishing a portrait of a ballerina, Gerda needs a model to pose for her and teases her willing husband to comply. This scene where Einar first senses the feminine within him is played with such emotional literacy that one cannot help but feel his shifting gender. It’s the first of many.

Eddie Redmayne showed how he can change before our eyes with his Oscar winning portrayal of Stephen Hawking in The Theory of Everything. He does the same here with equal ability.

Einar’s dilemma is not so much a spiritual search as a physical one. Yet the anguish of having been born a man when inside he is truly a woman, begs the spiritual question: Who am I?

Again, it is Redmayne’s talent as an actor that pulls this off. The initial confusion, the aching pull of desire, the courage to follow it, the risk of being condemned, the choices he has to make—all are laid bare with a masterly command of the subtleties of expression. He is a genius to watch.

Gerda’s relationship transforms from a loving wife to a woman who has lost her husband to his inner longing—sound familiar?—becoming a supportive companion without her own needs being met. Alicia Vikander is the perfect emotional match for Redmayne’s Einar, and the two leave us spellbound.

But it is Einar’s transformation into Lili that is a miracle to behold, his tender portrayal of this human being at odds with itself. Redmayne’s high cheekbones and slender build are perfect for this story. He’s beautiful.

Einar as Lili is even approached by a suitor, Hektor, played by another fine actor of this generation, Ben Whishaw. But Hektor is a homosexual and sees through Lili’s disguise, wanting Einar as himself. It’s Einar’s denial of Hektor’s pursuit that tells us he is a woman, not a man.

Watching Einar studying his naked body in the mirror of a stage dressing room is another moment of his transformation that makes this film so special. There is nothing cliched, nothing overt about it. It’s achingly tender and an example of intelligent and compassionate filmmaking.

The film’s final act is Einar’s bodily transformation with gender reallocation surgery. It’s deeply touching and painfully honest. When Einar describes a dream to Gerda, we know he has answered his deepest question.

The Danish Girl leaves us with an inquiry to question what we take for granted, what we consider normal and what we yearn to become. 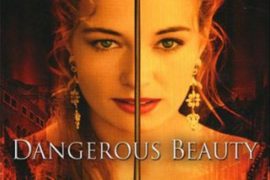