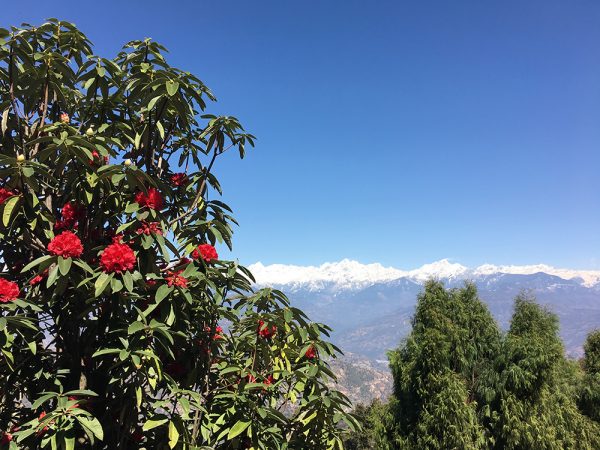 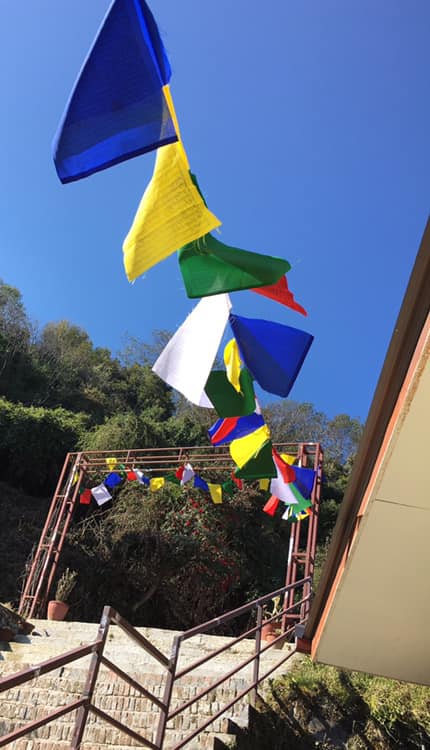 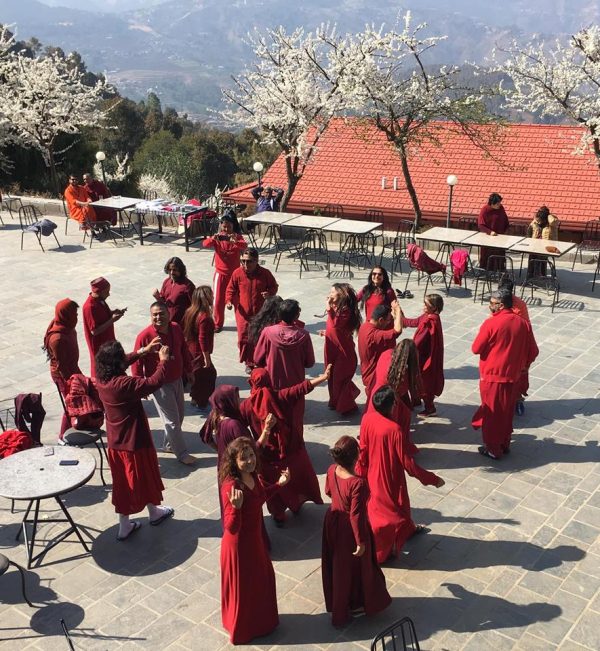 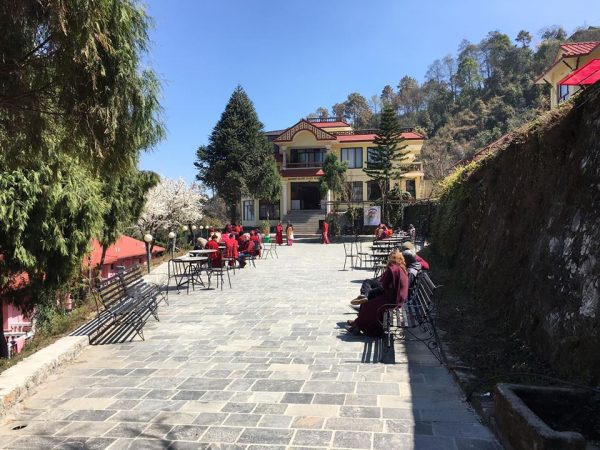 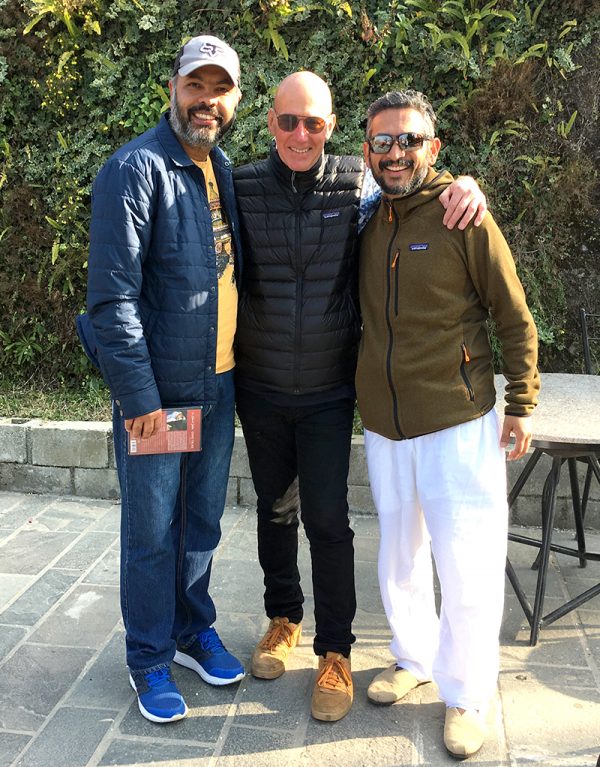 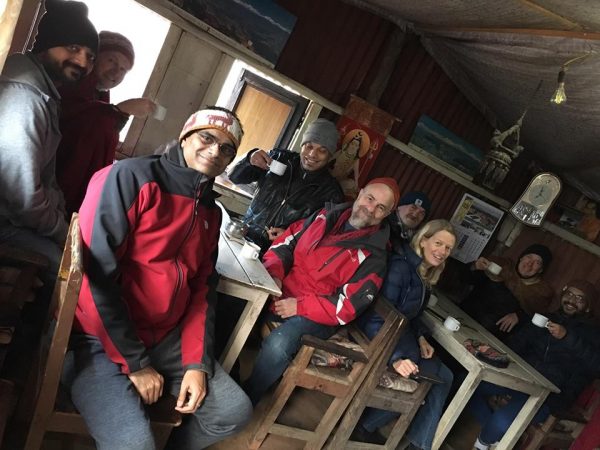 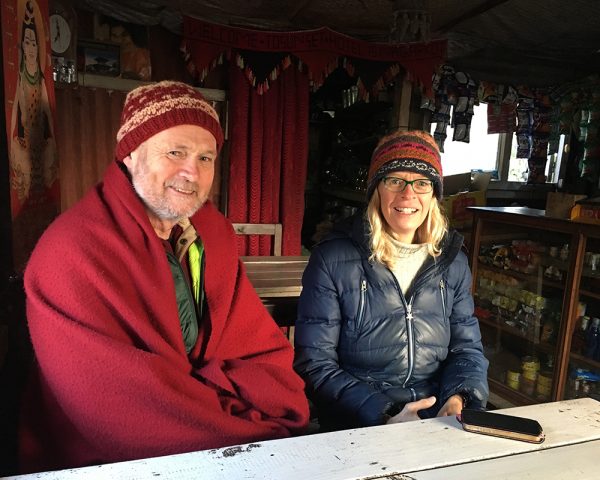 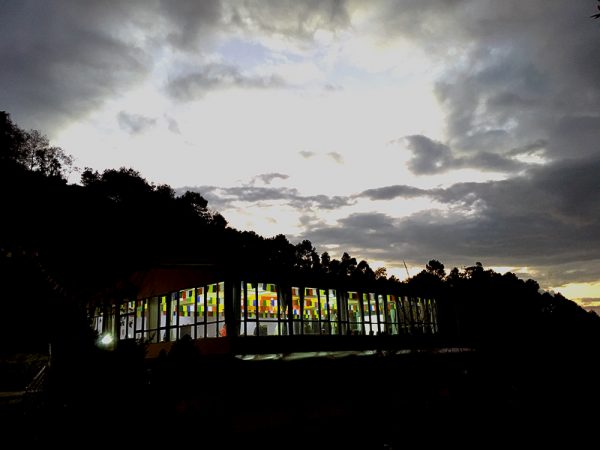 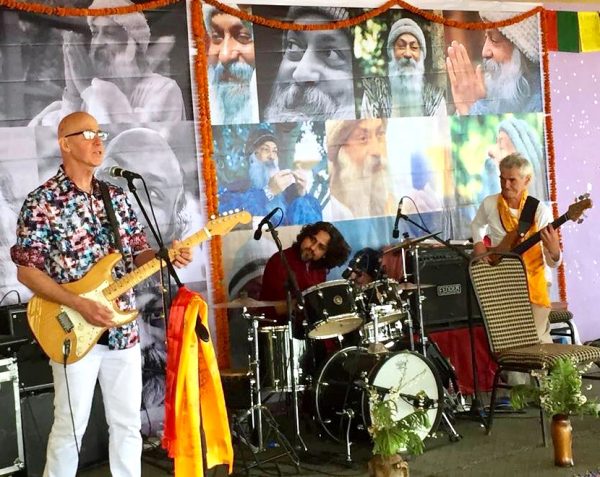 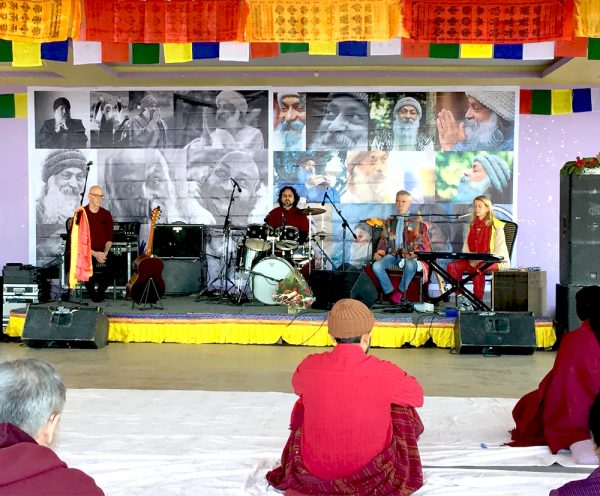 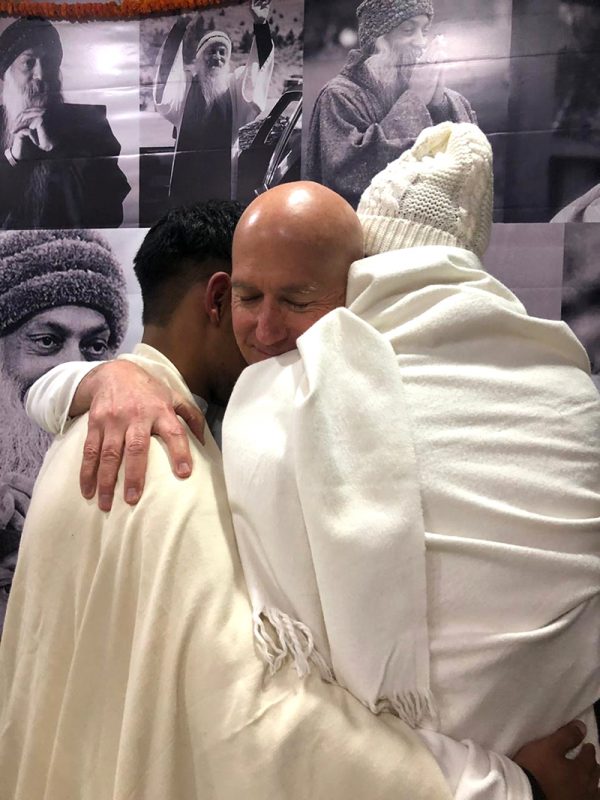 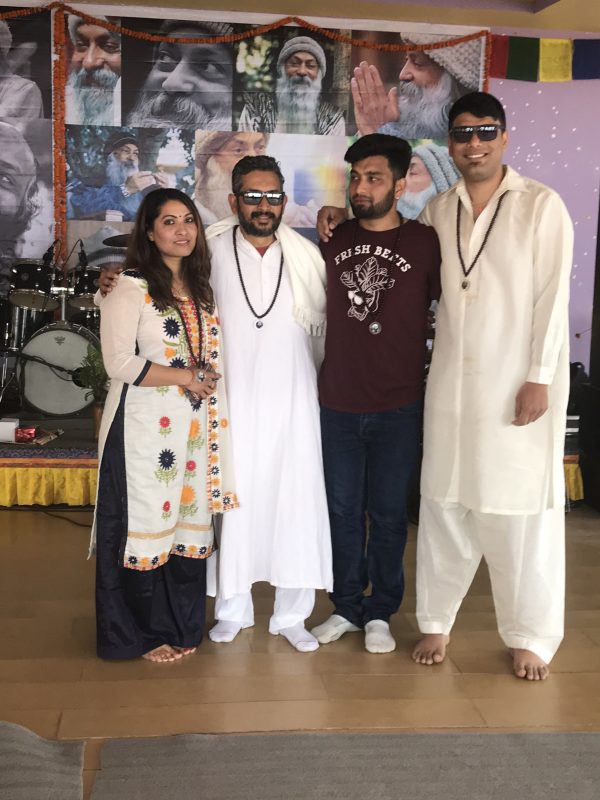 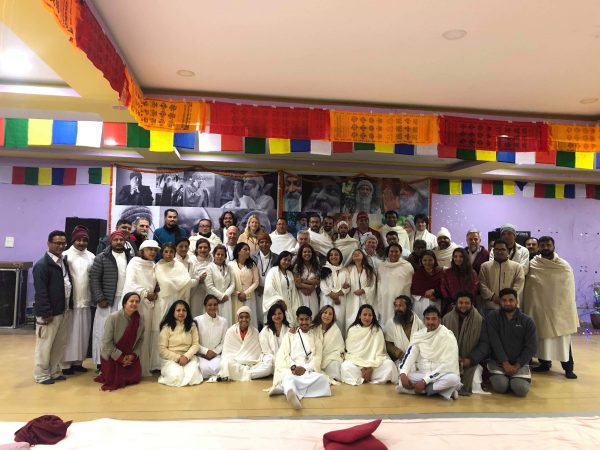 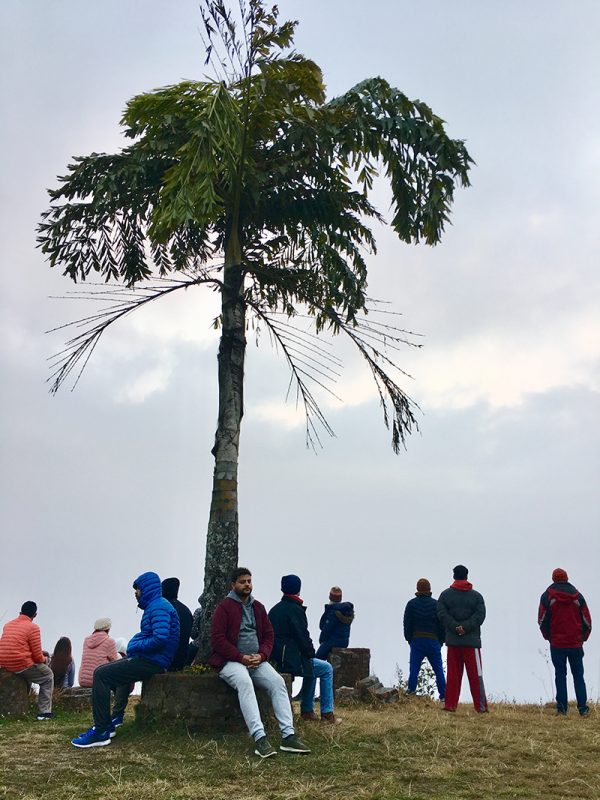 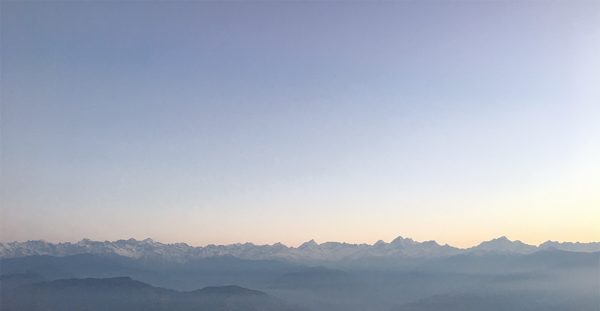 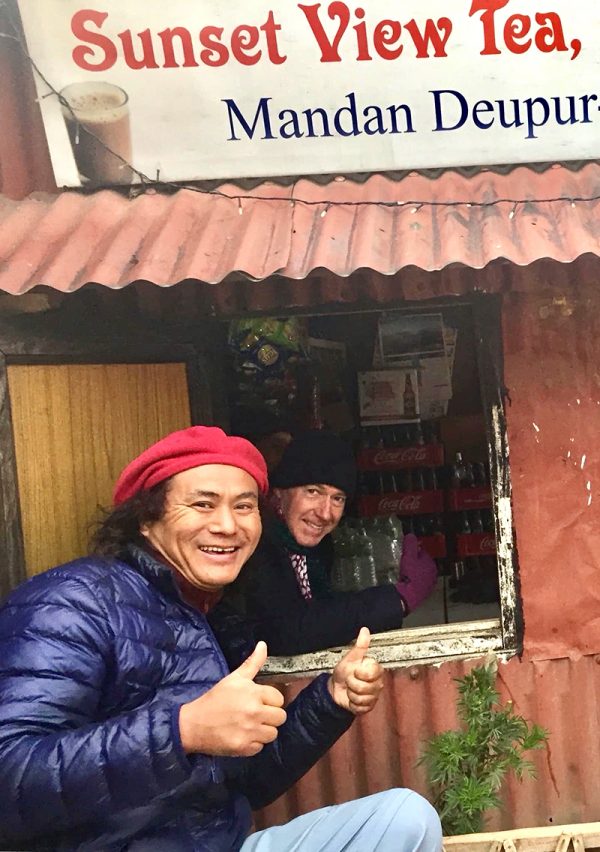 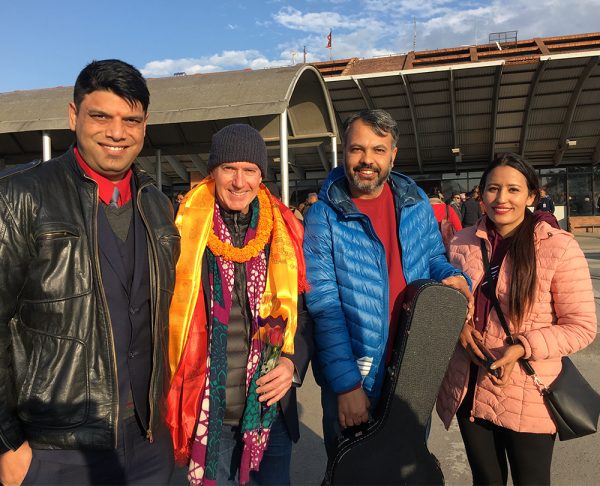 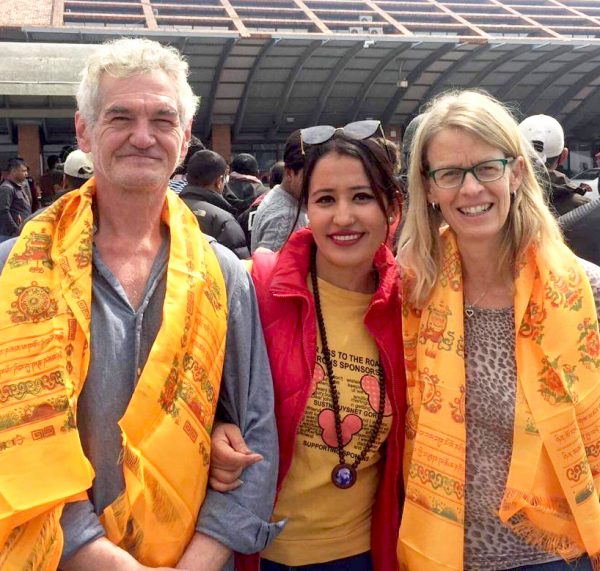 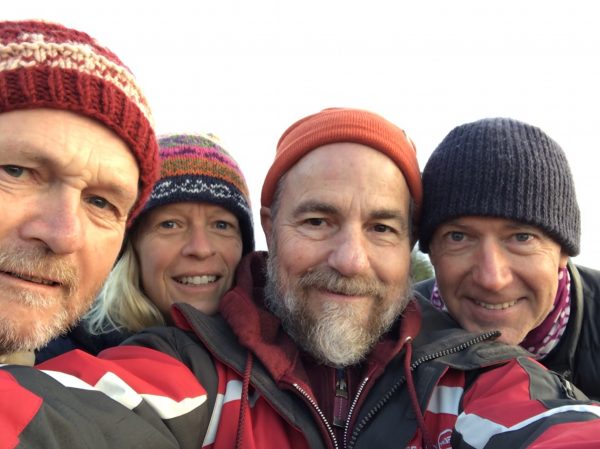 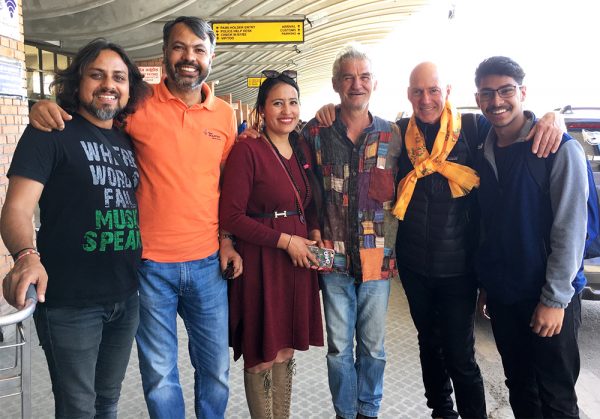 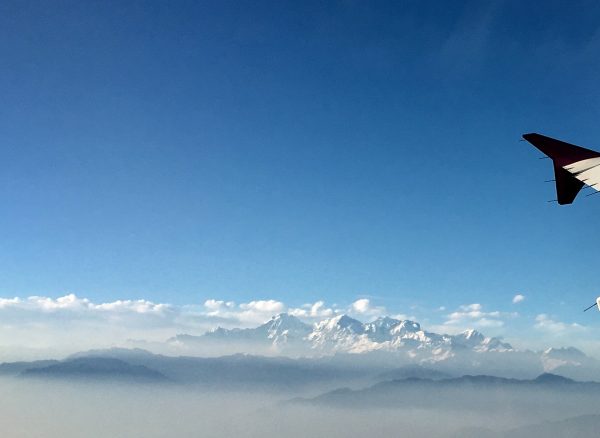 Milarepa and his One Sky Band, for several decades now, have been sharing Osho and his teachings through music all over the world. OshoFest, the international gatherings of sannyasins and Osho lovers, have been held in various cities in the USA such as Chicago, Atlanta, and San Diego, and in Mexico as well. This year, an event took place also in Nepal. The natural beauty, the meditative spirit of the culture, and the close ties to Osho’s birthplace made the Himalayas a stunning backdrop.

Amritanand, from the Osho Niranjana Center, now living in San Diego, California, was inspired to host the festival in his homeland, Nepal. When he shared his vision with Milarepa, both immediately saw the possibilities for an enlightening journey for all who would attend.

So Amritanand reached out to his family in Nepal to start making arrangements for an OshoFest. His Kathmandu-based cousins, Rajesh, Madhavendra and Ujjwal (fondly dubbed the Bista Boys), along with Sw. Dev Sundar from Kathmandu’s Osho Mystery School, began scouting for locations and facilities throughout Nepal. Kathmandu and the surrounding areas, and even Pokhara, were considered, investigated, and visited.

The final choice for location was the beautiful Hotel Hillside in the village of Naragkot, about an hour’s drive from Kathmandu International Airport. Perched high on the side of a mountain at an altitude of 2200m (7,200ft) the resort-like compound offered spectacular views of the Himalayas from almost every vantage point. Amenities included comfortable rooms and suites, a hygienic kitchen that served vegetarian meals, and a large glassed-walled building that would become our Buddha Hall.

The folks on the ground in Nepal – the Bista Boys and Dev Sundar – continued preparations, getting the word out via social media and traditional methods. Financial support began to pour in from the US, India and Nepal. Airline tickets were purchased. Musical equipment – a drum kit, amplifiers,and a mixing board – were rented and transported to the festival location. (We were told that this equipment was usually rented out for big concerts in Nepal.) Buddha Hall was decorated with hundreds of colorful prayer flags and two huge posters featuring photos of Osho. Local flowers and greenery were strung from the walls in traditional patterns.

Amritanand and I arrived from California at the festival site on March 4th. Milarepa who had arrived a few days earlier was already enjoying the bucolic environment. We were warmly greeted also by the One Sky Band members – Tarisha, from Osho Leela in the UK, who would provide keyboard and vocals; along with bass player, Prem Prabodh from Germany. We also met Sudas from the Osho Risk Center in Denmark, and Swami Asangato from India.

This was truly going to be an international affair. More and more sannyasins began to arrive as the day went on. Vatayan, the drummer had finally arrived safely from Pune – very late in the evening. His delay was caused by the present India/Pakistan conflict that was affecting flights out of India. Soundchecks were performed, the Buddha Hall was all decked out, and the festival was set to go with the air full of positive energy.

Early next morning before the festival started, Milarepa invited us to join him for what would become our daily morning meditation. Named by Milarepa as the ‘Sunrise Zen Walk’ we made a silent climb up a 320+step brick staircase built into the side of the mountain that the resort was perched on.

An additional half-mile walk up a steep dirt road brought us to the mountaintop. This location provided a stunningly beautiful view of the Himalayas and the vast valley below. Silently, we watched a natural light show as the sun slowly rose over the snow-capped peaks, changing them from blue to pink, one by one, as the rays grew brighter and brighter.

Three bells, provided by Milarepa’s mobile, signaled the end of the meditation and time for a cup of tea. The Sunset View Tea & Coffee Shop – a tiny, tin-covered, dirt-floored shack with seating for a maximum of eight – was the next destination. Milk tea, prepared over an open fire, was served as we chatted and enjoyed the unique atmosphere.

Only a small group made the trek that first day. But by the end of the festival fifteen to twenty people were making their way to the mountaintop. Hopefully, the beautiful hostess at the Sunset View made a nice profit during our visits.

The festival began daily with Dynamic Mediation, followed by Morning Satsang, and ended every evening with Kundalini and White Robe Celebration. Milarepa announced a theme for each day, like Let Go, Totality, I Celebrate Myself, and Be The Light.

The other sessions throughout the festival changed daily and included: Nataraj, No Dimensions, Circle of Love, a taster of Mystic Rose, and other meditations, many with live music. Approximately one hundred people attended the five-day festival, and the hotel kitchen kept everyone full and satisfied with three delicious, vegetarian meals.

The festival ended with a beautiful Sannyas Celebration. Eight participants took the leap, including Rajesh, his newly-wed wife Sumi, Madhavendra, and Rajiv who had been the technical support man for amps and mixing board. Rajiv had participated in the meditations and fell in love with Osho. He became Swami Anand Tilopa.

The festival ended much too soon. Many of us were not ready for it to be over. Participants exchanged contact information and hugs and slowly began to make their way back down the mountain toward Kathmandu and beyond. The festival was a complete success, thanks to Milarepa, Tarisha, Prabodh and Vatayan. The band was tight. Old familiar songs from Pune, the Ranch, along with new songs never heard before – intensified the meditations.

I can’t say enough about the effort put out by the local sannyasins. Rajesh (now Prem Akash), the Bista Boys and Dev Sundar, all did an amazing job pulling off this incredible, one-of-a kind international event. They lovingly gave of themselves one hundred percent and are truly the ones that made this festival happen!

They are already busy planning OshoFest Nepal 2020 – so get your passports in order. An event you do not want to miss. 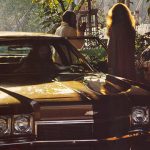 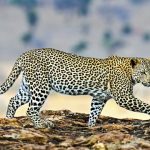 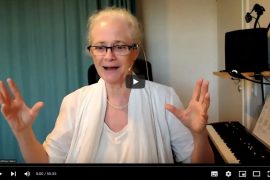 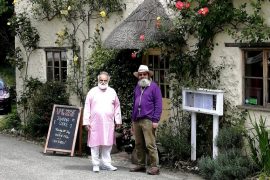 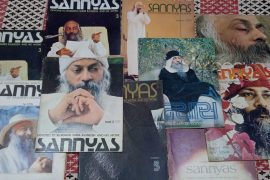