What Happens To Our Body at the End of Life

Detailed description how the physical body shuts down and dies

We’ve had many friends passing on these last few months. Most of us who were with Osho in Mumbai and Pune 1 days are now between 60 and 80 years old – many healthy with a vigorous outlook, enjoying life as much as possible yet coming to terms with the fact that the ultimate step of this particular incarnation can happen any moment. Others have physical afflictions and some others terminal dis-eases. Death is always present. As we look into nature, we see constant birth and death. As we look into our own bodies, cells are being made and die off, and made again – albeit the frequency of the production of cells slows down as the years pass. We know all that.

The question arises about what happens in detail to the physical body in the dying stages. It is not that suddenly a switch is being turned off and darkness descends; rather there is an intrinsic process the body experiences. We are showing here a detailed description published by the Horizon Research Foundation in the UK, which made me think of Socrates who consciously described what was happening to his dying body after he was forced to drink that hemlock brew.

Osho always emphasizes the importance to take that last step fully aware and conscious, and this appears to us at Osho News an appropriate time to publish more articles and contributions by our readers on death and dying.

Here is the article verbatim:

The instinct to stay alive is universal. This is in fact one of the most elementary instincts that most if not all creatures have. At the early stages of the dying process, this process is potentially reversible. This is why doctors attempt ‘resuscitation’ of patients after they have a cardiac arrest. During a cardiac arrest a patient essentially reaches all of the criteria of death, which is defined as an absence of heart beat, an absence of breathing and an absence of brain function, but before death becomes completely irreversible, there are certain biological responses that take place in the body, through which the body attempts to maintain its survival.

As soon as the heart stops beating, there is a sudden drop in blood pressure to immeasurable levels that are incompatible with life. As there is therefore no circulation and also no breathing oxygen levels in the body rapidly drop, such that the first thing that happens to all of the organs in the body is that they no longer receive oxygenated blood that is essential for keeping them alive by helping them generate energy.

For the brain, the effect of the heart stopping and hence stopping the flow of blood is utterly catastrophic. The brain cells are completely dependent on the flow of oxygen and nutrients via the blood stream for their survival and when this stops they start to suffer almost immediately. The first thing that happens is that in response to a severe lack of oxygen, the brain cells quickly use up some stored energy sources to help keep them alive, however due to a very high need for energy these stores are used up very quickly and then the cells start to suffer due to a lack of oxygen and glucose, which is their main form of nutrition.

Unlike humans who in a disaster may still live for days without food, brain cells need food almost straight away. After they have finished using up the high energy stores, called adenosine triphosphate (ATP) (these stores depend on a continuous flow of blood and hence oxygen and reach zero within about 4 minutes of a lack of blood flow), they release a particular chemical transmitter called ‘glutamate’ that normally has the function of stimulating other brain cells. There is therefore a mass release of this chemical across the brain, which activates all other cells. The cells become ‘excited’, and in fact over ‘excited’ such that there is a lot of movement of calcium, sodium and water from outside the cells, inside. This causes the cells to swell up excessively. It also causes the membrane that holds the structure of the cells together around the cell to become damaged. At the same time, the membrane holding the cells together also becomes damaged through another mechanism, as the lack of oxygen causes it to be broken down into tiny fat molecules.

The body has special internal blood pressure receptors, and as soon as it recognizes that there is a loss of blood pressure and blood flow it tries to raise the blood pressure and blood flow to the brain by releasing several hormones into the bloodstream. These are the same hormones that are released during a critical illness, but as cardiac arrest is the most critical of all illnesses, the levels of these hormones are correspondingly much higher at that time. A cardiac arrest is in fact associated with the highest epinephrine levels ever recorded – 1,000 times higher than the amounts normally found in the bloodstream. As well as epinephrine, the hormones released include norepinephrine and vasopressin. In addition to these hormones, many other hormones are also released, such as prolactin, endorphins, the body’s own morphine-like substance, and ß-lipotropin, all of which have the function of ameliorating the adverse effects of a lack of blood pressure.

However, despite all these efforts, the brain cells gradually become irreversibly damaged and eventually die. Research by doctors has shown that brain cells start to become damaged within minutes of a loss of blood flow and that if normal blood flow is not restored within about 15-20 minutes brain cell loss becomes quite extensive.

So, when the heart stops, breathing stops and within a few seconds brain cells become damaged, stop functioning together and eventually die, unless doctors start to interfere with this process and attempt to restart the heart. 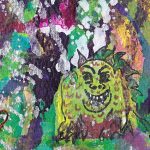 Only do what you love to do

Is it possible for a man who is still not enlightened, to encounter death consciously?