Osho speaks about getting his Oregon driving license and being stopped by the police while driving on the county road in Oregon.

Q: I have one final question. It’s a little frivolous…. In order to go on driving, I know you had to get an Oregon driver’s license. Can you describe for me what that was like, to take the examination with the Oregon tester, or the man who goes with you and gives you the driving test? I mean, what he was like when he was giving you the test?

What kind of intelligence is ruling the world?

I was moving as fast as the car could go, and when I was stopped by the police, the cops, they said, “You are going beyond the speed limit.”

They said, “We are not concerned with your speedometer. Don’t you see the sign boards?”

I said, “When I am driving I look ahead! And when a person is moving at one hundred and forty miles per hour, do you want him to look sideways?”

They said, “You are a strange person.”

I said, “Ask your government that all factories should create cars which go only fifty-five miles per hour. There will be no question of so many cops on the road. I listen to my engine, not to your signs!”

They talked with each other, “What should we do?” They gave me a ticket, that I had to be present in court.

I said, “It is better I don’t appear in the court; otherwise your judges will be embarrassed just as you are embarrassed. So my attorney will deal with it. It is not much of a matter – fifty dollars.”

And exactly fifty dollars I was fined.

I said, “That does not matter. Once in a while you can catch me. And why bother the court? – I can give you fifty dollars on the spot. But my speed will remain according to my speedometer!”

Then I made arrangements for one car ahead of me, one car behind me. And I had made arrangements … There are mechanical devices which give you a signal when the cops are around. I continued to move at my speed!

Only in Salt Lake City you can move freely … or in Germany. Adolf Hitler will be remembered in history for making the greatest road, for the first time, on which you can drive at any speed you want.

Rather than increasing the roads, making better roads, you prevent people from speeding. And unless the car moves beyond one hundred, you don’t have the feeling of a great ecstasy: you are almost flying!

Osho, Christianity: The Deadliest Poison and Zen: The Antidote to All Poisons, Ch 2 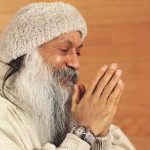 Nobody Can Make a Dogma Out of Me 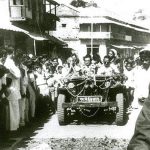 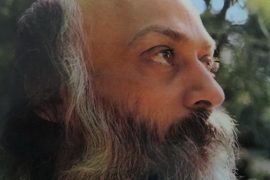 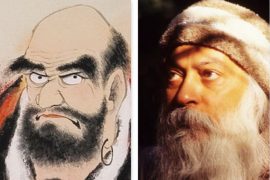