The latest Hollywood blockbuster, Gravity, is all about a nail-biting outer space adventure, right? No, it’s actually all about a spiritual journey into inner space. A veteran spaceman played by George Clooney on his last trip mentors a medical engineer played by Sandra Bullock on her maiden voyage 80 kilometers above Earth. It’s all smooth going as the two share experiences and joke until all hell breaks loose when debris from a Russian satellite comes hurtling towards them in 3D.

Now it’s a battle for survival. Like a guru, Clooney guides her with wisdom and humour and even sacrifices his life so she can live. Now she is all alone in pin drop silence of space, like the experience in meditation by those who know. Sandra now uses all her energies – physical, mental, emotional and spiritual – to stay alive against all odds. She calls out to her daughter, asking her to pray for her soul. It is a desperate appeal. Actually, she is beseeching God without naming God.

When she is about to die, like a good guru Clooney re-appears urging her not to give up. From now on the movie is about re-birth. The most evocative scene is inside another broken down spacecraft when she sheds her heavy helmet, wriggles out of her spacesuit and strips down to her T-shirt and shorts. Now she circles in a fetal position with an umbilical cord floating behind her. This is such a graceful ballet! It appears as if she is going through the ‘Born Again’ group experience. Now she re-connects to her inner nutritional side. It is a re-discovery of her inner self and she is now on her odyssey of alone to the alone.

The movie has vast vistas of space that show Earth as a speck at times to bring home the unlimited universe beyond all of us and inside all of us. These spectacular scenes fill the viewer with awe at the magnificence and the grandeur of existence that you can glimpse only in deep meditation.

The ending drives home the re-birth message when she lands in murky, deep sea, swims with huge marine creatures and bobs up on the surface to breathe air that is life. As she nears the beach, she crawls on all fours and then stands up erect but unsteadily to walk shakily. These few seconds bring out the entire meaning of evolution of human life and are topped by her first words.

The movie’s Mexican director, Alfonso Cuarón, said, “Adversities and the possibility of rebirth. And rebirth also metaphorical in the sense of gaining a new knowledge of ourselves. We have a character that is drifting metaphorical and literally, drifting towards the void. A victim of their own inertia. Getting farther and farther away from Earth where life and human connections are. And probably she was like that when she was on planet Earth, before leaving for the mission. It’s a character who lives in her own bubble. And she has to shred that skin to start learning at the end. This is a character who we stick in the ground, again, and learns how to walk.”

Gravity is a tale of transformation and transcendence. A logical scientific mind is blended and reborn with spirituality – just like Osho says, Zorba the Buddha. 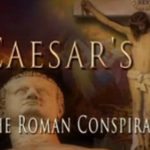 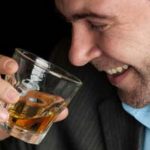 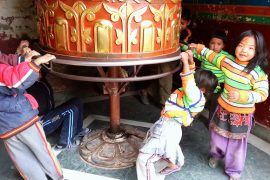 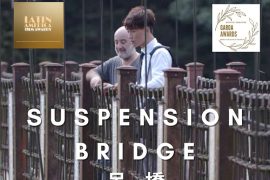 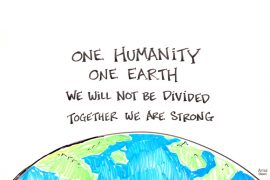