Surendra explores the Japanese countryside for abandoned buildings and sees that death really is at the heart of life. 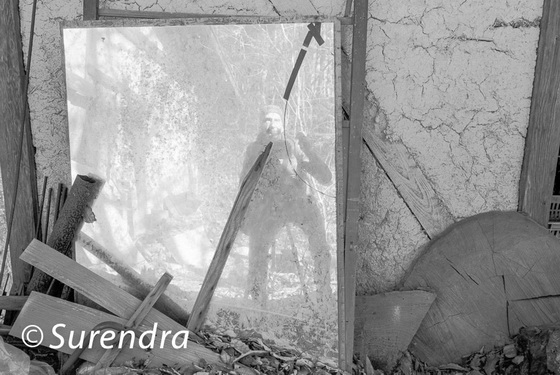 Staying in one of the many German, Osho communes in the eighties, an old farmhouse that was being restored, I was shown a damaged wall in the attic. A few days before, a nail had accidentally gone through a hidden water pipe. When water gushed through the plaster, the handyman, who also happened to be a photographer, had rushed off. Much to the dismay of the centre coordinator, instead of coming back with a plumbing kit, he had brought his camera to shoot this remarkable fountain. Most photographers look for the extraordinary, either in the event, context or subject itself or, the unusual way in which the camera can be coaxed to portray it.

In some ways, death is the most extraordinary of all phenomena. One of my uncles had a dictionary with a few, full-page, colour illustrations. When I was about seven, I loved to look at the shiny pages. I remember the colourful flags of the world and another page of beautifully drawn botanical illustrations with green leaves and red berries. The page I was drawn to the most, though, with a kind of horrified fascination, was a picture of a skeleton. It was standing on top of its own grave with an elbow nonchalantly leaning on the gravestone. Hollow, black eyes stared out at the viewer. I told my parents about my attraction and fear. “Don’t look at it, then: it will give you bad dreams,” they pronounced. It probably did give me nightmares but I could not resist going back many times for another peek. Many years later in a playful mood, I asked Osho whether I was coming or going.

“If even for a single moment you are at the centre, you will see that coming and going are happening simultaneously, that life and death are meeting each moment.

“To know this is of tremendous importance. That means it will change your whole perspective – you will not think of death as somewhere far away in the future. And you will not be afraid of it because it is happening every moment.”

Death really is at the heart of life and the decay all around us in the material world is a reminder. Yet, in the West, at least, our society trains us to ignore the signs. Artists sometimes do the opposite and look for beauty in degeneration. There is a dedicated genre of photographic art known as urbex in the West and haikyo in Japan. It explores abandoned and deteriorating buildings and many of us get tempted in this direction. After arriving in Japan a couple of years ago, I had my eye on two local specimens. One was an old, collapsing house with a tree growing right through the middle of the roof. Another was a fairly modern, burned-out hotel. It was only a shell. The white concrete, exterior walls and staircases were all that remained. Most surfaces were stained with wonderful, haphazard patterns from the blackening fire. 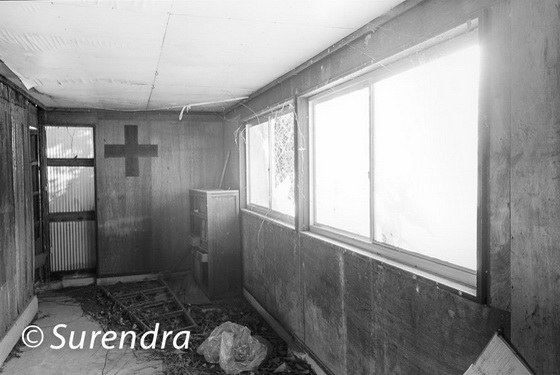 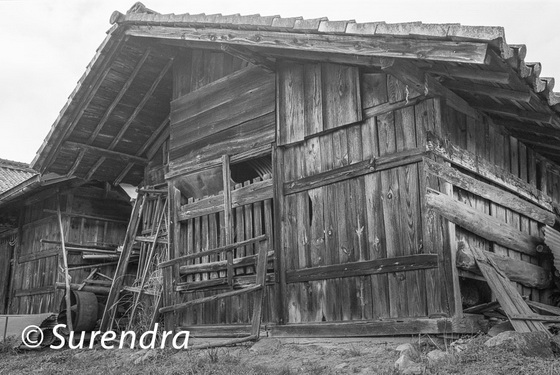 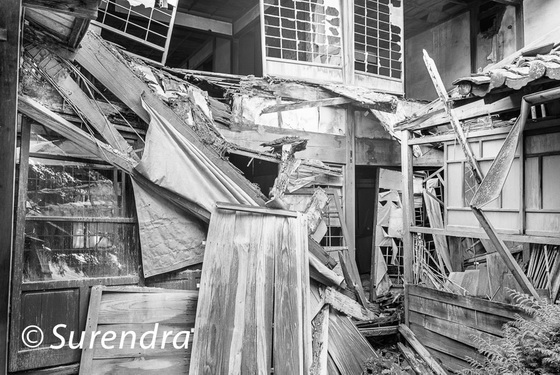 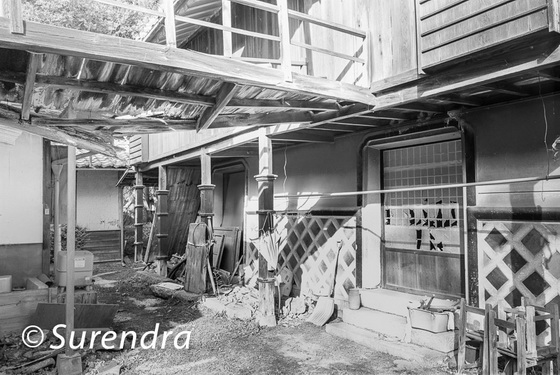 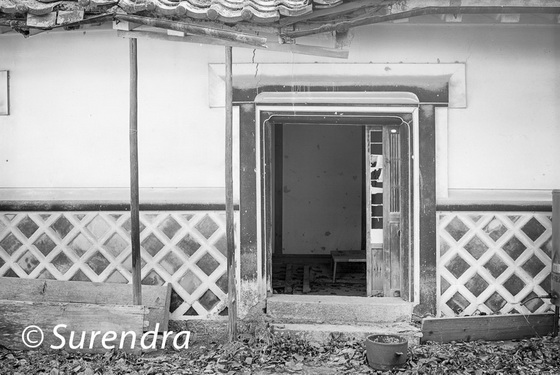 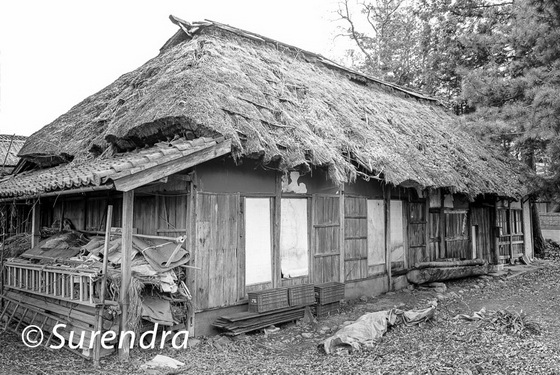 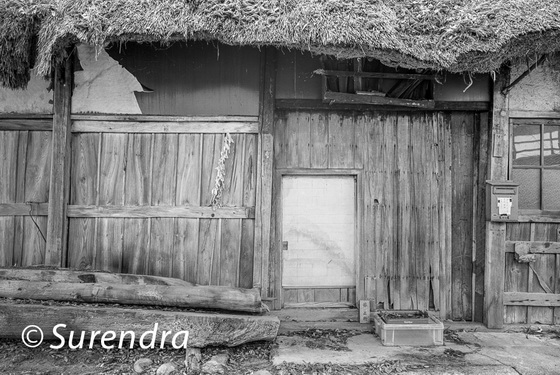 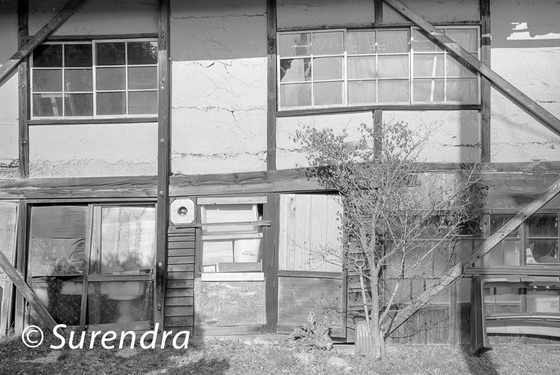 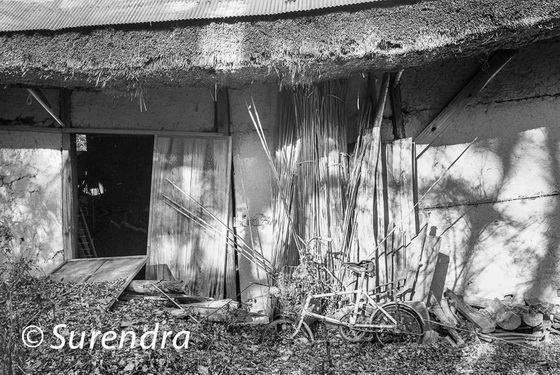 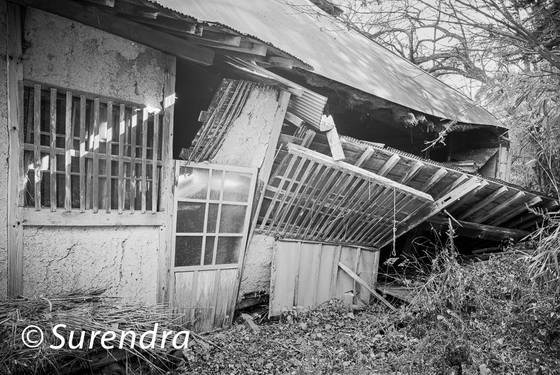 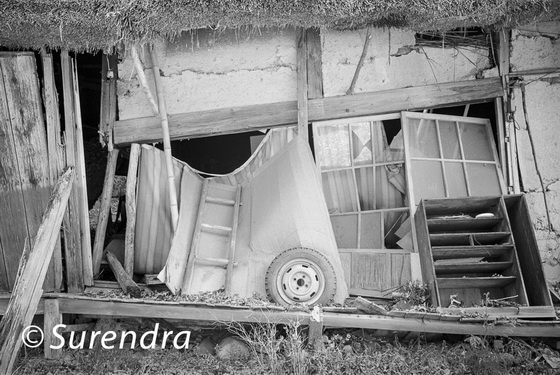 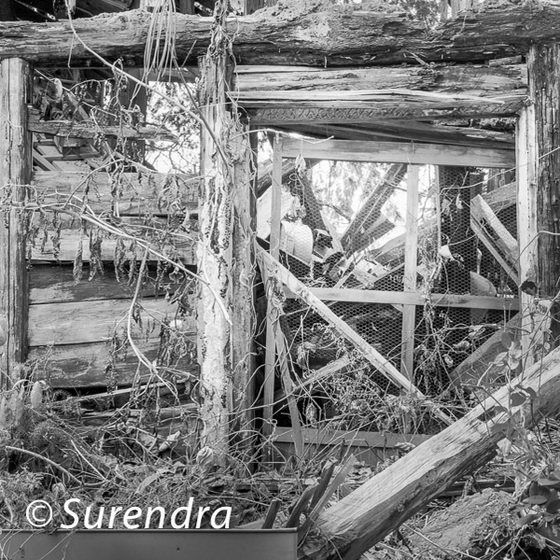 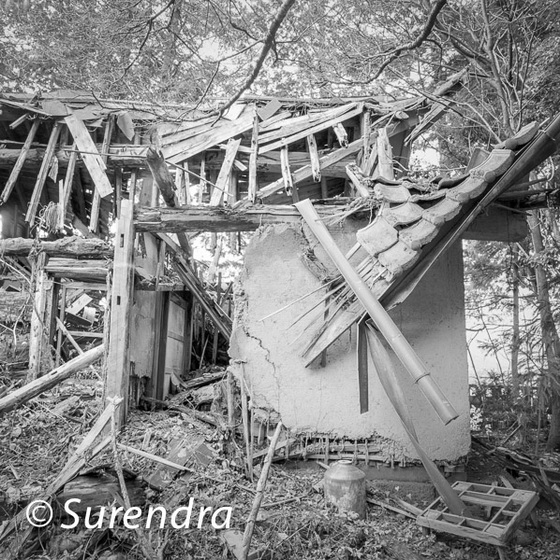 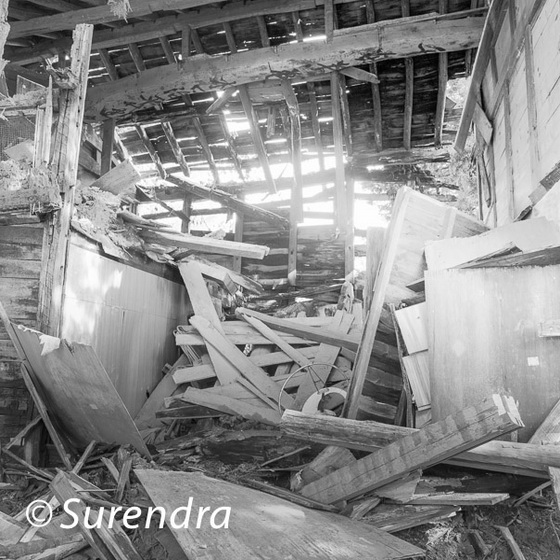 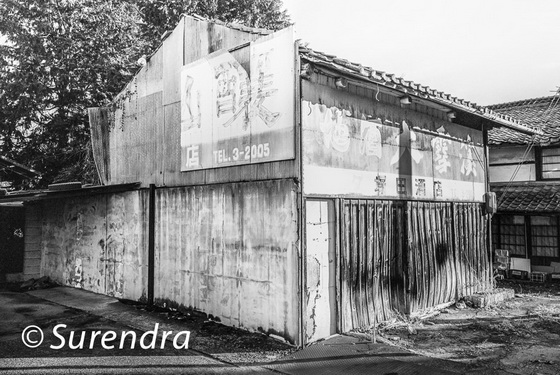 These two photographic projects were on my back-burner for over a year as I renovated our home, set up my new light room and dabbled with other subjects. Camera in hand, I eventually got to the house in time to see the demolition trucks doing their last runs. Just an empty, level site remained. There was no sign of either the house or the tree, not even a trace of the roots. As for the burned hotel, that was a bit further away. Although I tried hard, I could not find it. Maybe I had the wrong road? After scouring the area, I came back home disappointed and Amrapali thought that my original location was the right one. Later, another, local photographer told us that the remnants of the hotel had recently been torn down. He knew all about it as he was also interested in this place and his friend even wanted to use it as a venue for an exhibition of paintings. These two photographic possibilities that got away created a sense of urgency about decaying buildings in me. If I wanted to do it, I had better move fast. So, last winter, whenever the light was good, I was out with my camera eager to capture the local ruins before they disappeared. This series is the result.

There is another, clear reverberation from my childhood in this project. Growing up in the East End of London just after the war meant that the streets were my playground. Dotted around were bomb sites that had been cleared up a bit and left. These were the hang-out places for us kids and the closest ones we claimed as our territory. I remember being intrigued by the exposed walls. Sometimes three storeys, they gave a cross section of different peeling, floral wallpaper, coloured plaster and remnants of glossy woodwork. There were imprints of long-gone, sooted fireplaces and cupboards that had once been anchored to the blitzed buildings. The best wall was not on our patch but a bit further away, in a posher area. A bit of flooring remained high up on the second storey and this precariously supported a full-sized, white bathtub floating in mid-air. It probably did not take much stretching of my imagination to visualise one of my comic characters regularly scaling the wall and scrubbing his back in that tub.

In this collection of pictures of local Japanese architecture, entitled Buildings in Decline, I did not capture any floating bathtubs – either with or without Spiderman in them. What I did find were factories, houses and sheds in varying states of decay. Some but not all, had been abandoned and I was reminded by Amrapali to be on the lookout for inhabitants, in the midst of dilapidation. Once I was sure I was in an empty zone as I was setting up to shoot a pile of overgrown, collapsed rubble and timber. Suddenly, a vehicle pulled into the driveway only a few metres away. Shocked and a bit embarrassed, I was tempted to run and hide but went over and shakily asked for permission from the woman in a plum-coloured kimono stepping out of a car. Her response was surprisingly friendly. She nodded and smiled, advising me to be cautious moving around the precarious structure. There was another house further back on this property and, although it was in poor shape, it was still standing and people must have been living there, probably expecting this visitor for Sunday lunch. Approaching every owner of each property photographed with or without the help of Amrapali was not possible. Whenever I did, the response was always surprisingly helpful and courteous. Well, this is Japan, after all.

The buildings photographed are no longer as the architect, owner or builder intended. They have been transformed by the forces of nature into something else. You could see it as a kind of rebellion. These buildings have broken out of their confinement and done their own thing. It is a wonderful reminder for me that nothing and no-one is in control. What a relief! To paraphrase a famous quotation: man proposes, existence disposes. All matter is in a state of transition. Everything eventually dissolves in a natural recycling process. This includes our bodily forms and, as we get older, this becomes more obvious. Yet something in and all around us is watching the process from an open and unchanging position, unaffected, never going anywhere.

Text and photos by Surendra 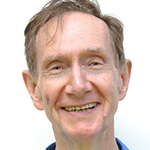 A former Reichian therapist, British Surendra took sannyas in 1976. He lived in Osho’s communes in India, USA, UK and Japan from the early 1980s on. In Pune 2 he looked after the painting work in Lao Tzu House, and then worked in Osho Publications. From 1991–1997 he taught at Ko Hsuan in Devon, UK, and after a sojourn again in 2001 he also became a passionate photographer. In 2013 he relocated to the Japanese Alps with his partner, Amrapali. All articles by this author on Osho News. surendraphoto.com 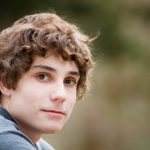 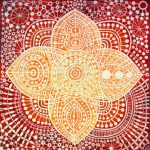 Inspired by the beauty of nature 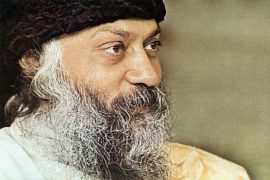 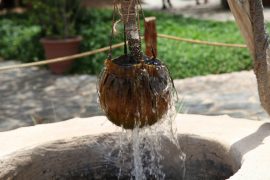