Every religion has its own keys

Osho explains that each pilgrimage has its own key – no wrong person should reach the authentic place, but the right person will always find it. From ‘Hidden Mysteries’, Ch 2, Part 4 of 9. 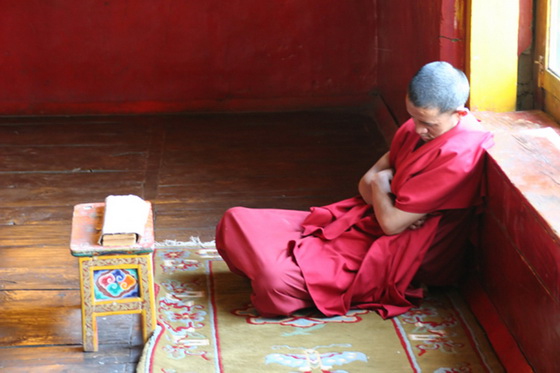 A Buddhist bhikkhu was sent to me by someone from Sri Lanka. For three years this bhikkhu had not been able to sleep properly. The whole time his hands and feet were trembling, he was continuously perspiring and he was very disturbed. He was afraid to even take one step – he had lost all confidence in himself. He was almost deranged. Strong tranquillizers couldn’t help him sleep, but only lie down, listless; inwardly he was still awake.

I asked him if he had ever practised Buddha’s anapansati yoga, because for a Buddhist bhikkhu this practice is unavoidable. He said he was. So I told him that he should give up the idea of getting any sleep, because anapansati yoga is a practice which makes sleep impossible. But it is only the initial step in a practice; once it is impossible to sleep, there is another practice that must immediately be given. If you continue to do only the first part without this second step, you will become weak; you even may become mad and die.

Once sleep is destroyed from within, the quality of your consciousness changes so much that then further progress can be made. When I asked the bhikkhu if he knew the second phase of that practice he said no one had told him about it. The second part is not mentioned in any book, and writing about only the first part is dangerous because anyone who follows it will be unable to sleep. This was the reason why things were kept hidden, so that they should not harm anyone. They were meant to guide those who need help in their spiritual search.

This is why places of pilgrimages are necessary, but the real ones are kept hidden. The false places are created to keep you off the track until such a time when you are ready for the real. No wrong person should reach the authentic place, but the right person will always find it.

The Tibetans have special mystical diagrams or yantras. These are keys. Hindus also have such instruments, thousands of them. In their houses, they write words like ‘Labha-Shubha’ – ‘Prosperity and Goodness’ – and they write some numbers underneath, without knowing why they are doing it. In their house there may be some such yantra, which can be the key to a place of pilgrimage. They have no idea what they have written, but they go on doing it only because their forefathers were doing it.

Every outwardly created figure creates a figure within your consciousness. For example, if you keep staring at your window for a few minutes and then close your eyes, you will see a negative impression of the window frame. Similarly, if you meditatively concentrate on some instrument, you will create within your mind a negative impression of its particular figure or its digits. These can be seen within after some special meditation practices. If you can invoke these images, then at such moments you can immediately begin your pilgrimage into the spiritual.

There is a story in the life of Mulla Nasruddin…. He lost his donkey – and that donkey was his only wealth. He searched for him through the whole village. All the villagers joined in the search, but without success. Then the people said that as it was a holy month, and many pilgrims were passing through the town, perhaps the donkey had followed them. Otherwise, they had all searched the town and hadn’t been able to find him, so Nasruddin should accept that he was lost.

But Nasruddin said he would make one last attempt to find him. He immediately stood still and closed his eyes. Then he bent down and started walking on all fours. He walked around the house and then the garden, and finally he reached a large pit into which his donkey had fallen. His friends were surprised and asked him what his trick was.

Nasruddin said, “I thought that if a man cannot find a donkey, then the key to finding it is not with him; to find the donkey I have to become like a donkey. So when I began to feel like a donkey, I thought if I was a donkey looking for a donkey where would I look? As soon as I thought that way, I went down on my hands and knees and started walking like a donkey. I do not know how I found the place, but when I opened my eyes, I saw I had reached the pit, and there was my donkey!”

Nasruddin is a Sufi saint. Anyone can read this story and laugh it off as a joke, but there is a key in it. It is a key to searching, and in a spiritual sense, this is the only way to search. So every place of pilgrimage has keys and yantras. The main reason for the existence of such places is that they put you in the middle of a charged current, which you can flow with.

Previous parts
1. There are hidden meanings not visible from the outside
2. The whole purpose of the places of pilgrimage
3. All religions have developed their own code languages

I am against the dead ruling the living