Shaida (aka Catherine Auman) on what these experiences mean and how they can be integrated into our day-to-day lives.

You’ve hiked to the top of the hill, and the vista spread out before you is breathtaking. Full of endorphins, you’re overcome with a speechless appreciation of beauty. You suddenly know without a doubt that all is right with the world and your place in it, and you’re in touch with a magnificence way beyond your finite self. The moment changes you forever. Some people call this an experience of God; transpersonal psychologists call it a Peak Experience.

According to research conducted by Robert Wuthnow in the 1970s, 84% of the 1,000 people interviewed responded affirmatively to the questions: “have you ever had the feeling that you were in close contact with something holy or sacred?” or “have you experienced the beauty of nature in a deeply moving way?” or “have you had the feeling that you were in harmony with the universe?” We can thus assume that most people we meet are familiar with an intense, emotional experience that put them in touch with something greater than themselves, was hard to put into words, and has had a profound effect on their life.

Peak experiences can come from a deep experience of nature as above, or through drugs, sex, meditation, or even when we are turned on by learning, as Gad Yair from Hebrew University found out in research in 2009, in “singular, short and intense educational encounters that proved to have strong and long-lasting results.”

Earlier cultures understood the transformative possibilities of peak experiences and developed technologies to produce them: ecstatic practices such as drumming, dance, prayer, singing, ritual, drugs, Sufi whirling. Many of these techniques were introduced into mainstream Western culture in the latter part of the last millennium. Although he is most known as a an avid proponent of LSD, Dr. Timothy Leary importantly theorized that since a peak experience by its very definition changes us, in those peak moments we can change our conditioning to see the world in a more useful way. Group and individual psychotherapies have since been developed to facilitate the purposeful change of worldview of suffering people, especially addicts and those with PTSD.

Once you’ve had a peak (also referred to as transcendent, or spiritual) experience, you never view mainstream reality in the same way again. You’ve had a taste that more is available than you’ve been taught. Peak experiences are so full of promise, so enticing, that once you’ve had one, your whole life may become trying to experience it again. However one comes, whether spontaneously or induced, a peak experience is always a great teacher and a boundless blessing.

Back in the days when Freudian lying-on-the-couch therapy was all there was, insight into one’s problem was considered enough to provide a cure. However, insight-as-cure didn’t turn out to be the case – we’ve all heard about Woody Allen in treatment for decades, his neurosis only growing. Many people walk around with great insight into why they do what they do, baffled as to how to use the information to change their lives.

Caitlin understands there’s a correlation between her father’s abusiveness and her attraction to unkind men, but still she continues to date them. Josh knows the reason he drinks too much is because he’s shy and lonely, but that doesn’t help him cut down or stop. Both Caitlin and Josh berate themselves constantly as “stupid” because they know they’re smart and have good insight, but neither knows what to do about it.

Do you remember Heisenberg’s Uncertainty Principle? — that amazing discovery last century that states that just to observe something changes it. To those seeking personal growth, this means that merely the act of observing ourselves will bring about change. However, most of us need to learn to observe ourselves in an entirely different way than we are accustomed: without judgment, not berating ourselves as “stupid,” but instead, with awareness and compassion. We develop compassion for ourselves when we accept that we, like everyone else, are caught in not-useful patterns. We can practice calmly observing the impulse to act in ways we don’t desire, trapped in patterns we have discovered through our insight.

As we observe and become aware, the next step is to gradually make a series of different decisions. One by one, step by step, different decisions will be made and behavior will change. After observing her patterns, Caitlin met a man she was really hot for, but after seeing him treat a food server rudely, decided to say “no” to further dates. Josh still has the desire to drink, but one day at a time, he doesn’t pick up the glass. Each of these meticulously changed actions is a victory in itself. Slowly but surely, as you too observe yourself with compassion and follow up with different decisions, you will gradually become a new person, more in alignment with your true self.

This article is an excerpt from Shaida’s book Shortcuts to Mindfulness: 100 Ways to Personal and Spiritual Growth – amazon.com – catherineauman.com

American-born Dhyan Shaida (Catherine Auman MA) began studying meditation and yoga in 1972, astrology in 1980, and explored many spiritual and personal growth paths. She became a sannyasin of Osho in 1985 and lived at the Osho Commune in 1999-2000, studying tantra and meditation. Her distinguished career in psychology includes work in virtually all aspects of mental health. She taught psychology and counseling at JFK University, the University of Phoenix, and The Chicago School for Professional Psychology. catherineauman.com

Impotence of the mind – Action out of delight

The nature of healing 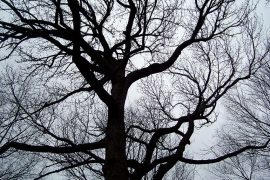 Shaida – Osho out of the closet