Peter Bloch got in touch with us after Kaiyum, his brother, sent him a link to our recent article, Animals and Humans, in which also the refugee situation in Lesvos was addressed. It turned out that Peter and his wife Madeleine have been working there since last October.

My wife Madeleine and I are both semi-retired, and in October 2016 we decided to go to Kos, one of the Dodecanese islands, and see how we could contribute to dealing with the refugee crisis. We turned up at the warehouse run by Kos Solidarity, a local grassroots organization run by Greeks, and were immediately put to work sorting clothes. We quickly transitioned to food preparation and delivery, and were kept busy for our three-month visit.

Fast forward to October 2017, when we decided that we would go and live on Lesvos, ground zero in the ongoing migration of vulnerable people from Syria, Afghanistan, Eritrea, Ethiopia, Cameroon, Congo and more. Back in 2015, when this all started and over 400,000 refugees arrived, the island was flooded with international volunteers and by 2016 more than 100 NGOs and international organizations (e.g., Red Cross, Save the Children) were active. Many of these have left, but volunteers are still arriving. Today, in order to become an active volunteer, you have to complete an application form and in some cases an interview. Most NGOs stipulate a minimum of two months service in order to be considered.

Moria and Pikpa are located at the southern end of Lesvos, near the majority of landing sites of boat refugees. Madeleine is teaching English to the residents of Pikpa, a small (125 people) camp run by Lesvos Solidarity for vulnerable asylum seekers. I decided that I would try and use my experience as an entrepreneur and international development specialist. Within a few days of arriving I met a German “entrepreneur philanthropist”; he is a semi-retired, wealthy technology entrepreneur (we’ll call him Hans) who comes here several times a year, visits many of the small NGOs and hands out money for immediate needs such as a new roof or a vehicle repair. I quickly transitioned into helping him, and others like him, to protect their investments. By way of example, he and his group had been donating money to an NGO that was badly in need of a website so that they could expand their own fund-raising. After several meetings, I took this task on, wrote and designed a site, found a volunteer developer and managed its creation.

Hans and I are now working with a French NGO on a long-term plan to address severe water shortages in parts of the island and, in particular, at the infamous Moria Camp. The majority of the 7,000 asylum seekers on Lesvos live in this camp and have to deal with insanitary toilets, limited access to cold water showers, and great difficulties in washing clothes. We plan to address these challenges, which inevitably raises the issue of the relationship between the Greeks, the asylum seekers and the volunteers. The conventional wisdom today is that development projects will fail unless there is tangible benefit for both Greeks and migrants.

Over the past few decades the island economy has consisted of olive oil and ouzo production and export, and tourism. In July 2015 over 18,300 tourists arrived by air; in July 2016 this had fallen by over 60% to 6,800. This data accurately reflects an ongoing trend, and the knock-on effect on the economy, exacerbated by the Greek financial crisis, has been dramatic. Most Greeks are unhappy about the presence of so many asylum seekers, and a recent demonstration and sleep-in by refugees in Mytilene’s main square increased the tension. Many local residents said that they no longer felt safe.

While the population of Mytilene is, for the most part, quite happy to host so many volunteers (they substitute economically, at least in part, for the lost tourists), there is widespread resentment. Volunteers ‘don’t have to work’, ‘they have money’, ‘they are criminals’.

The local government has ongoing problems with the national government, to the extent that officials recently blockaded the port to prevent the transport of temporary housing that was intended to increase the capacity of Moria.

Then there are the thousands of Greeks who have opened their hearts and homes, and continue to provide assistance and support to asylum seekers and to volunteers. The flip side of this is the rise of Golden Dawn.

There is tension between Arabic and African groups, and cases of outright racism leading to violence. We must remember that long before slaves were exported to the Americas there was an active slave trade between Africa and what is now the Middle East. A few days ago, we had dinner with two young men from Cameroon; when I asked them where they would like to settle they both responded with “anywhere that we can feel safe.”

I have never been to an Osho gathering, but I’d assume that attendees enter with a feeling of community and shared values. So it is with the volunteers. It is a great feeling to have. And Lesvos – like Osho – has drawn people from all over the world. The feeling of shared purpose has enabled great creativity, and acts of amazing endurance.

The “refugee crisis” is no longer a news item. Migrant flows have fallen, as have donations. But there were 13,000 arrivals in 2017. The EU-Turkey deal (which reduced migration through Turkey) is at risk, and Syria is becoming a proxy battleground. A recent study indicated that as temperatures across Sub Saharan Africa increase, so will migration.

I think we will be here for a long time, so long-range planning is in order. The island is like a pressure cooker and I see great potential to co-create a series of sustainable development projects. To address water shortages that affect everyone on the island; to provide inexpensive solar power which will enable Greeks and asylum seekers to stay warm during the cold winters ahead (the cost of electricity here is prohibitive for many); to create a waste management program to benefit all. None of this will be easy and it will all take time. But on an island with a population of 85,000 and a migrant population of 7,000 it is theoretically possible to accomplish grand designs and this, in and of itself, is an inspiration.

Yes, Moria has been described as a concentration camp. Why are conditions there so appalling? Many people on Lesvos believe that this is intentional, and that both the EU and the Greek government want to send out a message to people who are considering the journey. Asylum seekers make extensive use of social media and have certainly shared their experiences with people back home in Syria and further afield.

Moria may be the worst refugee camp in the world. But Lesvos is also home to Pipka and Kara Tepe, camps which might well be considered models of what such a camp should look like. These camps stress safety, education and human dignity.

Lesvos gained global recognition over the past three years and became, for many, the “face” of the European refugee crisis. This drew thousands of volunteers from all over the world, and there are dozens of small NGOs which are still active, each striving in their own way to provide a service or product which will in some way improve the lives of the 7000+ asylum seekers stranded here by the “process” for as long as a year.

Public attention has drifted to new crises, most recently to the plight of the Rohingya. Europe and the USA have become more inward looking, more focused on their own internal problems.

The refugee flow continues. 13,000 refugees arrived on Lesvos during 2017, and a recent UN report predicted increased flows for 2018. Donor funding has declined, and the small local NGOs are all struggling.

Everyone who arrives on Lesvos needs clothing, blankets, a sleeping bag, toiletries, and maybe a tent. As spring approaches we have to think about the need for summer clothing and protection from the sun. So, because these basic needs are universal, consider donating to Attika Human Support. Attika is the only warehouse that serves everyone: they deliver to more than 20 local NGOs, fill individual orders from residents of Moria Camp, and serve a local population of impoverished Greeks. Small grassroots organizations in the UK, Sweden, Denmark, Spain, Holland and Germany collect clothing and other supplies, pool the collections and ship containers to various parts of Greece. The shipments that come to Attika (18 x 40ft containers in the last 3 months!) are distributed across Lesvos and Chios.

Current funding for Attika expires in April and they need to raise €35,000 to stay open until September. If they do not survive, there will be a huge hole in the complex ecosystem that supports asylum seekers. If you can help, please check their website: www.attikahumansupport.org.

A lifelong entrepreneur and innovator, Peter is a Brit who has spent more than half his life in California and now lives on Lesvos together with his wife, Madeleine. After leaving Sussex University he launched a company to design and develop educational multimedia. He then transitioned into international development, and worked as a project designer in Africa, in Central and South America, focusing on food security and small business development.

Body – the real temple of God

The day 500-euro bills swirled around me 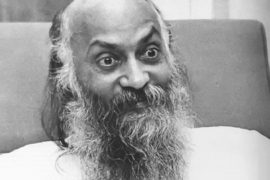 The age of Aquarius represents peace and brotherhood