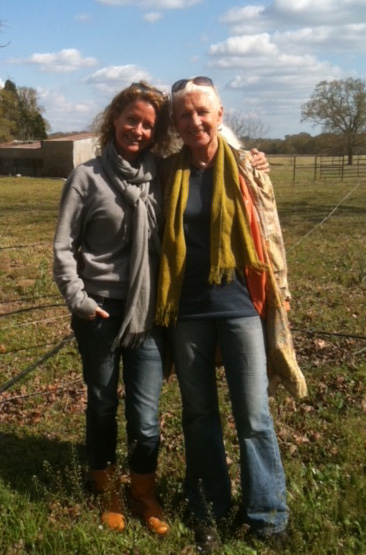 Ma Prem Shreyas (aka Jane Shreyas) was born in Minnesota as the eldest of four children. Her parents, Bob and Esther. Her mom, a good Lutheran of German descent. Her father, a hard-working salesman. At an early age the family moved West to California for better opportunities. She graduated from high school in Southern California, then went on to university at San Jose State.

While at University she met her husband with whom she had three children. Life was all good until the early 70s when women started to speak up and change started to happen. She wanted more in her life and relationship, so she and her husband decided to take the family and travel, for the enrichment of the family and for themselves. They left California for Australia.

There she began discovering more about herself. After a psychic told her that her spiritual journey was beginning and that she would need to give space to it, she began to question her life. More travel ensued. First on to Indonesia, then to Switzerland. There she and her family discovered Osho, called Bhagwan Shree Rajneesh in those days. After having experienced a diverse lifestyle of travel and different cultures the whole family was more open to spiritual change.

It wasn’t till a year later, when she moved to Germany, that the opportunity came to travel to India and meet the master whom she and her family had chosen. Her trip to India was life-changing in many ways. First meeting in person an enlightened master and then participating in the powerful group therapies.

On her return to Germany, where she worked as an international schoolteacher, she became seriously ill with hepatitis and was forced to take time away from work to heal. During her six-month convalescence in a health resort in the German mountains she went deep into her spiritual journey. After coming out of this space she realized that things were different and it was decided that she and her husband would work in separate countries for a time. That was the beginning of the end of their marriage.

Back at work, where she wore orange and the mala, she started sharing the meditations she had experienced at the ashram in Poona with the students and teachers in her school. After realizing her marriage was definitely over, Shreyas chose to leave her teaching job and move to India. She offered the opportunity to her children to join her if they wished. She said she was done with her old lifestyle.

She arrived in India, in 1978, accompanied by two of her children, Devaprem and Kendra. The ashram was in full growth at the time and all jumped into the ashram life and worked in various departments; the kitchen, cleaning and helping at the school, among other things. It was all about the work. Like so many, Shreyas wanted to be a permanent part of the commune.

Then to everyone’s surprise, in 1981, Osho left India. Out into the world again, she felt she needed to find a new direction; she returned to her country and, for a short time, taught in Washington State. She then moved on to Sedona in Arizona, where she became part of the extended sannyas community there.

Wanting to make the world a better place and feeling a need to help others, she founded a non-profit organization, Sedona Godmothers. Their purpose was to bring comfort to babies with AIDS, particularly in Africa. They got volunteers to knit cotton chenille blankets to be given to babies when they were removed from their parents and were in incubators. These blankets were blessed with love and positive energy and provided healing comfort to these tiny babies during their first weeks of life.

Doing something good empowered her and those that worked with her. When interviewed by local TV and newspapers, she invited others to join her to make a difference by knitting a cover for a baby.

After this experience she wanted to do more and felt a connection with Africa. She decided to enroll in the Peace Corps, in the hope they would allow her to be deployed there. Now in her 60s, she wanted to offer her services in training teachers in underdeveloped countries. Her dream came true. From 1997 till 1999 the Peace Corps sent her to Uganda, Kenya, South Africa and other countried in Africa. There she was recognized for her services by the president at the time, Bill Clinton, and his wife Hillary. She often said she would live out her days there. But life has its own way; shortly after this special ceremony the Peace Corps ended their programs in Africa due to unrests and potential danger to its volunteers.

Once again she had to reinvent herself and start over. In Africa she had discovered a new spiritual direction and began to practice the art of giving Light, called Sukyo Mahikari. She gave Light for over 20 years to hundreds of people till the day before she passed.

Shreays then moved to Fiji for several years meeting up with some of her friends from the Peace Corps, giving Light and helping in the small community of Savusavu. Then on to Texas where she lived for several years with her family and finally to Maui, where she stayed for a couple of years; she wanted to end her time on this planet while being close to her daughter, Kendra.

It was in Maui that she passed away, peacefully, with her children and friends by her side. It was the culmination of her life experience.

Shreyas was an outspoken person, often told people things they were not ready to hear but she felt it was important for their growth and awareness. She touched many people along her way and set an example of being true to oneself, which was not always the easiest choice – but in the end the most gratifying. She lived by example, teaching people from her own experience, openly sharing and discussing her struggles, opinions and accomplishments. A true shining star.

Only after someone like her leaves us we see how many lives they have touched, the awareness they have brought to themselves and those around them. As she used to say, “Amani, Peace.”

Text thanks to Kendra

Beloved Shreyas,
How lovely to see photos of you, and get a sense of the richness of your life. Sweet memories of time spent working together in Mariam Canteen, warmth and laughter. Go well, dear one.
Nirved

I loved working with Shreyas when she ran the translation department in Pune 1. We were good friends and her empathy helped me a lot when I was in a quandary trying to find the right way while translating Osho into German. She had a BIG heart and shared it with anyone crossing her path. Thanks to Kendra’s detailed portrait of her I now have a much better idea who she was. I have often thought of her and wondered where she had got to… now I know. Love,
Nirvano

Dear Kendra,
This is Deva Soma, now Somadevi and Prem Ninad, now Somnath. I want to thank you for sharing the beautiful life story of our beloved Shreyas. Somnath and I were blessed to have known and shared some time with Shreyas in Pune and while she lived in Sedona. She is a shining star and the most beautiful example of a life fulfilled, complete and blessed indeed.
Much love and blessings to you on your journey.
Soma

thank you so much for sharing this lovely tribute to your Mamma Shreyas. Shreyas impacted my life in so many ways. We met in the Peace Corps. I’d been there a year in Uganda and she was in the ‘new group.’ She was part of the same teacher training college with me.

At first, I really took note of how she just had this element of grace and ease, comfortable in herself, carrying that to whomever she met. She talked about her intuition and read our cards from the most beautiful Osho Zen deck, that I later got for myself in Idyllwild, California, and still have.

Shreyas and I would talk from time to time. She’d tell me about growing up, about her children (she adored), about the Sedona Grandmothers…

Somehow, so gratefully, we reconnected about 10 years later. I kept up with her through her travels to Fiji, Texas, and Maui, and am SO grateful for the times she came to visit me (and my now family) in California. Especially blessing our wedding.

Shreyas has been there for me at pivotal times in my life, offering guidance, sharing The Light, channeling information from my guides … she felt guided to share with me.

I love Shreyas so dearly. What an amazing spirit, strong woman, and true gift to this world.

May she be dancing and smiling bright. “Love Covers the World.”

We never worked together. We just had occasion in Poona One to brush against each other and share a word or two, I don’t remember what about.

In the times of #MeToo it might be inappropriate to say this, but what I remember most was your warmth and unusual beauty as you drifted by.

Dear Shreyas, what a life you led! Farewell!

Beloved Shreyas,
A deep bow at your beautiful lotus feet.
Love.
Your brother, Somnath, aka Sw. Prem Ninad, and your sister, Somadevi, aka Ma Deva Soma.

Namaste Didi: Blessings on your journey. We’ll meet again in the One Sky Sangha. Always loving you.
Seemanta

Try to see the good