Man and woman both together are one whole

“And the real couple is one in which each has joined with the other in a positive way,” says Osho.

While you were pointing the finger to the moon you said today, “Men have to become more masculine.” What is this masculine?

Masculinity can have two directions, just as feminineness can have two directions. The masculine mind can be aggressive, violent, destructive – that is only one of the possibilities. Men have tried that, and humanity has suffered much from it. And when men try this negative aspect of masculinity, women naturally start moving into the negative feminineness, just to keep together with men. Otherwise the rift will be too great, unbridgeable. When the feminine is negative it is inactivity, lethargy, indifference. The negative man can only have a bridge with a negative woman.

And so is the case with the feminine. Inactivity is negative, receptivity is positive. They both look alike, they look very similar. You will need very penetrating eyes to see the difference between the inactive and the receptive. The receptive is a welcome, it is an awaiting, it has a prayer in it. Receptivity is a host, receptivity is a womb. Inactivity is simply dullness, death, hopelessness. There is nothing to wait for, nothing to expect, nothing is ever going to happen. It is falling into lethargy, it is falling into a kind of indifference. And indifference and lethargy are poisons.

But the same thing that becomes indifference can become detachment, and then it has a totally different flavor. Indifference looks like detachment, but it is not; indifference is simply no interest. Detachment is not absence of interest – detachment is absolute interest, tremendous interest, but still with the capacity of non-clinging. Enjoy the moment while it is there and when the moment starts disappearing, as everything is bound to disappear, let it go. That is detachment.

Positive feminineness is not like lethargy, it is like a tremendous pool of energy. And as the energy gathers and accumulates, it goes through many qualitative changes.

Man and woman both together, moving positively, are one whole. And the real couple – and there are very few real couples – is one in which each has joined with the other in a positive way. Ninety-nine percent of couples are joined together in a negative way. That’s why there is so much misery in the world.

And one thing more. If it was only a case of an outer meeting of man and woman, it would not have been so important. It is also a case of a meeting deep down in the being of each man and woman, because each man is a woman inside too, and each woman is a man inside too. The outer meeting and merging with the other is really a lesson, an experiment, to prepare for the inner meeting.

Modern psychology, particularly the Jungian school of psychology, accepts this, is based on this, that man is bisexual and so is woman. If your conscious mind is that of a man, then your unconscious will be that of a woman, and vice versa.

But to manage the inner meeting is difficult in the beginning, because the inner is invisible. First you have to learn the lesson with the visible. Meet with the outer woman, meet with the outer man, so that you can have a few experiences of what this meeting is all about. Then, slowly slowly, you can search withinwards and find the same polarity there.

The day your inner man and woman meet, you are enlightened. That day is a day of great celebration, not only for you but for the whole existence. One man has arrived back again. Out of millions and millions, one man has arrived.

It is said that when Buddha became enlightened, flowers showered from the sky. These are not historical facts, they are poetic expressions, but of tremendous significance. The whole existence must have danced, must have sung, must have showered millions of flowers – because it is a rare phenomenon. A groping soul suddenly has become integrated, a fragmentary soul has become crystallized. One man has become God: it has to be celebrated. It is a blessing to the whole existence.

But the first lesson has to be learned outside, remember. Unless you have known the woman on the outer plane, in all her richness, in all her sweetness and bitterness; unless you have known the man on the outside, in all his beauty and in all his ugliness, you will not be able to move into the inner dimension. You will not be able to allow the yin and yang, Shiva and Shakti, to meet inside. 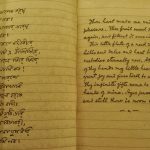 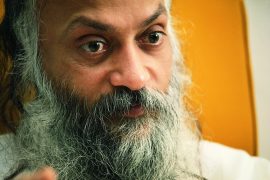 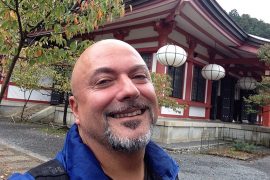 Iggy – The art of living a simple life 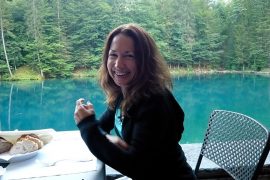 Melissa in the EEG