Kiran Singh Sirah on the discovery of the peanut butter & jelly sandwich.

After more than 10 years of living in the US, I’m still uncovering new and fascinating things about American culture.

Sometimes I think I give off the impression that I’m kind of worldly. Probably a lot of it comes down to my accent, if I’m being honest. Or more specifically, it’s down to the fact that I was born in another country, where my parents had immigrated before I was born. It’s also true that I’ve traveled the world and seen many incredible places. My favorite way to get to know any place is to try the food. I love to eat, for one thing, but it’s also a great way to learn and understand cultures that are new to me.

I think of cuisine as a doorway into understanding and appreciating the stories of other people. It doesn’t have to be fancy. I always try to eat like the locals, and I’ve found this strategy to be hugely rewarding. In 2014, I became a biscuit champion here in East Tennessee, by way of the International Biscuit Festival in Knoxville. At that event, I performed biscuit poetry, biscuit beatbox, and even balanced a biscuit on my head. This was enough to win the Mr. Biscuit Pageant Contest, for which I was rewarded a gingham sash and a deluxe set of Lodge cast iron pans.

There was a Mrs. Biscuit, too, of course, and we became instant friends. At the official photo and award ceremony, I even got down on one knee and proposed with… a biscuit. We’re still Facebook friends.

My latest food-related discovery took place at a local café where I join Marie, my fiancé, and her little five-year-old daughter Mirabel every Tuesday for dinner. The restaurant is just a few minutes’ walk from my home in downtown Johnson City, with a great menu of vegan and vegetarian food. Every week, we sit at the corner table so we can look out the window at the farmer’s market pavilion. Marie and Mirabel sit on one side of the table and I sit on the other.

Mirabel and I like to be a little bit goofy. Or maybe I should say that Mirabel brings out the goofiness in me. We have a little ritual of gargling our drinks before the meal arrives. She’s also a cat fanatic, and likes to dress up as a cat literally all the time. Naturally, she speaks a cat language, which she is teaching me right now. It’s a secret language, so I can’t share it with you. But I can tell you that it sounds sort of like a mix between Arabic and Slavic languages.

When it comes to ordering, I have a little bit of an issue with making up my mind about what to eat. One week, I might get a veggie burger with jalapenos and extra hot sauce, or a double hot dog with all the lovely toppings that make you proud to be an American: sauerkraut, chili, and cheese. (I love cheese.) Interestingly, Mirabel has the opposite strategy. Every week she gets the same thing. She knows exactly what she likes, and that’s a peanut butter and jelly sandwich.

Would you believe that, until I met Mirabel, I had never had this incredible dish?

Certainly, I’d heard of peanut butter and jelly. I grew up watching American movies in the UK. But at home, PB&J isn’t really a thing. We have jam on toast and jam sandwiches. But peanut butter doesn’t have the same degree of popularity.

At the restaurant, Mirabel and I often talk about what it means to share. One week, when she ordered her old standby, she graciously gave me the very first bite. It was a corner piece, offered with a huge smile, in that beautiful kid’s way where they tear it off with their hands.

But I was still a little bit suspicious. Peanut butter and jelly, to my British ears, sounded sort of weird. Gross, even.

I reminded myself of my rule of eating like the locals, and took a tentative, curious bite. My teeth sank into the bread, and the fruit of the jelly and salt of the peanut butter hit. The sensation was sticky and sweet and tangy at the same time. What a taste. What a texture. There were so many layers in this bite. I thought it was delicious.

After the meal, I dashed off a quick post on Facebook about trying my first-ever PB&J. I described how bizarre the combo seemed to me, even though it was quite tasty.

By the time I got home, the post had taken off. Already, I’d received dozens of comments and messages about peanut butter and jelly sandwiches. By the next morning, that number had grown into the hundreds. Most of my American friends were happy for me:

“Congratulations on your first PB&J.”

But there was also considerable controversy. Some foreign friends were baffled. Some were appalled. Questions abounded. Crunchy or smooth? Crust or no crust? People had suggestions about different kinds of jelly, or other riffs on the ingredients. I had no idea there were so many levels of nuance to this simple dish. I think I could write a thesis on the topic. With a single social media post, I probably got more information than if I were to conduct a full-scale cultural survey.

This is obviously a very important sandwich.

Jokes aside, what became clear was how important and meaningful this food, and food in general, is to people. In the US, PB&J is a food of nostalgia and remembrance. It’s part of people’s collective memory. Folks shared anecdotes from childhood. They described the warm feeling they have when they remember their PB&J moments at home and at picnics and school lunches. They opined on “strange” foods like haggis and marmite that we like in the UK. They talked about their first time trying different foods. A colleague told me how she loved reading about this staple of her childhood diet with fresh eyes. It was a great reminder of how something as simple as a sandwich can spark memories, dialogues, and associations – and build relationships all along the way.

I love talking about food, sharing food, and watching videos about cooking. I love photos of food! So it’s no surprise that I enjoyed having this Facebook post go semi-viral. One of the things I enjoy about social media is how it brings together all sorts of different people from your life. Some people might know each other, but many of them have never met, and exist in totally different contexts. Here were friends, childhood acquaintances, donors to my institution, and Mrs. Biscuit herself weighing in on my first bite of peanut butter and jelly.

It was genuinely great.

Marie and Mirabel will be moving in with me after Marie and I get married in a few months. We’ve planned to adopt two kittens to celebrate.

Since Mirabel so kindly introduced me to this incredible dish, I’ve suggested that we could name the kittens Peanut Butter and Jelly.

But Mirabel is adamant that this will work only if one of the kittens is brown and the other is purple. I guess we’ll see.

Kiran Singh Sirah is President of the International Storytelling Center (ISC), an educational and cultural institution dedicated to enriching lives around the world through storytelling. storytellingcenter.net 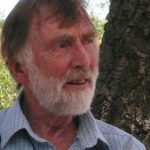 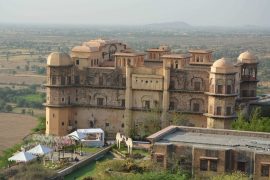 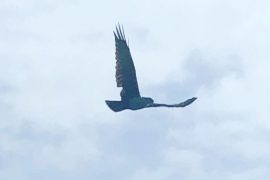 SOLI: I am only Bindu