Why the Law of Attraction doesn’t work

Anando writes, “Dr. Lipton’s research proves that positive thinking does not work, because it is done with the conscious mind – which is NOT running our lives.”

The Law of Attraction, promulgated in The Secret, became immensely popular when The Secret was first published several years ago. Feeding on people’s greed, The Secret basically said that you can attract whatever you want in your life – money, success, the perfect relationship, great house, car etc – simply by focusing on it with the positive intent to have it.

In other words, by using positive intention, or positive thinking, you can manifest whatever you want for your life.

Positive thinking has actually been around for decades – it was the basis of the very successful self-help empires of Napoleon Hill, Vincent Peale and Dale Carnegie – the forerunners of new age thinking applied to success in your personal life. 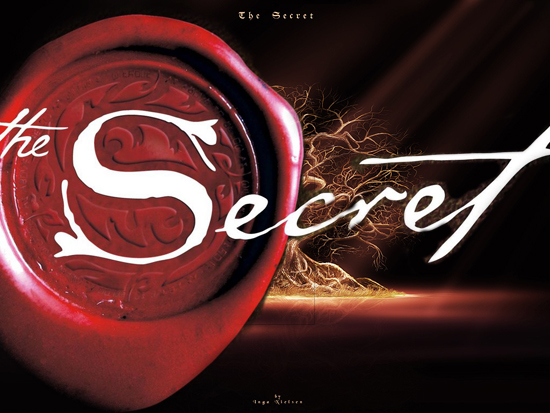 Every ‘new’ formula for success based on positive thinking is always a hit – after all, who wouldn’t want an easy way to get rich? It appeals perfectly to the greedy, lazy age we live in.

In the rush to get on the band wagon however, very few stop to wonder, if it were so easy, how come everyone is not living out their dream? And anyway, how would the world function if everyone lived their dream – who would do the kind of work that no one else wanted to do? And would it really be so much fun if everyone else were also living in a big house and driving a luxury car?

You can tell by looking at the latest courses and books being offered that the initial optimism of The Secret is being replaced with disillusion. Now courses offer to teach you why the Law of Attraction is not working for you – pay me and I will give you the missing ingredient.

It won’t make much difference.

Osho called the whole thing rubbish, long before The Secret came out. He says that positive thinking cannot change anything because it is a way of avoiding looking at the unconscious mind, which is full of our negativity. He says that,

…By your not seeing it, do you think it disappears? You are just befooling yourself. You cannot change reality. The night will still be there; you can think that it is daytime for twenty-four hours, but by your thinking it, it is not going to be light twenty-four hours a day.”

(Read on where Osho talks more about this subject…)

And now my favorite scientist, Dr Bruce Lipton, has come up with scientific proof which backs up what Osho has been saying all these years.

The combined effect of a million times more powerful part of our brain, and the fact that it runs our lives up to 95% of the time, means that our conscious mind (where our so called ‘positive thinking’ is) has quite an uphill battle to be heard!

If our conscious desire fitted with our unconscious ideas, there would actually be no problem. Then the ‘Law of Attraction’ would work automatically – no need to do anything to create it. But most of our unconscious ideas (70% according to Dr Lipton), are negative and destructive, not what we would consciously want! And as that is what is running our life, you can see why any attempt at conscious positive thinking is doomed to failure. Just spitting on the wind.

It means that we may consciously think we want more money, and focus on the visualization of a nice fat bank account of a few million, but if there is a belief in our unconscious mind that we don’t deserve to be rich, that we will never win the lottery, that it is something for other people not me, then guess what – no matter how much and for how long you visualize those millions, you will never get them!

The subconscious mind, says Lipton, is like a tape player – it just goes on playing the same old tapes we learned in early childhood. Those tapes are the messages we picked up mostly from our parents, or from anyone else who was very influential for the first six years of our lives. Most of the tapes run along the lines of, ‘You are not good enough’, ‘You don’t deserve’, ‘Other people are better than you’, ‘You are not acceptable or respectable as you are, you have to be better.’

Whether these messages were given to us directly or indirectly, they are what we picked up from the way we were treated, and those messages went into our innocent unconscious minds where they became truths. And then the tape player started re-playing those messages any time we were in similar situations, and we acted accordingly. In other words, we started living in a vicious cycle where we went on proving those negative ideas about us were true, thus making them even stronger. And it still happens today! We still continue to sabotage our attempts at happiness, success, love, etc. Just we are not aware that we are doing it ourselves, because it is, well… unconscious.

And where is our conscious mind in all this? That tiny part that is supposed to be there for at least 1% of the day?

Well, it is there when we use our creativity to work on a particular issue or project. But when we are not using it, what does it do? It day dreams!! It wanders off into the future or the past, and thus becomes unconscious, according to Osho. When it is somewhere else, it is not observing the unconscious mechanisms that are actually in this moment running our behavior.

So, not only are we unaware of when our unconscious tapes are playing, we don’t even have the ability to use our conscious minds to become aware of and observe the mechanisms of the unconscious.

I remember the dental sessions with Osho the last two years he was in the body, when he was trying in every way to get the five of us present there to become more aware of our unconscious minds. He kept saying, at first with a chuckle, things like “Anando, can’t you read your own mind?” And honestly, I have to admit that the answer was “No.” He said he was laughing at the five of us, at our unconscious. “I am in a difficult position. A man with eyes in the hands of blind people.” You can imagine how frustrating it was for us to hear over and over, day after day, “You don’t know your unconscious Anando / Amrito / Devageet / Nityamo / Shunyo. I know.” Yet it was incredibly difficult at that time to see the things he was talking about.

Lipton says you have to learn how to use the Stop button on the tapes instead of the automatic Play button, and then to change the tapes.

Osho says basically the same thing, and he also says that the way to do that is through meditation. Meditation is, after all, the knack of watching the mind, without getting involved in it (ie without pressing the play button), and without judging it (it is after all old tapes that are probably no longer relevant to your life, if they ever were).

Osho is the greatest teacher of meditation I have ever come across. He not only explains why we are so identified with our unconscious minds, but formulates a whole new psychology – the psychology of the buddhas – where meditation is the stepping stone to being free of our unconscious. And he gives us over 112 techniques of meditation – no creed or belief system to follow, just the techniques for your own personal journey, all the tools you need to make this step.

You can find these meditation techniques in The Book of Secrets, by Osho.

Read a compilation where Osho talks about this subject… 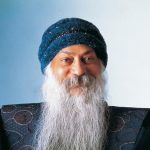 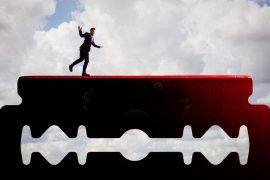 Saying yes to what is: a conversation over tea

One man’s journey through Covid-19 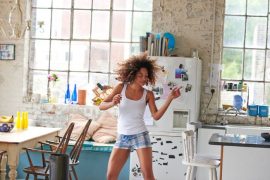 At the centre of the cyclone with Osho