A few years ago, Chidananda and Videh decided to translate Osho’s complete talks given on the Bhagavad Gita during the early 70’s in Hindi. The whole series consists of 219 discourses and is the longest series of discourses by Osho. The Hindi series consists of 8 volumes, but the English version will consist of 17 volumes.

In the recordings of the original Hindi version of Osho’s Gita Darshan, the sutras in Sanskrit are sung by Ma Yoga Taru, followed by Osho’s translation into Hindi of the same, which Ma Yoga Taru also recites in Hindi. They have translated into English Osho’s Hindi version of the Sanskrit sutras. Osho has spoken on each sutra and some discourses include also questions and answers. Probably for the first time in history, people will be able to read a translation of the Bhagavad Gita by an enlightened master. There are many translations and interpretations of the Bhagavad Gita, but they have all been written by pundits and scholars. The true meanings of the sutras come out very clearly through Osho’s modern and simple language.

The first volume was launched during the International New Delhi Book Fair in February and the response was impressive. It consists of Adhyaya 1 and Adhyaya 2, which are called respectively “Vishad Yoga” and “Samkhya Yoga”. The Bhagavad Gita is divided into 18 Chapters (called Adhyayas) and the number of sutras in each of the chapters varies. Each of the Adhyayas corresponds to a Yoga, a spiritual path, which Osho describes at length in his lectures.

They further commented, ”The series on the Bhagavad Gita opens up all the dimensions of self enquiry to all the different types of individuals that compose this variegated humanity. Self enquiry, understanding our minds, our psychology, developing our intelligence… this is a job that all of us sannyasins should be doing 24/7, preferably not only when we sit down in a meditation hall or in a therapy group, but also in our day-to-day life!

“This book is a journey on the path of self enquiry, where Osho takes us by the hand, just like Krishna did with Arjuna thousands of years ago, and leads us to the edge of the precipice, where we can finally take the jump and surrender to the divine. From the sutras of the Gita, Osho ventures into the psychological realms of modern man, whose problems seem to be not very different from Arjuna’s suffering and despair, and proposes to modern man the same ancient keys, the same solutions which Krishna had proposed to Arjuna, in an effort to help him attain the ultimate reality.”

The English version of the Gita Darshan is translated by Ma Yoga Videh and edited by Swami Chidananda. Both Videh and Chidananda are old time sannyasins who have lived with Osho in all the three communes since the very beginning in the early 70’s until Osho left his body in 1990. Videh, who is of Indian origin, was educated in England, and has known Osho since 1969, when he was still known as Acharya Rajneesh.

Many western seekers and Osho sannyasins have fallen in love with India and have established a special relationship with the country. The Bhagavad Gita is very close to the hearts of all Indians, even more than other scriptures, and Krishna is the most loved of all avatars. In the courts of law in India, all witnesses are required to take an oath, by placing their hands on the Bhagavad Gita.

Osho draws out the very essence of the Gita, and Videh and Chidananda feel that this incredible series of discourses will bring the Gita even closer to people’s hearts, both Indians and westerners, for years and centuries to come.

Beyond a Certain Age

My Way with Family Constellations

‘From Mud to Lotus’ 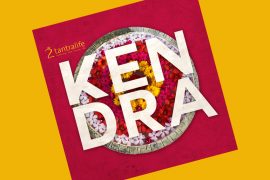