On the Other Side of the Door

Q: If I could ask you a question about your past: you spent a year – when you were a student in India – mad; in which you couldn’t formulate a sentence, and you lost your perspective. Is that the time that you were looking for that door?

I had been looking for that door as long as I remember – from my very childhood. I must have carried that idea from my past life, because I don’t remember a single day in my childhood in this life that I was not looking for it.

And as far as my craziness is concerned, naturally I was thought crazy by everybody. I never played with any children. I never could find any way to communicate with the children of my own age. To me they looked stupid, doing all kinds of idiotic things. I never joined any football team, volleyball team, hockey team. Of course, they all thought me crazy. And as far as I was concerned, as I grew I started looking at the whole world as crazy.

In the last year, that was when I was twenty-one, it was a time of nervous breakdown and a breakthrough. Naturally, those who loved me, my family, my friends, my professors, could understand a little bit what was going on in me – why I was so different from other children, why I would go on sitting for hours with closed eyes, why I sat by the bank of the river and went on looking at the sky for hours, sometimes for the whole night. Naturally, the people who could not understand such things – and I did not expect them to understand – thought me mad.

In my own home I had become almost absent. I would be there in the room and my mother would be asking me, “If you see someone in the house just tell me, because I don’t see anybody here and I have to send somebody to fetch some fruits or some vegetables from the market.” The market was not far away, just two minutes’ walk, but I was not considered to be somebody. They had accepted the fact that I am good for nothing.

And they were right. In the morning they would send me to purchase something which was needed immediately, and I would return in the night. And then I would say, “I think you had sent me for something, but I completely forgot about it. If you remind me, I can run again.”

And they said, “Please excuse us, that we sent you. If you go again now, then the whole night… Nobody knows when you will turn up.”

By and by they stopped asking me anything, and slowly, slowly they started feeling as if I were not there. And I loved it, the way I had become a nothingness, a nobody, an absence. That one year was tremendous. I was surrounded with nothingness, emptiness. I had lost all contact with the world.

If they reminded me to take a bath, I would go on taking the bath for hours. Then they had to knock on the door: “Now come out of the bathroom. You have taken enough bath for one month. Just come out.” If they reminded me to eat, I ate; otherwise, days would pass and I would not eat. Not that I was fasting – I had no idea about eating or fasting. My whole concern was to go deeper and deeper into myself. And the door was so magnetic, the pull was so immense – what physicists now call black holes.

I have experienced it in myself. Perhaps on a bigger scale the same happens in the universe. The star dies; as far as we can see, it disappears. But every moment new stars are being born. From where? Where is their womb? It is simple arithmetic that the black hole was just a womb – the old disappeared into it and the new is born. This I have experienced in myself, I am not a physicist. That one year of tremendous pull made me farther and farther away from people, so much so that I would not recognize my own mother, I might not recognize my own father – so far that there were times I forgot my own name. I would try hard, but there was no way to find what my name used to be.

Naturally, that one year, for everybody it was that I was mad. But to me that madness became meditation, and the ultimate of that madness opened the door. I passed through it. I am now beyond enlightenment – on the other side of the door.

Q:  Even though you’re beyond enlightenment, on the other side of the door, do you still have black moments? No.

For example, this spring when you stopped giving discourses for two months, where were you? Were you in a black hole?

I Was Seeing Him in My Dreams 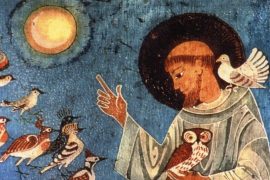 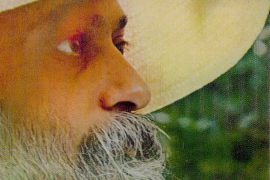 You don’t know how to live in the present, how can your past be real?