An article by Swami Chaitanya Keerti published on April 16, 2014.

Once a disciple told his master, “Every day you give profound discourses that transform lives. Wouldn’t it be nice if we compiled these into books and preserved them for the future generations?

“These books will preserve your name for eternity and the money could be utilised to build an ashram and meet our daily expenses.”

The master replied: “Yes, it is a good idea to publish them. But remember that the profoundness and the force that you feel in my discourses is not mine — it is the Divine that is speaking through me. I don’t own these discourses. I am just like a hollow bamboo and the divine song is flowing through me. When a mystic creates, he is only a medium, a hollow bamboo on the lips of God, which becomes a flute.

“The flute of the infinite is played without ceasing,
And its sound is love:
When love renounces all limits,
It reaches truth.
How widely the fragrance spreads!

“The song is His; the flute cannot sing, the flute can only allow the singing to flow through. Existence is a passage; so is man. Man is a flute. So are the birds, trees, the sun and the moon.”

The profound messages that were given by Krishna, Buddha, Jesus, Mohammad, Nanak, Kabir, Meera and the unknown ancient sages of the Upanishads are divine in the ultimate sense.

The Upanishads contain the purest message — and the most interesting thing is that we don’t know the authors. The enlightened ones do not share their teachings for any worldly gain, name or fame. If they did, their teachings become very mundane. The truth flows through them and they do not compromise with those who have any vested interest to distort their truth. They take the risk of being misunderstood and to be harassed, but they never compromise. Jesus was hanged for the sake of truth. The truth does not belong to a person — it is divine and universal.

The disciple had another question: “Beloved Master, there are some fake gurus who are stealing your words and are preaching the masses. Shall we copyright your words to protect them, so that nobody can steal them?”

The master responded: “The truth is not mine. The words are not mine. I do not own the truth and the words. The same has always been expressed by the awakened ones and the same will always be expressed in the future. So do not bother to copyright truth and the words. Do not do such things to embarrass me. If you really want to do something, then share this unconditionally. I tell you the same what Jesus said to his disciples, ‘Go to the rooftops and shout the truth from there because people are deaf. Unless you shout they are not going to hear.’ It should reach far and wide without any restrictions and barriers. No need to limit. No need to control. The flower of enlightenment has bloomed, let the fragrance ride on the breeze and touch the hearts. Do not create any hindrances.”

The disciple agreed then, but when his master left his body he forgot all of this and went ahead to copyright the words of his master. 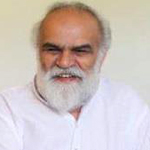 Swami Chaitanya Keerti, editor of Osho World, is the author of ‘Osho Fragrance’.

You have been traveling already for thousands of lives

On air now – These were cosmic times