A scrapbook page by Sajjad.

This is the first in a new series. It is about Becoming the Thief (phase 1), then letting go of control towards Surrender (phase 2). Letting go of guilt (phase 3) and ego (phase 4) will come later on.

My ship has entered port, so to speak, but this has been my experience so far. It is not for the faint-hearted; only for people with a deep interest in mind-shattering relationships and not for those who are otherwise engaged or who have transcended relationships. 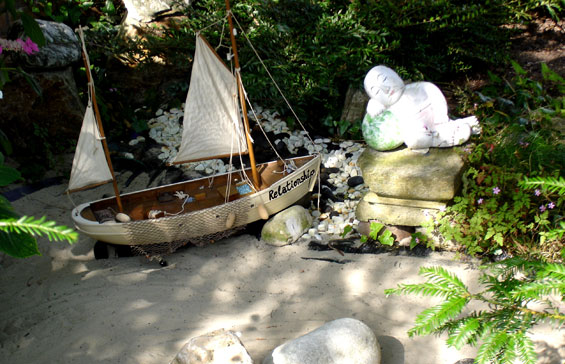 Who is this woman I am
travelling with? We seem
to be, in different ways.
This is how God plays
Tricks on my eyes, makes
Me blind as long as it takes,
Along a myriad of roads to see
In a mirror the woman in me.
But to follow my intuition
When I make a decision
Is that woman in me..!
So I wonder: “Who is she?”
When I wander off on my own,
Going beyond all I have known.

Phase 0: Sexuality
Most beautiful women are at Phase 0 (sexual). Relationships are fights in this phase!

Phase 1: The Thief
Women are in love (or lust) and become thieves! But no control and no guilt is THE KEY! The thief is the woman’s desire to be with a man and to purloin him, overcome his defences…somehow to convince him of loving her, without him becoming too suspicious. This stealing is an art in itself but has been viewed with grave concern by society, religions and the cornerstone of the social order: the family. Most women have decided to control that specific quality or to at least disguise it in such a way that it becomes respectable but then it loses its potential of turning man into a flaming ball of fire! So THE KEY is to lose control, she has to let go of being civilized and allow love to take possession of both. But how to do that?

Phase 2: Surrender
The answer is ‘surrendering’. If a woman does so she will experience that the man will either surrender to her or run for his life! Surrendering to a master is like that, he is the thief… yet you trust him. But can you surrender to a man or woman in a love relationship? Surrendering is dangerous. But there is a difference compared to a normal thief; you have to allow him or her to steal from you otherwise surrender is impossible. In phase 1, when you stop fighting love, consequently you will start resisting. This is more amiable than fighting: for example, the woman resists to become the thief or the man resists her love, but going against desire will cause great unhappiness. However, in phase 2, if she does decide to let go of control, this mad act of surrendering will bring great happiness to her! So being the thief is about overwhelming and surprising the other, and generally giving him or her no time to THINK! Bang, you’re dead!

The ‘good’ or surrendered woman is about going beyond good and bad, in fact all dualities: man-woman, old-young, etc. I stumbled upon it one fine afternoon in Osho’s commune in Poona; it was a different way of being, totally opposite to what goes on in the normal world. I was always considering to do the man-woman thing differently; relationships didn’t seem to work for me. I am not saying that now relationships began to work, only there was an essential quality added which finally got me really very interested in women – and that was the unmistakable quality of the ‘good’ woman.

A good woman is not ‘goody goody‘, she is more of a rebel with a lot of spunk! As I said before: it is beyond good and bad…she had a great mysterious quality. Although the term ‘good’ woman makes it sound like a fixed personality trait, it is not so. This ‘goodness’ can be dropped or is lost easily. Socrates is reported to have said: “If a man can find a good and beautiful woman he is certainly lucky.” and Osho apparently said: “A good woman is very difficult to find.” So two great Masters, ancient and modern, have spoken a true word…the good woman is rare and far between. 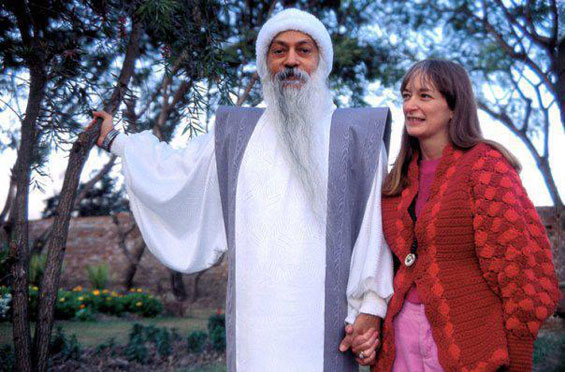 The house of stone
The wood of a tree.
All become one
In this scenery.
This diversity of Crete
Everything is complete.
The joy of flowers,
The bougainvillea showers
A bit of elegance
Like our own romance.

I will give you a typical example of how this surrendering process works. It was at the old Muddy Ranch, during the First Annual World Celebration at Rajneeshpuram. I submitted a question to Osho about something totally insignificant and got a surprise: the answer didn’t come back on a dry piece of paper. The energy was fresh like the mountain air, everything over there – even the grass – was new and the furniture crisp and we sat on a little sofa in the Meditation University, the woman and I. She was juicy and lovely and she was my answer and she said something which seemed to have no connection at all to what I had asked: “You don’t seem to trust women!”

Osho, or whoever had read my letter, saw I had been fighting or resisting women too much; protecting myself against burglary so to speak. How could I refuse that message? I dare say I got it! And after staying at the Ranch for a while I went back to Holland, found a good woman, surrendered and lived with her for two happy years – instead of having random affairs.

So the Thief is about losing control. It reminds me of a question Maneesha once asked Osho, about her problem of bringing control into a love-relationship. Basically the first thing that everybody experiences when they fall in love is that they lose control. Then they want to bring control back into their relationship through the back door, just because it’s a habit, or because they need it for everyday life and routine, or because they suddenly become afraid, or because they’ve started THINKING about it. Then they discover that it kills the spontaneity and perhaps even love itself and by then it’s too late. However, the first experience of no control is in sex, if you are fortunate!

A music within these stones.
This dancing earth has bones!
Bone-lazy are the shrubs
That sway like nightclubs
For ants, flies and bees.
The upstanding fertile trees
Opera houses and concert buildings
And while the tree swings
Divertissimo and then sways
Piano, while a breeze plays.
The birds drop in and whistle
A tune for a thorny sad thistle.
Everything is sex, but sex is not everything.

All this is similar to surrendering to an Osho or to anything whatsoever in existence.

The Act of Surrender and Sex

To prove my point: a ‘good’ woman is a good and stunning experience in bed, this having been my first point of experiments as a young man. Because of this I knew exactly what made good sex good. It was not only the act itself, but also (it isn’t separate from all else – the love, the hate) all moments that surround that experience. My insight is therefore: if those surrounding moments aren’t ‘good’ (as I call it), it affects the whole act of sex itself.

When two lovers meet and merge in sex and they know that afterwards they’ll start bitching again, they can never be total in one ‘good-sex’ moment. Since my interest in sex itself is getting less, my interest in what surrounds the sex act is augmenting.

So, what I will always look for in a woman is this ‘Goodness’ quality…she will first resist (me) and then she will “surrender”. Or she will surrender to me very quickly and afterwards play “resistance” in all kinds of ways. The poetry of it!

This is a great moment in a woman’s and a man’s life, for she and he won’t be calculative (non-manipulative), not fighting (bitching) the man, but of course resisting him in all kinds of humorous ways. Those numerous humorous ways are the poetry of a relationship, the spice of it. Then follows ‘surrender’, and this will not be the fake, easy, give-away surrender of a woman who doesn’t know how to say “no” to a man…as most don’t. This surrender makes sex a religious moment! This is not the ‘submissive’ woman, one who can’t resist or say “no”. This is a strong woman; it comes from strength… like Osho said: “Only strong people can surrender.” Macho invites submissive behaviour, strength invites surrender.

After the first moment of surrender new problems (the energy surrounding sex) always arise, that’s why I always used to prefer one night stands. As I see it now there are three aspects in a love-relationship, if one has decided to surrender:

The first is the sweetness of just wanting to have fun together. This moment of innocence is erased by the second when the bitterness of the ego and its problems submerge, including problems with guilt, control and fighting… it all gives it a sharper edge and a different taste! For example one starts to protect oneself from getting hurt.

Then there is one last phase or moment if one can manage to rid oneself of the second phase and that is an intense fear of going mad! Strange indeed, but nonetheless a very real emotion, this fear! It happens because the four cornerstones of society are no longer there and all sense of security and normalcy is gone and we seem to be floating off into open sea, without a lifeboat even! It certainly looks mad to the rest of society and they might put some pressure on lovers who embark on this kind of journey and urge them not to risk such a venture, or quite simply to quit. The odds are too big! That’s how all the great love affairs of ancient, Romeo and Juliet, and present times, come to an early death. In fact, society fears love like nothing else; it is simply a danger to everything it holds sacred!

Articles by the same author
Hate of the Machos: The Nerd
Are We Becoming an ‘Old Boys Club’?

Sajjad is a business course trainer (social-psychologist) since 2000. Took sannyas in 1981, stayed in various communes (Medina, Amsterdam, so on) and went to Poona in 2001 to do the Mystic Rose (in Osho’s Samadhi!). Lately he wrote a few essays on being a disciple such as: The Goodness Energy – Osho and Good Women. Sajjad lives in the Netherlands. www.werkmotivatie.nl

10 Things You May Not Know About Laughter 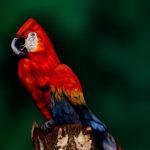 Now You See It, Now You Don’t

Don’t be afraid of sexual desire

The deep urge to dissolve I and thou into one unity 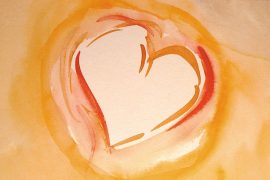