Another Series of Dilemmas

At the dentist, he was delivered the bad news. The molar giving him pain demanded root canal treatment. As he was peripatetic, and the success of the treatment was uncertain, the best course might be to have the tooth out. This he agreed to, but the news got worse. His teeth and gums generally were suffering from three years of neglect, and another molar wasn’t far behind the main offending one in state of decay. They gave him a prescription for antibiotics to calm the infection before his next appointment.

When arranging the appointment, and after paying for the session, he inquired after the costs for the extraction. He left, reading the shiny brochure with the prices clearly defined. By the time he’d got his prescription from the chemist, and paid for that, he had decided he was going to stop with the one extraction and take his chances thereon, for a while anyway. He had to start watching his pennies, as dentistry demanded quite a few.

He’d been told not to drink alcohol whilst on the antibiotics, so decided to go to a pub, the first one he came across. He wasn’t due to meet Kay for half-an-hour. The blonde Aussie girl who served him obviously thought beauty a sufficient end and was consequently rude to him, because she could afford to be. She was nice to everyone else for some reason. 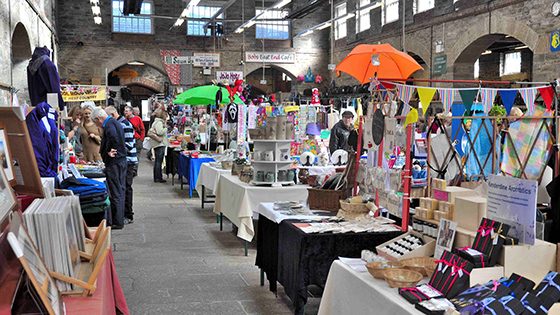 He sat quietly at a table by himself. The pain was returning so he downed some Paracetamols with the Dartmoor ale, and was trying to focus on the instructions that came with the penicillin but kept getting distracted by the loud conversation two tables away. It was three middle-aged men agreeing vociferously about the shortcomings of the government, and a woman simpering and delivering sporadic high-pitched laughs.

After ten minutes of this, with the throbbing pain, and his general state of mind, Duncan had had enough and loudly proclaimed the men complete and utter morons, the woman in this case merely being the chorus. The stunned silence from their table did little to caution him, at first. Even the central figure, a lithe, muscular and tightly-coiled individual with unkempt black locks and grizzled face, didn’t faze him despite the venomous gaze. Duncan was used to academia where words were words, and childish insults were par for the course.

He understood their silence to be a continued interest in his point of view. “You’re blaming the government for raising prices on alcohol and tobacco, and for banning smoking in pubs. If drinkers – and, I assume, smokers – such as yourselves took some responsibility, by doing everything in moderation, we wouldn’t have the collective health crisis we have now, and it wouldn’t be costing so much in medical and social care. It is because of your behaviour the rest of us have to face increased taxes, and now extortionate rates for an occasional drink or cigarette. Even smoking in public areas may have remained acceptable if it hadn’t been so excessive.”

He smiled at his audience. If he had been with his peers, someone may have provided a counterview – which even now he was expecting eagerly – such as that smoking, drinking and over-eating were merely symptoms of a people heavily divided by wealth. The psychology of collective social inferiority was not something of which he was aware. Neither was his current audience. In the absence of intelligent repartee, they were left with violence as the only honest exchange. The expression of the muscular man in the blue flannel shirt now gave Duncan pause for thought, even before the man stood up.

“Excuse me.” Not wishing to leave a glass half-full, Duncan hastily gulped down his beer, gathered his things, and departed.

Moving along the jostling Tavistock High Street, he glanced backwards to see his fears well-founded. The man wasn’t far behind, the other two men accompanying their leader, all three pairs of eyes locked on Duncan.

The shops at best offered only temporary shelter, and were like caves with no back doors.

He darted into the entrance to the Pannier Market out of desperation. To his relief, it was quite busy, with numerous traders plying their wares.

Seeing an appropriate niche, a stall with piles of DVDs – none of which were of interest to him normally but currently offered several hiding nooks – he swiftly pushed himself in and found a bottom shelf suddenly deserving, he felt, of immediate attention. Indeed, as the proprietor was nowhere to be seen – perhaps chatting to someone at an adjacent stall – Duncan sat on the floor and made himself as comfortable as possible.

Within a minute he caught a glimpse of black curly locks passing by the stall, and he slumped further, his heart racing.

Another two minutes passed, and he risked another look. A young couple perusing the DVDs on the table were surprised to see him, then recovered and resumed their search.

Peering over the plastic cases, he scanned the surroundings.

None of his pursuers were evident. His ploy must have worked. With so many entrances and exits, they’d assumed he’d gone elsewhere.

He couldn’t be sure yet though. He should wait a bit longer.

At this point, another series of dilemmas presented themselves.

First, he could see the toilets at the far end of the covered market, and was made aware of a pressing need to visit them. However, he had a shy bladder, and didn’t like using public toilets when other people were present. Once he had been told this was a psychological hangover from boarding school. He’d never been interested enough to get to the root of it. Normally he would wait and watch for a lull in traffic, but his well-being was at threat from another source, complicating the situation.

For he was also aware of a drop in blood sugar. The beer hadn’t sustained him for long. The accompanying tension, nervousness and sudden fatigue meant he needed to eat something quickly. He’d passed a stall selling baked goods on his way in. But was it safe to emerge?

He rose a bit higher to examine the threat level, and was distracted by a young woman walking down the aisle. She looked very much like the one who had reduced him to a teenager a few days before by the building site in Plymouth. Young, tall, dark hair, elegant in a long mauve tie-dye skirt and sandals, she was such a vision, the assault on his confused heart was becoming too much. Trapped in a maelstrom of conflicting desires and needs, he sank back onto the floor.

The good news was that the pain in his jaw had gone.

“Why are you lurking in the Romantic Comedy section?”

A maternal blonde woman, looked down at him curiously and kindly.

“Ehh yes, I’d like these please.” He grabbed a couple of DVDs from the bottom shelf and stood up, looking around anxiously.

“That will be six pounds please.” His prompt payment allayed any fears she might have about the situation, though she couldn’t help glancing in his direction as he left the market distractedly. She felt she’d stumbled into one of her movies, maybe a Hitchcock.

The car was by the leisure centre. Duncan managed to cross the road with no sign of his pursuers, and make his way alongside the river. He wondered if he could find a sheltered spot in which he could relieve himself.

There were too many people around. He was dimly aware of the beauty of the singing river, the trees swaying overhead, birds flitting, but any appreciation was drowned by his pressing need that had by now jostled into first place. Briefly, that need lost its position when he caught a glimpse of a chequered shirt the other side of the car park. He ducked down, weaving amongst the vehicles.

The first Kay knew of his arrival was the passenger door being flung open, him clambering in, and putting his seat belt on.

“Hi, Duncan. How did it go?” She started the engine.

“Okay. Oh you got some DVDs. That’s nice. I thought we could pop into the supermarket, get some food for lunch.”

“Do they have toilets there?”

“It’s a supermarket. Of course. There are toilets in the square. You must have gone right past them.” She couldn’t muster the energy to be puzzled as they exited. He was glancing around nervously. If she inquired after every exhibition of odd behaviour, it would ultimately be both exhausting and self-defeating. He could rarely explain himself fully.

“I missed ‘Woman’s Hour’,” he said randomly and sulkily after a pause.

Her effervescent smile lit up her features. “You can hear it online. Funny how there’s no ‘Men’s Hour’.”

“They’d only talk about tits and cars,” he grumbled.

They were on the edge of the town and entering the Morrisons’ car park when she said, also seemingly at random: “Are you going to call Jasmine soon?”

“I… I don’t know. Why would she want to talk to me?” he said, disappearing into his seat as if to illustrate his discomfort.

“She’s your daughter! You have a grandson!”

She punctuated her exclamation by pulling into a space. He was out the door and in quest for the toilets before she had put the parking brake on.

“You’re pretty much all she does talk about,” she said to the empty seat. 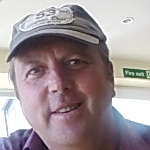 Dharma Anugyan was born in North Scotland, and spent some of his formative years with the Findhorn Community. He took sannyas in 1983, lived all over the world and is currently near Land’s End in Cornwall, England. His eclectic career includes microbiology technician, archivist, vegetarian chef, construction worker, science and English teacher, and Feng Shui consultant. He has written and directed two plays, written and co-written screenplays; and written six books. www.sdanugyan.com

Related article
Wrecking Ball – an introduction by the author 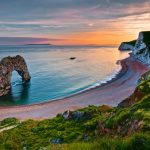 The Jurassic Period, a festival for the dinosaurs and for the first birds flying in the skies

The Teenage Poems and what I have learned since