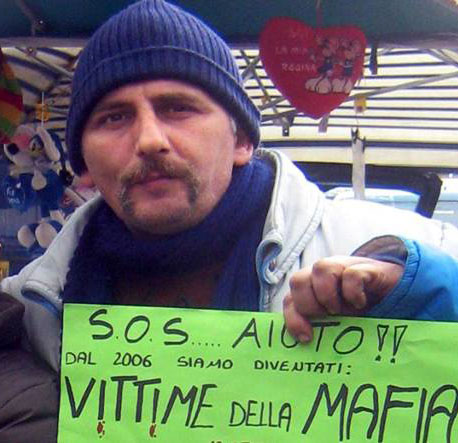 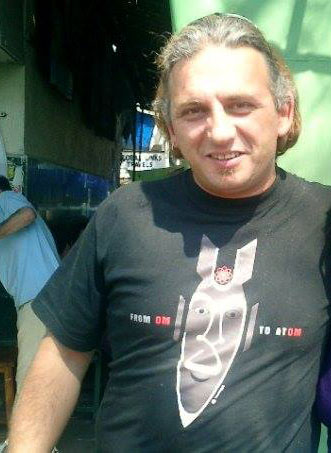 Samarpan (aka Mario Santilli) was born in Baden, a small town in Switzerland renowned for its large electrical engineering companies, as the only son to immigrants from Italy who had come to work there.

After his grandfather died – he had been a hard-working miner in Italy – he used his inheritance to travel to Egypt and then to India. In Pune, where he met Osho and received his new name, he opened a restaurant called La Dolce Vita which became well known among sannyasins but also local people. It was so successful that apparently even Kabir Bedi, the actor of Sandokan, was a guest there as well as various politicians. (It might be confusing that there was another Samarpan who was also a manager of a restaurant; his was however called Sangamitra.)

In Pune he became friends with Sonia, a local girl, and had a daughter from her (he also had two more children from previous relationships). After the restaurant went bankrupt and was damaged by fire, they worked hard to open another restaurant at another site, across the river, just after the bridge.

Samarpan eventually returned to Italy, together with Sonia, working on weekly markets. When he broke up with his wife he started travelling and working here and there, and living hand to mouth. During the earthquake in Aquila, in 2008, his family had been evacuated and lost all their properties in Castelvecchio Subequo. He finally bought himself an old camper van which he parked under the trees of Viale Ungheria in Milan. Samarpan was addicted to drugs – he had also been incarcerated in Goa for some time – and had struggled quitting.

In Milan he found employment at a call centre for the Red Cross, helping place homeless people and people in difficulties in shelters during the cold season. After working on some translations, this last March he started working for a reception centre for asylum seekers, also run by the Red Cross. They say of him, “He fought against all adversity in life and, despite everything, tried to always stand up again.”

Samarpan died, aged 49, from a heart attack. He was found in his camper van, under the summer heat, by his best friend Daniela, whom he had met at Sert, a centre for drug addicts. His body will be taken care of by his cousin sister, who still lives near Aquila, and his cousin brother.

Ciao Samarpan. I remember our first meeting during a fly stopover in Kuwait travelling from Italy to our “second home land”… Then your restaurant with a Fellini’s touch… Your car stopping by the German Bakery and driving away as a perfect expat! Finally your sitting behind your little shop at the Anjuna’s flea market.

Beloved soul, this life wasn’t easy, but you walked through with grace no matter what! You may have been always an EXPAT on this planet.

Wish you have found a beautiful rest in the Universe’s arms!!! 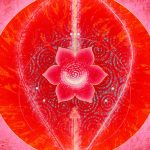 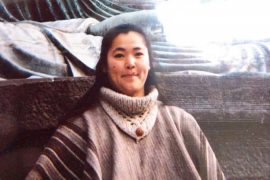 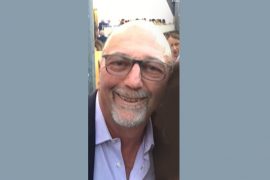