Rashid Maxwell and ‘The Only Life’

Deva Rashid (Rashid Maxwell) talks about his life, his path with Osho and the book ‘The Only Life’ he wrote about Osho’s first sannyasin and secretary, Ma Yoga Laxmi. The interview was filmed during the book launch on 11th December 2017 at Oshodham, Delhi.

A book arrived from Pune; the book was called, The Way of the White Clouds. My wife came into the cowtie in the early morning – I am milking the cow – and she starts reading. Within two sentences we are in tears, both in tears. because this guy is saying exactly what it was that we did not know what we were looking for. … In one paragraph he got us.

Laxmi was central in the commune, Osho was the still point at the centre of a turning wheel; she was the turning hub and we all the spokes. She was central to our lives. … She was my bridge to Osho before I could swim, before I knew anything about meditation.

She was channelling him. She was the hollow bamboo; she was the vessel for his vision.

We all had a great love for Laxmi, because of her central position. I also had a personal love because of the way she treated me; it had been so clean and helpful for me, nourishing. So when Swami Atul invited me to write about Laxmi, her life – first of all I said I am not a historian, I am not a journalist, I do not have that sort of mind. I had just written a novel, and I saw myself more as a poet and painter rather than a novelist. Veetmoha, who was Laxmi’s driver, had started on a biography of Laxmi; he actually worked with her before on some writing project… After a year he sent the manuscript to Atul. It had stopped at 1981, 15 years before Laxmi left the body. So Atul asked me to continue.

The first year I spent researching, writing, trying to use other people’s writings and then after a year I talked to Atul and he said, “You write YOUR book.” That was very encouraging, and I felt hugely trusted. I felt his trust all along. He has a particular love for Laxmi; he worked with her a lot.

It took me the next 2 years and it has been a very intense journey, because there are whole bits of the story which came down to me contradictory, that’s why I stated in the introduction that biography is a branch of fiction.

The truth of Laxmi’s life was in a way a template for an incredibly productive, creative way to live a life. Her relationship with Osho was one of devotion and for me that’s the thread that runs through the book. Because with devotion, which implies trust, surrender, a lack of ego – with devotion anything is possible. Devotion to the master. Her devotion runs through the book as a possible learning for all of us. I did not write the book to teach, any more as Osho was a teacher, but we learn from him. I have used the story of Laxmi as a finger pointing to Osho, because Osho Is the man for the times. we can see all around us that we are heading to the precipice, we are nearly over the edge… For me it’s clear that Osho is the one with the key how we can leave a future for future generations.

The book is the story of one who transforms herself in the way that humanity, or a good part of humanity, needs to transform itself, now, if we are to save the planet.

She lived a life that had its ups and downs; it had its major disasters and it had its wonderful uprisings, but throughout that graph, there is this line of devotion, trust.

The book is written particularly for this generation which I see coming up, who know that things are wrong, who know that the old ways are corrupted, who sees we can’t go on ‘business as usual’ … but don’t know what to do. And that’s many many people, it’s a huge proportion of the world. But we don’t hear their voice, because the voice of the press and the voice of the politicians don’t give them the space, don’t give them the voice.

From our Profiles >> People section:
Rashid: In the Tiger’s Mouth – Rashid tells us his story, about growing up in Britain, his studies at Oxford and Chelsea Art School – and how he came to Osho 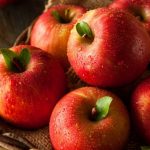 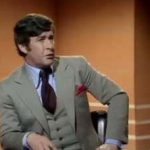 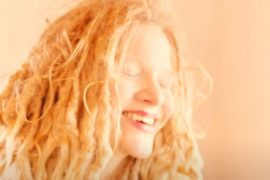 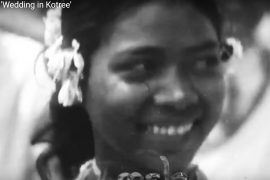 ‘Wedding in Kotree’ from ‘Mela’