Sitara states, “A good month, but the first half of August can be gruelling because of the occurrence of many sudden changes, and those in directions you are not prepared for.”

Mood of the Moment

A good month, but the first half of August can be gruelling because of the occurrence of many sudden changes, and those in directions you are not prepared for. But even if it seems you have to immediately overturn everything which you have been relying on, nothing is as urgent as it seems. While you will benefit by starting to adjust your course, radical sweeping blows are unnecessary, and in most cases even counterproductive.

At the end of August your self-assurance and confidence will be strengthened once more, and then, with Mars running again direct, you can move into new enterprises. Uranus supplies you with promising ideas along the way, and Saturn adds realism and straightforwardness. You will now become aware of careless mistakes in the last few months, and the Sun in conscientious Virgo sees to it that you learn from them and also devote yourself gladly to the necessary detailed work.

Aries: The more you stay centred and focussed, the more fruitful this month will be. At the beginning of August, you tend to make your own laws and thus step on your fellow human beings’ toes with might. You can practice dealing with the power of others or your own until the end of September. Be patient, from mid-month on doors will open unexpectedly time and again! But you won’t be able to really pick up speed until September at the earliest, when Mars has finally finished its two-month retrograde.

Taurus: A diverse month that offers you something of everything. Venus has a lot to do to provide harmony repeatedly. Flexibility is now the most important quality you should acquire, otherwise you will run against walls. Exploit all resources – at first your natural kindness and talent for flirting will help you. In the second half of August, bring out your diplomatic skills. And by the end of the month, you can finally just be yourself and give your life a new try.

Gemini: Stand by you. In the first half of August, allow yourself inappropriate thoughts and admit uncomfortable truths. However, it is better not to express them yet, because Mercury is retrograde. That means, now everything is still provisional, and by next month new information could come along which can change your opinions. If you’ve already been broadcasting them all over the place, a U-turn is more difficult or unpleasant. At the earliest by end of August you’ll realize what really is your truth.

Cancer: In August it is about self-esteem. Stick to your dignity. Don’t sell yourself short. Consider and respect yourself as you would wish the whole world to look upon you. This should not be confused with selfishness or egocentricity. You don’t have to rise above others for that. Recognizing that you, exactly as you are, are an indispensable part of the overall fabric of the universe is not arrogance but fact. You are involved and necessary to make the big picture work the way it does.

Leo: In this month there’s a lot to straighten out from what by now you’ve come to realize is wrong. Be patient, because it takes a while until the ship is on new course. Prove your learning aptitude. You didn’t have to have known everything all along and if you aren’t quite sure of your ideas and assessments then ask, seek for information and exchange concepts with others. Then, in the last third of the month you will enjoy all your resources and everything that you’ve set in motion.

Virgo: You are starting quite powerfully into August, and it will actually continue like this, and yes, even improve steadily. Only in the first half of the month could there be a slight low, especially in regard to your relationships. Don’t make too high demands on yourself now, but also not on others. Stay human and calm – it will all sort itself out. At the end of August, you’ll have a peak phase during which you will succeed in both renewing what is obsolete and create a firm foundation for what is new.

Libra: The most important planets are now in signs with other priorities than you have. Because you strive for harmony among everyone, your life in August is often stressful. Since you cannot change anything about the other planetary constellations, it is best to change your ideas about what harmony is. Look at the universe from the very top: the precision with which the most diverse forces are coordinated in perfect harmony – and effortlessly. Every force is simply itself.

Scorpio: Since the beginning of July, you have been going through a development that makes it clear to you that your ideas lack precision. This is either because of a tendency to wishful thinking or laziness or because you are strongly identified with certain ideas and have not yet come up with the notion that they may be untenable. In August it’s time to exercise more sober-mindedness and more logic. You could make the surprising discovery that the truth is much better than your ideas were.

Sagittarius: This month, an enormous expansion of your horizon, which has taken place since the end of 2017, comes full circle. Between May and August the development was less obvious, but the process never came to a standstill. Draw a résumé and stand by the greatness that shows itself. In fact, nothing is missing, and you can recline now if (yes, if!) the famous carrot dangling in front of your nose does not push you further along! It will try to do so. Have a look at what happens when you resist the temptations.

Capricorn: Mars returns to Capricorn and resumes the developments from May. By mid-September, you need to consolidate either your activities or your energy resources. If possible, develop a relaxed concept of where it’s supposed to go in the next three years. With Mercury a fundamental rethinking of one’s own importance and power is now taking place. You don’t have to prove yourself or keep on pressing ahead. Relationships work better too if you can let yourself be as you are.

Aquarius: The beginning of the month could be exciting: the turning point of something that started in May and completes itself only in September. So act far-sighted. You still lean to taking hasty steps that in turn cause you problems. The final word won’t be spoken now; you have more time than you think. With Lilith’s entry into Aquarius, there’s a tendency to dramatize things. Stay cool. This is now easiest with laid-back activities together with others or alone, but not through idleness.

Pisces: The more you rely on trust and surrendering to something bigger instead of wanting to do everything by yourself, the better this month will be. A development rounds itself off now; since last December it has been bringing you more and more inner peace. This peace is not precipitated but actually always present. What causes discord are only our efforts to realize our own ideas – whether they fit or not. If something is absolutely impossible, wait and see. Sometimes the time just isn’t ripe. 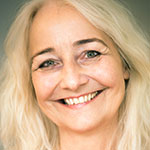 Sitara became a disciple of Osho’s in 1979. She lives in Germany and has been writing the horoscopes of the German Osho Times since 1998. Passionate about astrology since childhood, she has published several books on the subject. She gives personal sessions, also over phone or Skype, focusing on spiritual development. Moreover, Sitara offers end-of-life care counselling (free of charge). She is currently teaching and writing about traditional advaita vedanta for Western seekers. www.astro-sitara.de

Living in a supercharger 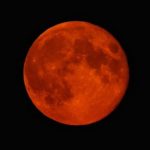 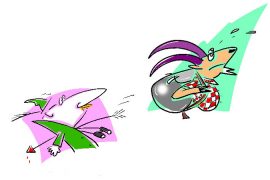