Forty years ago, Satyananda’s book about Osho, his orange sannyasins and the ashram in Poona made a huge impact in Germany and unleashed a caravan of thousands of Germans (among them also Austrians and Swiss) headed to Poona; most of them became sannyasins.

Since then, non-German speaking sannyasins who had heard about the book never ceased to ask when an English translation would be forthcoming. In the late seventies, Satyananda posed the question to Osho who, if memory serves, replied that “now is not the time.” Two years ago, it must have felt like the right time to Satyananda, when he asked Dhiren to translate his book and Dhiren immediately jumped to the task.

In the now and basking in the joy that this wonderful translation has materialized, foremost gratitude to Anand Dhiren, who came up with a fabulous and sensitive translation. Incredibly, I can ‘hear’ Satyananda speak when I read the narrative. Dhiren must have morphed into Satyananda to some degree while he was working on it! And so much appreciation to Deva Gitama, Satyananda’s beloved partner, who fully supported the translation and took on the meticulous research of sourcing the quotes by Osho that Satyananda had included in his book.

‘The Cosmic Madhouse’ has lost nothing in its intensity over those four decades; the colourful narrative of Satyananda’s keen and witty observations are as fresh as they were when he penned his experiences. It is a thrilling, roller-coaster read that not only brings up so many memories for those who were his fellow travelers but provide deep insight and innerstanding about the community around Osho, and Osho’s work and vision. Immersing oneself in the many day-to-day life stories, one senses the ashram’s vibrancy; people he portrays come to life, the surroundings take form in one’s inner eye, the lush foliage breathes. Every day is exciting and full of challenges – group experiences, work situations, and relationship scenarios are revealed with humour and self-reflection.

The communes that thrived around Osho were mystery schools, reflecting the love affair between the master and disciple; in its wake, a deep inner communion arises. It is a personal connection that has nothing to do with any outer organization. All phenomena occurring in the mystery school are seen as devices for surrender to the Master and are of tremendous help to find out ‘Who am I?’. To the outsider, such a mystery school can indeed appear as a madhouse.

Dhiren says in his foreword, “The title of this English translation came about as the result of an impetuous reply to Laxmi, Osho’s secretary at the time. She was worried that the book might be ‘negative’ and Satyananda told her it would be called ‘The Cosmic Madhouse’ as that was closest to what he was experiencing there at the time! It becomes clear in his text that while the world outside the ashram gates is also a madhouse, it is the unique presence of a master and thousands of disciples which make the commune a ‘cosmic’ madhouse.”

A heartfelt recommendation to all those who haven’t had a chance to read Satyananda’s cosmic adventures previously – now is the time to do so!

Read an excerpt on Osho News
It is his eyes that fascinate me from the first moment
Yesterday, I was almost ready to leave

German-born Satyananda (aka Joerg Andrees Elten) (20 March 1927 – 29 January 2017) was an international political reporter for the German Stern magazine. In 1977 he was assigned to report about Bhagwan and the ashram, became a sannyasin, dropped his career and moved into the ashram. For many years he lived in West-Mecklenburg, and together with his beloved, Deva Gitama, gave workshops and continued to write articles about current news and spiritual themes and was frequently invited as a public speaker. hierjetzt.de 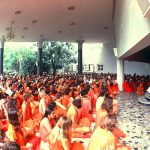 It is his eyes that fascinate me from the first moment 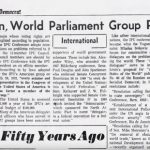 The Inter-Parliamentary Union: are they running the planet? 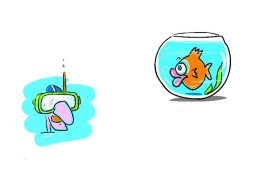 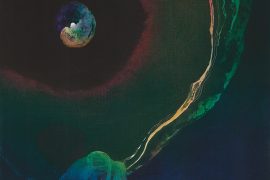 The whole of humanity is living in a deep, deep sleep

Picasso is asked what he is painting