Democracy is like sex: If it’s not messy, you are not doing it right!

Subhuti shows how confusion, disagreement and debate over Brexit is the sign of a healthy democracy at work. 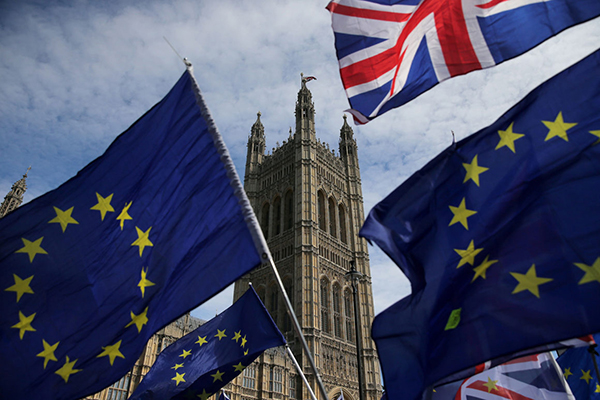 A couple of years ago, a young British politician made headlines when she stood up in the House of Commons and commented: “As Woody Allen said about sex, ‘If it’s not messy, you are not doing it right.’” She added, “The same is true for democracy. It is not always predictable, its results not always elegant.”

Her name was Kemi Badenoch. As a teenager, she came to Britain from Nigeria and 21 years later had just been elected as a Member of Parliament, when she compared the joys of messy sex to the scrappy nature of democratic politics.

Today, with UK politicians divided over the issue of leaving the European Union, her comment is proving even more true. Applying the sexual metaphor, the Brexit debate has become so messy that it has to be the most democratic process ever seen in Parliament. Which makes it strange to hear the Brexit saga being condemned as a “failure of democracy” or a “failure of the political system.”

Even a few MPs believe it, on both sides of the argument. “I am ashamed to be a member of this Parliament,” said one pro-European MP. “Britain has been humiliated,” declared an anti-European opponent. But there is no need for such self-recrimination.

Seen from a fresh perspective, the political situation is just the reverse: Britain’s Parliament has never been healthier. Democracy has never been so vibrantly alive. Up to now, Britain’s parliamentary system has been presented to the world as model of democracy, but it has functioned in a rather lukewarm way.

Lord Hailsham, one of Britain’s longest serving politicians, described it as “an elective dictatorship.” Why? Because in British elections, the voting system favours the two dominant parties, Labour and Conservative. Smaller parties may pick up millions of votes across the country, but they don’t win many seats. As soon as Labour or Conservative obtains a majority, it forms a government, and this government rules the UK for the next five years.

Power shifts to the Prime Minister. Autocratic rulers, like Margaret Thatcher, for example, are free to aggressively impose their agenda on the country. In the House of Commons, even those MPs who were victorious in the election, become a kind of rubber stamp for the Prime Minister’s policies, not daring to defy their leader.

But with Brexit, all this has changed – and changed dramatically. Parliament has taken back control from the government. Both major parties have fragmented, splitting into several political factions. New political alliances include MPs from all parties: Labour, Conservative, Scottish Nationalist, Liberal Democrats, Unionists… Suddenly, the rubber stamp Parliament has morphed itself into a powerhouse of meaningful debate.

Nobody has felt this change more keenly than the current Prime Minister, Theresa May. Having spent two years negotiating a Brexit deal with the European Union, Mrs May has now discovered she cannot get it approved by MPs.

In desperation, she has warned them that to reject her deal would be a “democratic catastrophe” and a “betrayal” of the 2016 referendum, in which 52 percent of those who voted said “yes” to leaving the EU.

This is nonsense. In the first place, it was made clear before the referendum that the result would be advisory, not binding. In the second place, the result was flawed by all kinds of campaign misinformation, fake news and cyber manipulation. In the third place, the winning vote represented only 37 percent of the total British electorate.

In addition, there is the underlying issue that direct democracy, using referendums, is not a good way to run a country, because public sentiment is fickle and easily swayed. That’s why referendums about constitutional change in other European countries require a two-thirds majority, or 60 percent approval.

Why do so many countries, including our own, prefer to govern through a representative democracy, in the form of a parliament, rather than through a succession of referendums? Because it is generally recognized that the will of the people needs to be filtered through careful consideration and debate, before becoming law.

So, this being the case, why did we have a referendum on Brexit at all?

The answer, unfortunately, lies in political cunningness. David Cameron, the previous Prime Minister, thought if he promised a referendum it would help him win the 2015 general election. And he was right. His party won an outright majority. But he paid a heavy price for it: Cameron never dreamed the country would vote “Leave” and he had no idea it would cost him his job.

Theresa May eagerly took over Cameron’s post, determined to go down in history as the Prime Minister who took the UK out of Europe. But she, too, had no idea what she was getting into.

Now, after three defeats in Parliament, she pleads, threatens and cajoles other politicians to support her Brexit deal. She may yet succeed. Or, she may fail. Or, she may soon be out of a job. All options are open. But her success or failure will depend on her ability to create a consensus in Parliament.

The noise and passion generated by the ongoing struggle to create this consensus is being widely condemned. But, in fact, these are the sounds of a democracy at work.

Seen through the eyes of Woody Allen’s metaphor, it’s a successful mess.

So, take your time, honourable members, while the rest of us sit back, relax and enjoy the show. It may never happen, quite like this, again.

Subhuti is a writer, author and gives workshops and sessions in the Enneagram, Tarot Card Reading and Inner Man Inner Woman.

If you don’t speak up

Mind is ambitious and ambition is the root of politics

Nepal – Another Tibet for China

Love and sanitizer in the buddhafield